With the new Srixon Z 765 irons there is a lot that looks eerily similar to their predecessor the Z 745, and that is just the way the company wanted it. In the end, it makes little sense to go after a wholesale change of something that was so highly thought of by amateurs and professionals alike. However, Srixon has still pushed to improve this muscle-cavity irons performance internally, while riding the wave of a classy looking exterior. THP received the new Z 765 irons for review in a 5-PW configuration, paired with the Nippon N.S. Pro MODUS3 Tour 120 shafts in stiff flex. 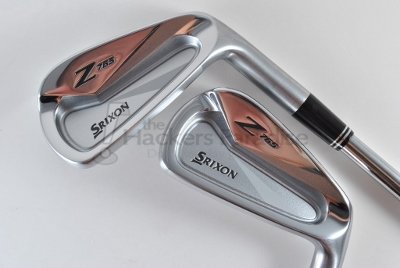 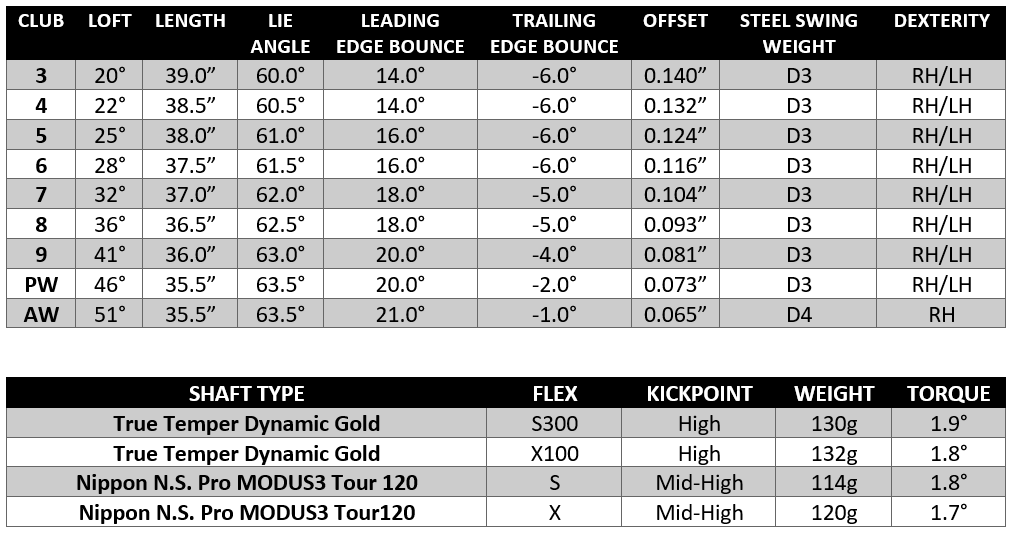 The basics of Srixon’s V.T. Sole is that by creating a positive bounce angle on the leading edge and a negative bounce angle on the trailing edge of the club there is a “keel” of sorts created in the middle of the sole. What this does is to allow the club to have a sole that will glide through the turf at impact while simultaneously limiting contact time with the turf. At its roots it means more versatility and consistency from a variety of lies and conditions. This year, the sole in the Z 765 has been modified even more to better fit the fact that most mid to low handicap players, who tend to gravitate to a muscle-cavity design like this, have a better/later release of the club through impact. During review, the V.T. Sole stole the show, allowing consistent divot patterns and depth in a plethora of conditions from the soggiest to the most hardpan like. This instilled a confidence in really attacking the ball from all lies as opposed to being concerned about bounce angles as with a lot of traditional style soles with consistent curvature.

There are three key changes in technology that Srixon is focusing on as key performance traits with the Z 765 irons. For the sake of this review, it makes sense to take a closer look to better understand the technology at hand while also discussing how each design feature effected performance during review.

The majority of forged muscle-cavity irons on the market are built from 1025 Carbon steel, Srixon has instead elected to utilize 1020 Carbon once again. The lower “carbon count” of the 1020 should have a more dense sensation to create a “softer” feel without sacrificing strength and thusly the distance potential of the design. One of the big draws for many with the Z 745 release from Srixon was the feel, with the Z 765’s that has returned, and when combined with some mass movements that will be covered later, there is an even more “plush-power” sensation to the irons that should appease even the most hardcore of the forged crowd.

Srixon actually widened the grooves in the Z65 series compared to the previous iterations. The idea is simple, larger grooves allow more debris to be channeled away through impact which will lead to better face contact and more consistent spin creation. Added into all this is the fact that Srixon has utilized the “Double Laser Milling” as well to increase the surface roughness to help create more spin consistency off the rack as well. During testing every lie imaginable was thrown at the Z 765’s and the ability to hold greens was uncanny at times, even on the vaunted bottom groove miss. Funneling away more debris is huge when combined with what the previously discussed V.T. Sole accomplishes and that the design also produces more spin than a more game-improvement type. So basically, the spin is there naturally, but by modifying the grooves the consistency has been improved.

As discussed in the opening, the first thing most will notice about Srixon’s Z 765 irons is their uncanny resemblance to their predecessors, at least upon first glance. Make no mistake, this is a calculated move by the company, and one that many others should take note of. The company received a wave of compliments on the looks of the previous version and as such realized that when something works, tweaking can be more beneficial than a wholesale change. The Z 765 are a combination of angles and curves finished in a duo of polished and satin chrome, a look that lets them stand firm as one of the best looking muscle-cavities on the market. Also of note, the Z 765 have more mass in the rear moved towards the toe than before. Beyond that, they present a slim but squared topline, minimal offset, decent blade length, and slightly more narrow soles. 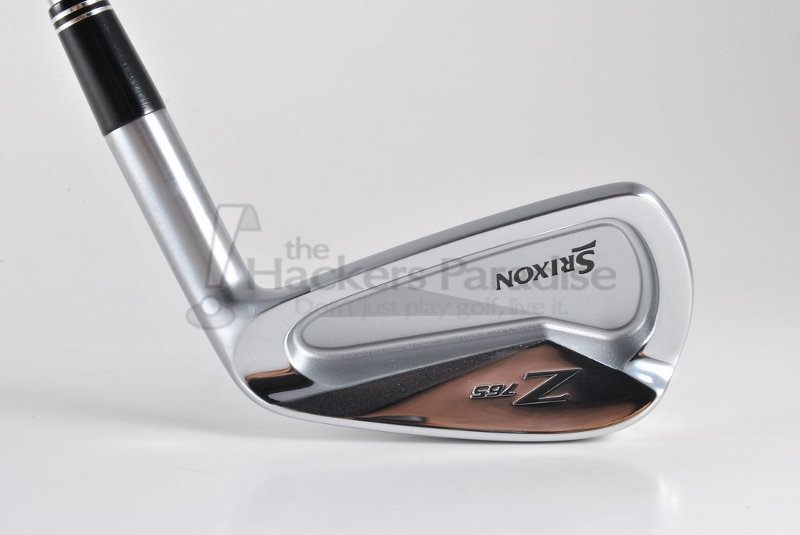 While this reviewer isn’t one who subscribes to a lot of what goes on in the cast/forged debate, there is no denying that Z 765 create an audible and tactile feedback that will be considered “soft” by those who hit them. Naturally, the profile and design lends to creating a more solid sensation through impact, but it also allows for distinct feedback as to where contact is being made. Shots low on the face have a more dense-firm connotation to them, whereas higher is a bit more clicky. Similarly, the heel gives the harshest feedback, but that shouldn’t surprise given the lack of mass in that area of the clubface. The biggest change for this reviewer is that with the shift of mass towards the toe in the lower muscle-cavity, strikes there really feel like there is still something behind them, because there is. 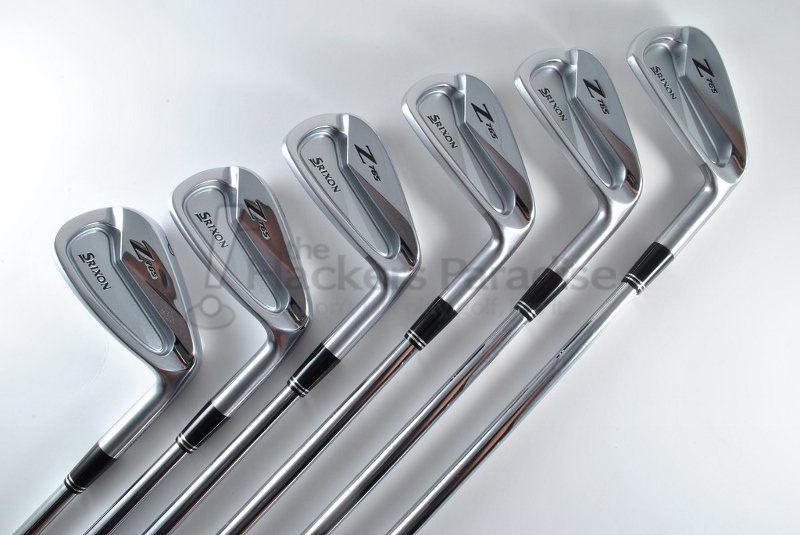 Paired with the Nippon MODUS3 shaft option, the Z 765’s offered a high overall ball-flight for this reviewer with even the 5i reaching an apex of over 30 yards and increasing throughout the set, a welcome sight as a mid-ball hitter. While the smooth nature and flight profile of the MODUS3’s will definitely launch the ball higher than the other stock option of Dynamic Gold, the head itself is a large part of the ball flight. While the spin generated was lower than anticipated, combined with the CG and V.T. Sole the Z 765 are one of the easier to launch muscle-cavity sets this reviewer has tested. Even then, they respond as one would expect for a club aimed at more consistent ball strikers with all of the ability to flight the ball down and a large window of directional workability. Golfers who prefer a profile like these will be impressed with what Srixon has created because they are extremely conducive to hitting specific golf shots. 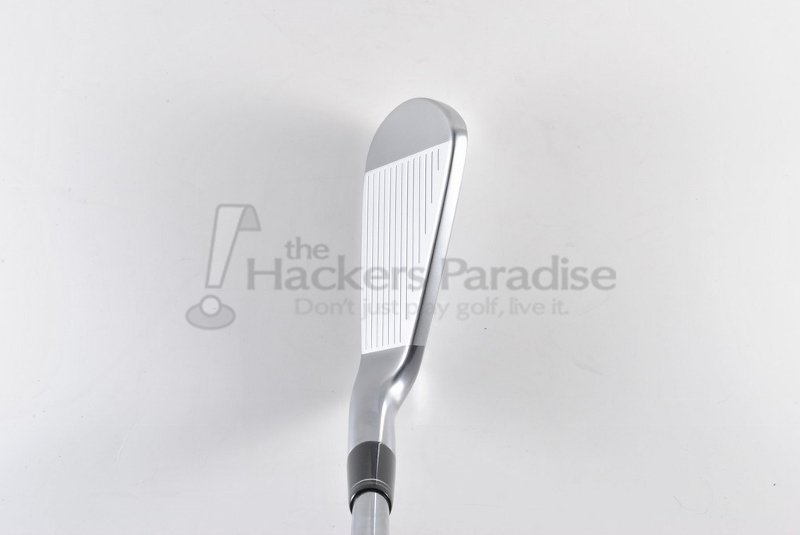 It is evident that an iron of this profile is not going to be the longest iron on the market, but in its category what was seen during review were ball-speeds and distance that is above average for the design type. The impressive attribute as it relates to distance though was with the consistency and dispersion seen on well-struck shots as well as misses. Even though there is only so much that can be done in a muscle-cavity, Srixon has maximized much of that by shifting the largest portion of the “muscle” on the flange towards the toe. Moving the mass like this, though not a major talking point from the company, is something we are seeing more and more in designs because it helps the CG while also increasing the stability of the head on more common toe misses. 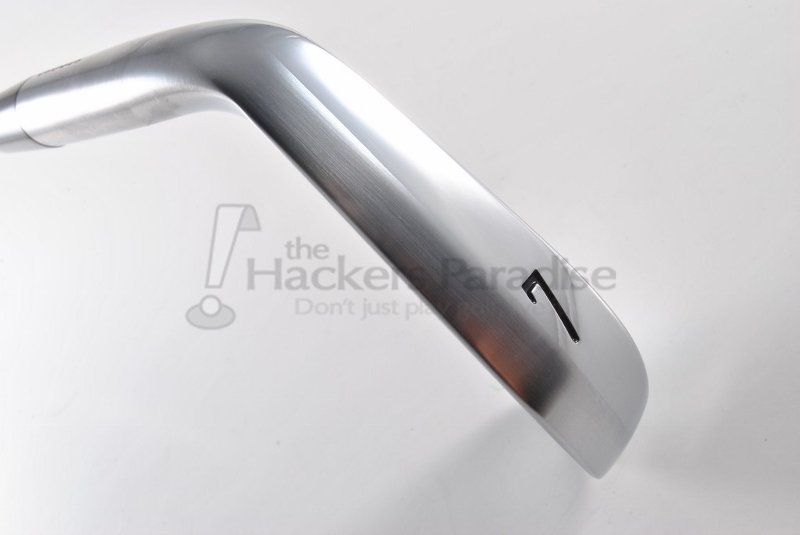 Compared to the Z745, shots hit toe-side with the Z 765 held a much better line with less of a propensity to draw through gear effect. Strikes high on the face were met with the largest spin and launch increase leading to about a 1.5 club distance drop but maintained a good line. Additionally the low miss kept very good directional consistency and despite the lower flight was often capable of still keeping enough spin to hold the back of greens.  The overall package is one of the more playable muscle-cavity designs this reviewer has worked with, though it is key to remember they simply aren’t going to be as forgiving as larger profiles out there, but Srixon has done well to maximize what the profile can do. 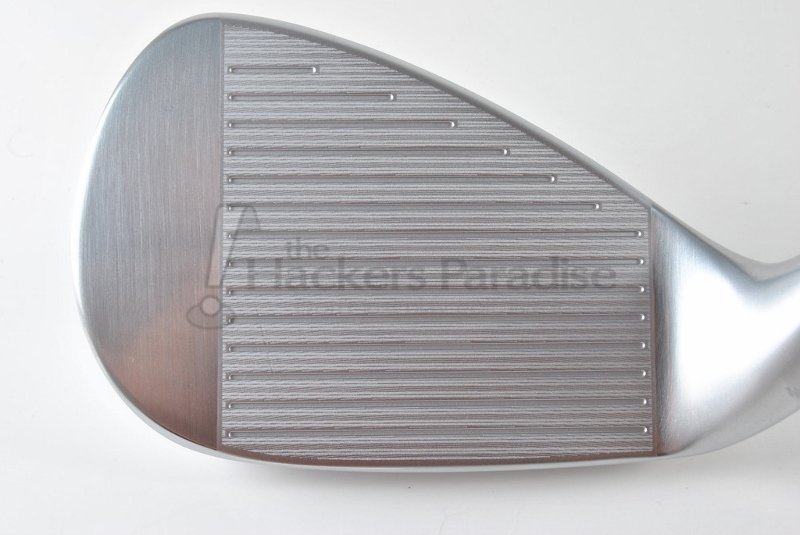 Based on aesthetics alone the Srixon Z 765 will be deserving of a closer look for most, but add in the technological tweaks and the performance is worth a look as well. Srixon has evolved a wildly popular design into something that isn’t just a quick and easy follow up. Though the profile won’t fit the needs of many amateurs, better ball-strikers will find a club that offers a smaller profile combined with consistent performance and a very nice feel that stands up well against anything else in this market segment.

The Z 765 irons have a starting price $1099.99 for an eight-piece set, and more information on them and the entirety of the new line will be available on www.Srixon.com.