When TaylorMade opted to advance into the M3/M4 name with Twist Face, they did so because the technology deserved its own name.  With 2019 bringing M5 and M6 drivers to the market, there leaves little doubt that significant technological advances have been made to welcome the naming update to the number one driver in golf (for the last 17 years).

What makes this update so significant?  It is all about execution, and TaylorMade has done so with the new Twist Face, one that is “Speed Injected” to really test the boundaries of ‘spicy’ or ‘hot’ driver heads.  Essentially, they are fine tuning their latest products by injecting various amounts of resin into the toe and heel portions of the face in order to maximize speed of the face to the allowable limit.  This process is completed using a proprietary algorithm and seeks to make each head perform equally, rather than have an open variance from head to head that is present in the industry today.

TaylorMade has broken it down into a four-step process to promote speed to the allowable limit:

While the face technology leads the performance of the heads with a 66% larger sweet spot in the M5 over the M3, there are many changes from M3/M4 cosmetically that will intrigue golfers.  Carbon Composite is utilized in the crown and sole areas to improve weight allocation, and mass distribution around the head to fully optimize it.  This also makes for stunning visuals with a satin finish and significant forward movement on the crown of the carbon finish, moving the TaylorMade logo alignment aid into the carbon itself. 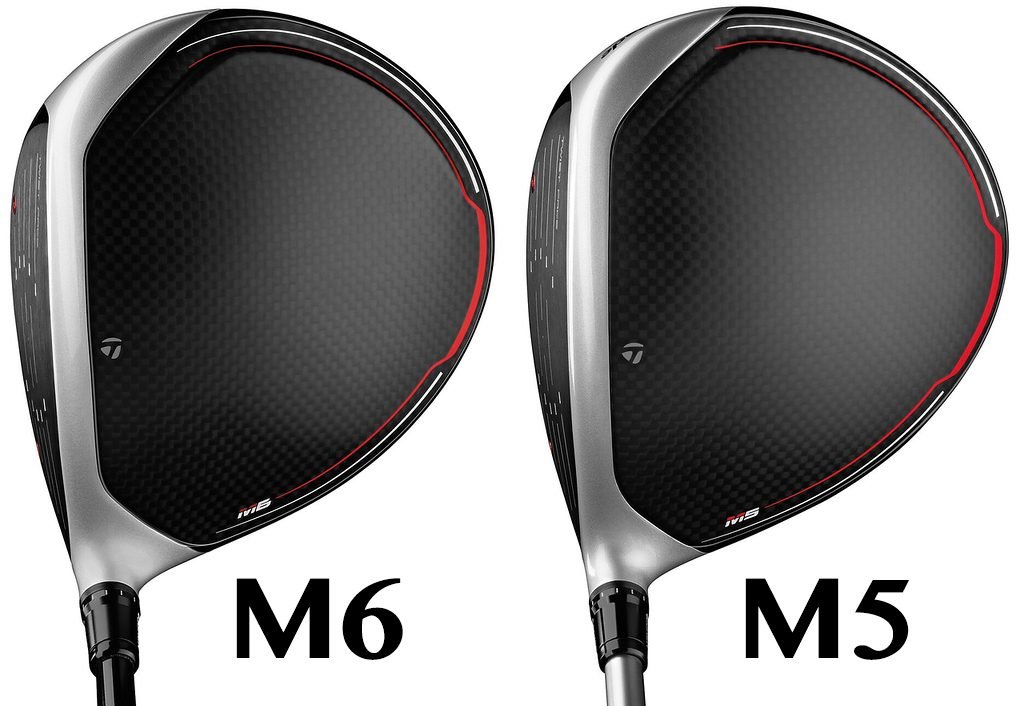 Both the M5 and M6 drivers feature Hammerhead 2.0, a significant slot behind the bottom of the face will work with the Twist Face and introduce even more ball speed retention on less than ideal strikes.  Both driver designs feature the Hammerhead 2.0 slot that extends nearly the entire length of the face, with one small stabilizing bar near the heel of the head.

Highlighting the M5 sole is the “Inverse T-Track” with two 10 gram weights that have the ability to be individually maneuvered to accommodate for ideal spin or trajectory tuning.  As the pictures will represent, golfers have the ability to send the weight extremely far forward and back with the lateral path being almost against the back of the head.  TaylorMade boasts 1,770 unique CG configurations with the two weight system.  With the two toned Carbon profile, this is also the most visual sampling of carbon composite with it spanning nearly all of the sole, and even overlapping some of the T-Track.

Included in the 2019 driver release is a 435cc M5 Tour head, designed for the golfer looking for less spin, more workability, and the preference of a compact profile while standing at address.  This is a significant drop from the 460cc M5 head, however TaylorMade boasts the same speed injected technology in both models. 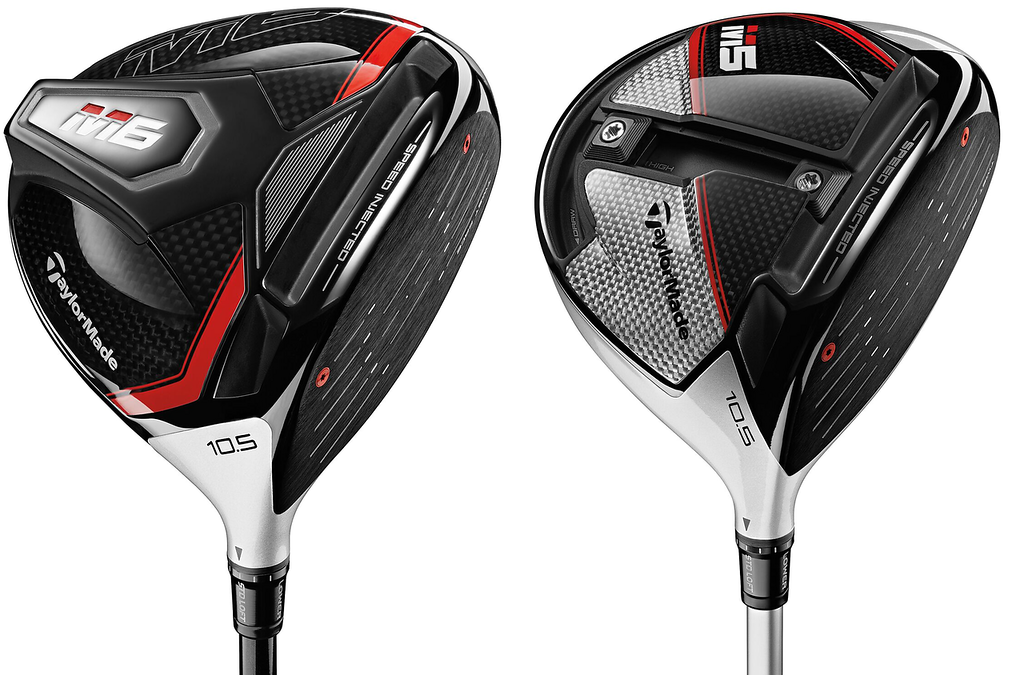 While the M6 does not include the T-Track weight system, it does feature what they are calling the ‘Inertia Generator’ which is a design profile that has weight very low and back on the head.  Where the M4 weighting was quite higher, the M6 drops around 46 grams to help promote serious forgiveness.  This is all surrounded by weight saving Carbon Composite (46% more carbon than M4) in the heel and toe areas, all behind the Hammerhead 2.0 slot system.

Included in the 2019 M6 release will be a “D-Type” head that makes the face appear more open, leading to a more closed face at impact.