Its been just a few years since the FedEx Cup came into reality and the golf world was greeted with a playoff system. What was announced in 2005, and first took shape in 2007 has evolved into a points race all leading to the end of the season and a champion named. 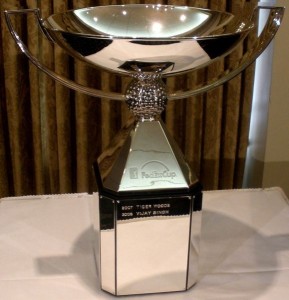 The “Playoffs” are made up of four tournaments.

After the BMW Championship, the top 30 move on to the “finals” and points are reset. The #1 player has 2500 points, the #2 player has 2250 points, all the way down to the #30 player who is given 210 points. By resetting the points, it ensures that any of the top 30 players has a mathematical chance of winning the FedEx Cup. This also gives the advantage to the top seeds (the top 5) by giving them a “Win and you win” situation.

Bill Haas is your defending champion and going into this year, it is really anybody’s race. THP wants to hear from you…Who will win the FedEx Cup in 2012?