An industry leader in golf ball sales and innovation, Titleist recently announced the release of their new 2013 series of Pro V1 and Pro V1x golf balls. Pro V1 is easily the most recognizable name in the golf ball market and is marketed heavily by the legion of touring pros that play it. In addition to Tour feedback, Titleist has been sending samples from their new line to consumers and some have already shared their thoughts on the THP forum. I’ve also been testing both the Pro V1 and Pro V1x for the last few weeks, and will be sharing my thoughts in the review below. 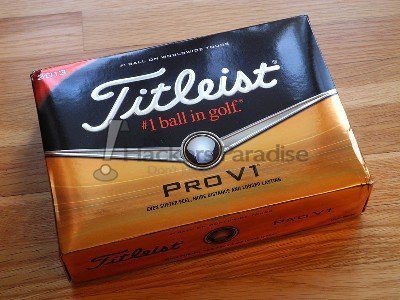 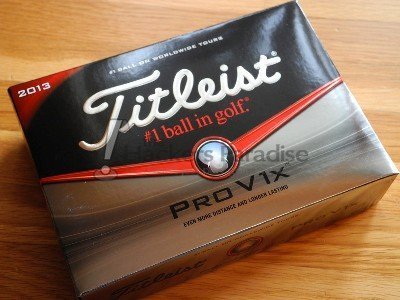 Even More Distance and Longer Lasting

What’s New and a General Description 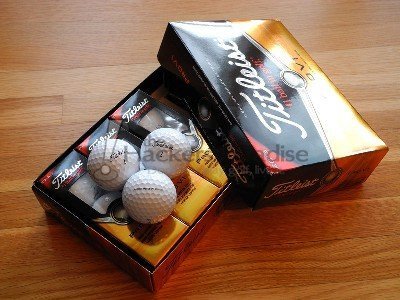 Titleist is pushing a few choice themes when it comes to the 2013 Pro V series – Softer, longer, and longer lasting.

The 2013 Pro V1, a three piece ball, is the softer-cored ball of the two offerings, providing a little more driver spin to go along with its short game stopping ability. Titleist is touting their new ZG process core technology that “makes this the best-feeling Pro V1 yet.” According to Bill Morgan, Senior Vice President, Golf Ball R&D, the 2013 Pro V1 is “the softest Pro V1 we’ve ever made.”

In addition to the softer core, Titleist is saying that the 2013 Pro V1 is sporting a new cover and paint system that “have increased the durability of the new Pro V1, making the ball look whiter and brighter longer.”

The Pro V1x, a four piece ball, is primarily marketed as the firmer feeling distance ball in the line, by virtue of lower driver spin and “a deep downrange peak trajectory.” At the same time, it’s designed to possess a similar level of greenside spin and the same improvements to cover durability. 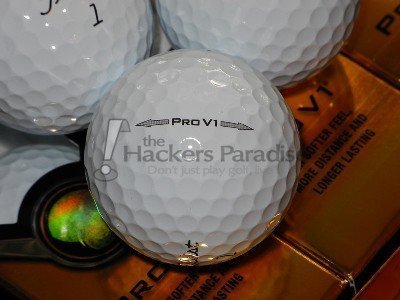 Both balls are a very bright white and have the expected soft-feeling, almost tacky cover that goes hand in hand with a premium Tour ball. Not highlighted by Titleist, but appreciated by this writer, were the newly designed alignment aids. Opposing gray arrows, rather than the black we saw in the 2011 line, surround the traditional lettering and were quite pleasing to the eye.

While it’s a commonly marketed trait, feel is the most subjective of all qualities when it comes to golf equipment. As mentioned before, the new ZG core process is designed to have made the 2013 Pro V line softer than ever, but I don’t know that I can definitively judge that. Still, I did get a sense that both balls were pleasing to the ear on impact and not at all overly firm. The simplest test of that is through putting, where both the Pro V1 and Pro V1x provided the soft click that I’d expect from a urethane covered ball. Even in the colder temperatures I found myself testing in, both balls were pleasing to hit off of every club in my bag. 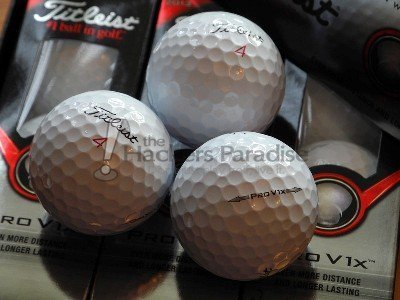 Testing consisted of both on-course use and data collected from a Vector X launch monitor. For the purposes of comparison, my driver swing speed hovers around 100mph to slightly higher. I tend to sweep the ball, have a somewhat slow tempo, and produce lower spin rates with most clubs. Like most amateur golfers, I have a swing that performs well at times and not as well other times. Please keep that in mind while reviewing the figures below.

This was the one element of performance that I didn’t test via launch monitor. Instead, I relied solely on testing at a local course. Both balls appeared to possess enough spin for me to produce some checking action with aggressive chip shots. I didn’t notice anything extraordinarily different among the two balls, or when comparing them to other urethane covered balls. I typically do not impart Tour level spin on greenside shots, but I did see enough that the ball slowed down after its initial impact with the green.

My 100 yard shot is normally what I’d consider a 9 o’clock pitching wedge. On course, I saw a great level of stopping control with both the Pro V1 and Pro V1x with this shot. While I’m not a high spin player, I do look for this shot to hop and stop very quickly. One thing I did immediately notice was a generally higher trajectory (with both balls) when compared to the surlyn covered ball I often use.

Launch monitor data showed that both balls performed similarly for me with this shot, with some exceptions. Most notable was a higher launch angle and greater spin rate from the Pro V1, while the Pro V1x tended to flight a bit lower. This leads me to believe it is the faster stopping of the two balls when it comes to partial swings with a wedge, though I didn’t see a big difference on the course. Both were fairly high flying and quick to stop.

Here’s a picture showing results from this shot on the course (looking back towards the fairway). 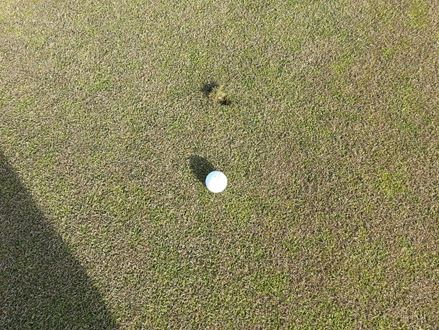 A common theme among both balls that I noticed with shots from a scoring iron was height. I hit some towering shots on the course with my 9 iron and launch data backed that up. Both balls provided acceptable stopping power here due to a high trajectory and decent spin rates. The Pro V1x did have a lower trajectory, but ball height was still quite high.

Again, both balls performed similarly for me with a mid-iron. I saw a touch more carry with the Pro V1x, but for all intents and purposes, the balls behaved identically for me. I will say that I really liked what I saw from both balls here. They were great feeling and had exceptional distance. You may notice a fairly low spin rate in the table below, which is a common theme for me with any golf ball and a mid iron.

With a hybrid in hand, I didn’t see a big enough difference between the two golf balls to lead me to believe one performed better than the other for my game. Both produced typical spin and launch rates that I expect to see from a hybrid and were similar in performance, both on course and on the launch monitor.

Shots with the driver proved to show the greatest variance for me in launch monitor testing. While both balls were sufficiently long, the added launch and spin I saw from the Pro V1 produced a higher trajectory, and consequently, further carry distance. On course results didn’t reveal a great difference in total distance, but I did feel like I noticed a variation in ball height when comparing drives.

On a personal level, the increased spin and launch from the Pro V1 was a benefit to me, though many may find a little lower launch and spin to better fit their needs off the tee.

In short, I found both balls to perform in the manner that Titleist describes them. Both balls provided acceptable distance off the tee, but contrary to normal conventions, the Pro V1 proved to be the longer ball for my driver swing due to increased spin that I seem to need. In truth, both balls performed pretty equally for me through the rest of my bag, aside from a slightly higher spin rates from the Pro V1 in the scoring iron and wedge categories. My anecdotal statement regarding control (accuracy) is that I felt the Pro V1 was a little easier for me to keep in line on the course, though data doesn’t completely back that up. All things considered, I’d probably choose the Pro V1 among the two balls, but your results may vary due to any number of factors.

With both the Pro V1 and Pro V1x possessing soft urethane covers, they are bound to be less durable than the firmer covered balls that many golfers use. For example, when I hit a cart path I saw some gouging of the cover rather than a scuff, but that is a completely normal result for this type of ball.

During indoor practice and launch monitor testing I used the same two balls (one of each type) for hundreds of full swings. Both balls handled this abuse with flying colors, as you can see below. 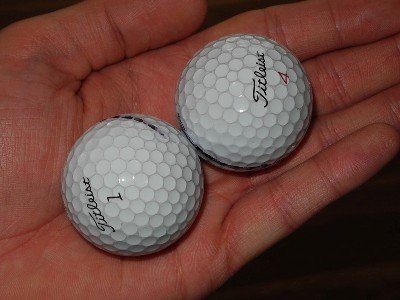 The only thing I’ll add to that statement is that I’m typically not that hard on golf balls. For example, I rarely take chunks out of a ball with my wedges. Still, I think both balls showed great resiliency after repeated strikes over the course of a few weeks’ time.

In short, I found plenty to be impressed about with both the 2013 Pro V1 and Pro V1x. They both offered a good combination of spin, distance, and durability. While one seemed to fit my needs better than the other, that’s merely a personal inclination that showed itself after a great deal of testing and analysis. I’d encourage you to find the ball that works best for your game in the same manner. Both balls from the 2013 Pro V series are now available with a MSRP of $62, though I’ve seen them selling about 20% cheaper than that at online retailers. You can get more information at Titleist’s website, www.titleist.com.