One of the benefits to being predominantly thought of as a fairway wood and hybrid oriented company is the chance to truly push the envelope with other clubs in an attempt to create true technological advancements others might be too set in their ways to attempt. The XTD line from Adams is essentially just that, as XTD to them stands for “eXtra Time and Dollars”. The entire XTD lineup this year features a wealth of R&D, and perhaps none more than the XTD Driver.

For this review THP spent time with the Adams XTD driver at 9-degrees of loft paired with the stock Matrix Red-Tie shaft.

Information on the XTD driver from Adams Golf:

Featuring several industry firsts, the XTD Driver is made like no other driver in golf. With a redefined manufacturing process, each head is tested four times to ensure the hottest permissible face within USGA rules and the tightest tolerance in golf. Today’s current competitive standard is measuring only a small percentage of the total production.

XTD is the only driver to feature Cut-Thru Slot™ technology. These create an unmatched spring-like effect and expands the sweet spot to promote maximum ball speed on off-center and on-center shots.

Instead of testing a small percentage of drivers, EVERY XTD driver is tested up to 4 times to ensure max spring-like effect on every club, within USGA limits.

Result is Hottest Face in Golf.

Adams has always been on the forefront of the slotted golf club with their R&D constantly improving and pushing the envelope as to what performance can be attained and just how much influence it can actually play on ball speeds. With the XTD they are introducing the only driver on the market with cut-through slots, seeking to provide a more spring like effect and maximum production and retention of ball speeds. 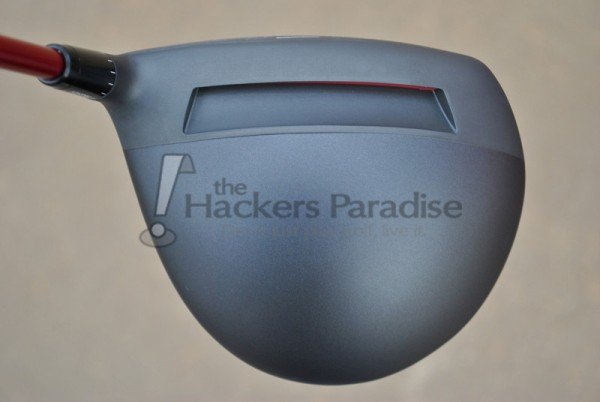 Time spent with the XTD indeed illustrated through multiple sessions of recorded ball speed numbers that the head is certainly capable of putting up some of the highest numbers seen compared to many other offerings. Along with the impressive ball speeds the launch angles seen off of the head were slightly higher (mid) than initially anticipated when taking into consideration the overall spin profile of the design. 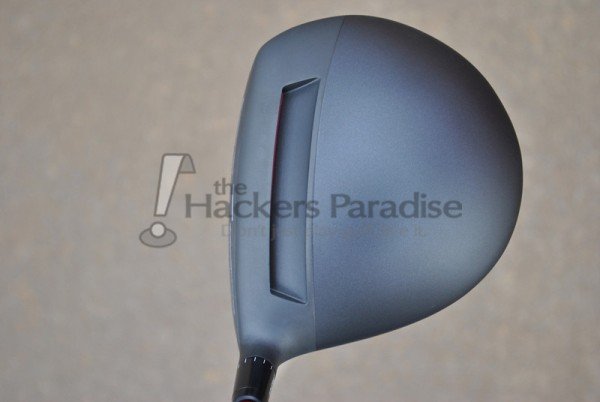 Aesthetically, the slot is impossible not to notice right away. Its presence on the crown has been and will always be a point of contention for some, but after a bit of time it becomes second nature to look at for others. Equally noticeable is the variance in materials (cup-face) around the slot and on the rest of the crown. Essentially, the face continues up around the slot leaving the adjoining lightweight crown further back both on the crown and the sole. This combination leaves for a very unique two-tone look on the head from address and helps the slot serve as an additional aid in ensuring the face is properly aligned to the target line at address. 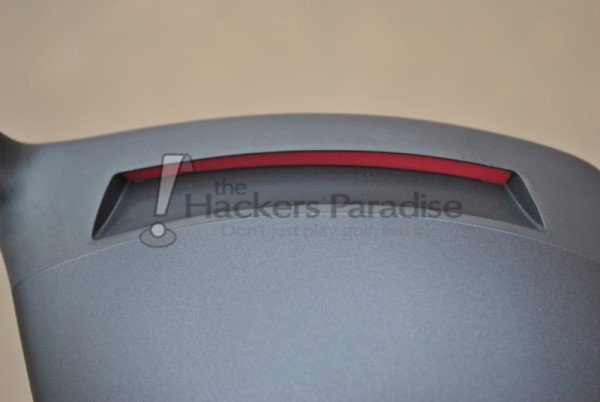 The XTD driver also features progressive face thickness in order to provide more of a “trampoline” effect at impact. The center of the face is the thickest portion and progressively gets thinner as you move to the edges. 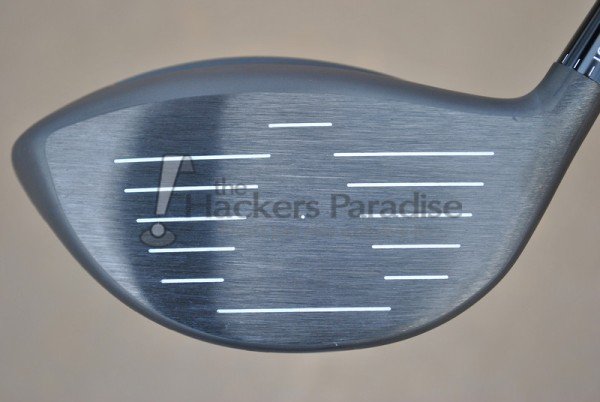 This progressive thickness is part of what is often known as a “cup face” design. As referenced in talking about the cut-through slots, the face actually extends behind the slots located on both the crown and sole of the club. Rather than welding the face into the club as so many companies do, the entire face section is part of a cup that is adjoined with the rear crown portion of the head. This type of face design actually leads to a more rounded face and is definitely noticeable on the XTD when coming from a non cup-faced driver head. 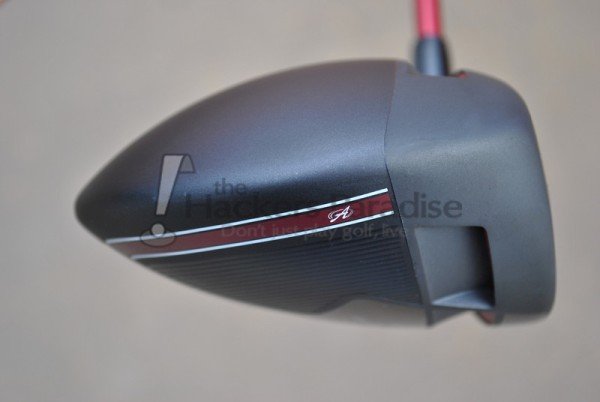 The biggest benefit to this type of face design is that it allows the edge of the face to be less rigid and that increased flexion has been shown time and again to aid the performance seen on off-center strikes. In testing the performance impact of this overall design, there was a solid retention in ball speeds on misses high, low, heel-side, and toe-side. With this, the ball stayed in play more and lost less overall distance than anticipated with a head of its particular traits (spin and launch). In fact, the XTD performance here makes it what many will consider to be an extremely playable driver. 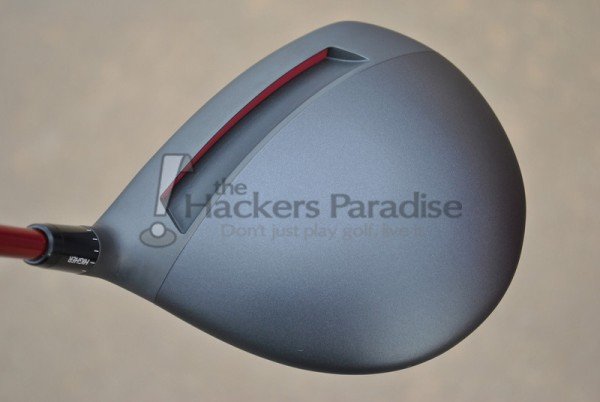 As it pertains to the sound/feel, the XTD possesses a sound that is all its own. At impact the immediate feedback can only be described as “solid”. Though it is louder than some others on the market, that solid sound does not possess any of the metallic hollowness which can take away from the overall performance for some. With the solid tone, the cup face seems to really take effect, as at impact it feels like the ball is only on the face for a split second. Even on misses you feel like the ball is being hit hard, while the clubs still provides ample feedback as to where on the face the miss occurred. 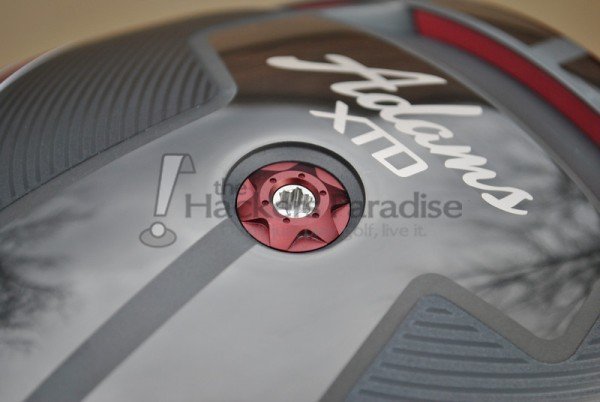 One part of what has always helped to set Adams Golf’s R&D apart from many companies is that is isn’t all about the head design. Rather, they also understand that shaft pairings that will bring out the best in their heads for the largest portion of the bell curve are also very important. They are also unique in that the shafts which they pair with their heads are “real deal” aftermarket shafts. In the case of the XTD driver it is the Matrix Q3 Red-Tie series of shafts. 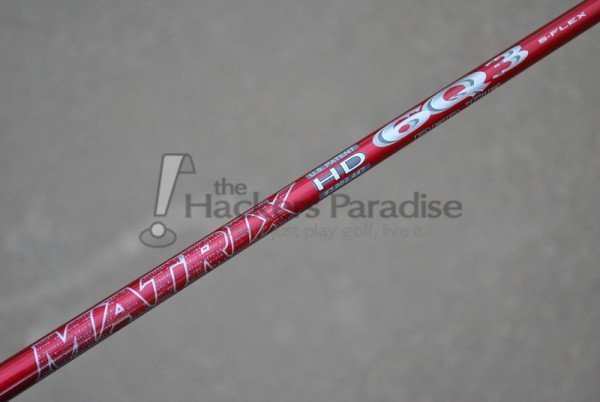 The Red-Tie is a mid-launch and mid-spin shaft, which for many will balance out the lower spin traits of the head itself and make it a very playable driver. Even then a proper fitting is still incredibly important to unlocking the best performance in any head. Testing indicated a flatter overall ball flight with a mid-trajectory and solid overall dispersion. Add into the equation that they finished the shaft off with an Iomic grip and it is a package that looks phenomenal and performs too. 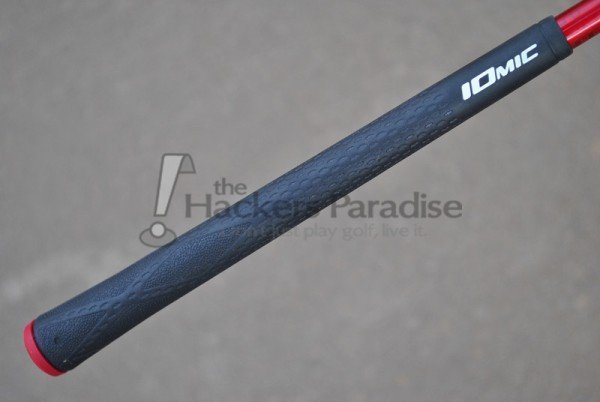 The Adams XTD driver is adjustable +/- 1.5-degrees in loft, – a decent amount of setting options that should be enough for many. In testing, the adjustment up and down in loft provided a definite visual impact on the overall height of the ball flight as well as a visual change at address. The face angle of the club did change slightly at address as the loft was altered, which should be kept in mind prior to adjustments based on the impact an open/closed face can have on ball flight for some players. 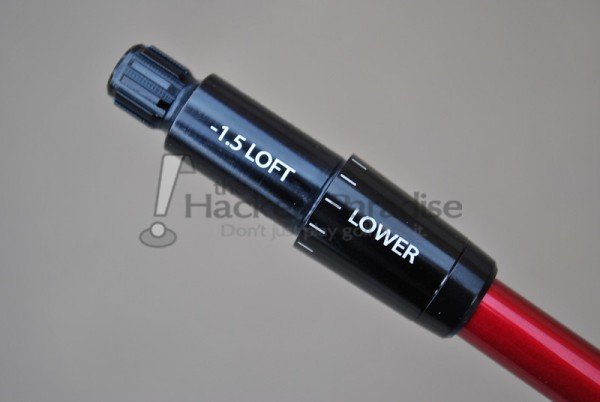 The most notable thing about the adjustability of the XTD however is not the setting, but rather the adapter itself. Stepping away from the proprietary adapters we have seen from Adams in recent years, they are now utilizing the exact same adapter which is being used in TaylorMade’s adjustable offerings. This means more accessibility to adapters and also more opportunities to try various shafts in the head. 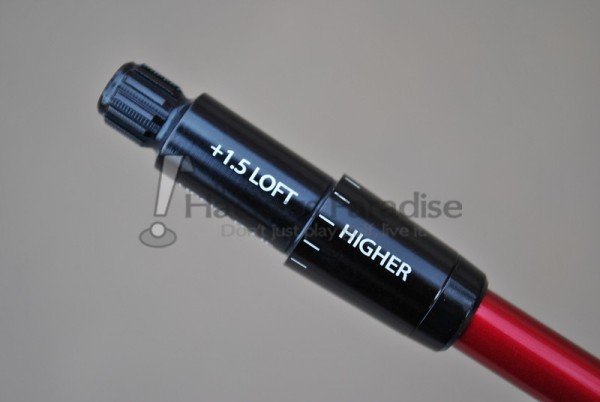 The fact that Adams looks to push the boundaries as it pertains to the research and development of their lines is something that is always evident from year to year. With the XTD Driver they are making a serious push into true relevancy within the driver market with an extremely clean head. The attention to details should not be lost. Each head is tested individually and little things like the prevention of hard edges on the head for the sake of aerodynamics cannot help but pique curiosity. In the end, Adams has created a driver that may not aesthetically please everyone and their particularities, but is very well designed and a solid performer.

The XTD driver comes with an MSRP of $399.00 and more info on it and the rest of the XTD line can be found at www.adamsgolf.com.