The Ben Hogan Golf Equipment Company has been refining their flagship player iron since 2015, engaging in customer feedback and purchasing trends in an attempt to perfect not only the way the clubs are designed, but also how they perform.  These changes have been implemented in the durable black finish, which will be considered for this review.  There is nothing simple about creating a muscleback iron profile with a strong technology story, but these irons may be the exception. 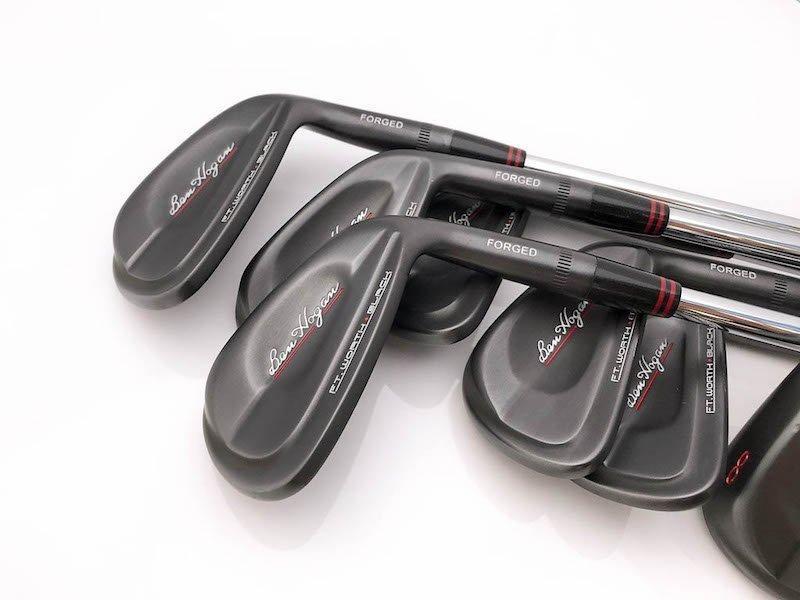 The most visually distinct change from the 2015 Ft Worth irons is the black finish.  It is a patented “diamond black metal’ finish that has been determined to be seven times stronger than their chrome finish.  It is pretty impressive to create a durable black finish, but for that to extend to the longevity of things like the sharpness of the grooves, it seems like a big win for golfers.  During the testing phase, balls were hit from various lies in great repetition, however club care is extremely important to me, which means the faces were wiped after each swing.  The various swings taken included some on course bunker play, which is always terrifying with a dark finish and how quickly it tends to wear off the face.

In this sample, and others discussed by the THP Community, it is clear that durability is a reality with the Ft Worth black irons.  Bag chatter and other typical engagements still generate some mild scuffing and imperfections over the face, but it is nothing dramatic and requires a closer glance to really discern.  Like any golf club finish, ball strikes (specifically from clean golf balls) produce very mild marking on the face, which will surely wear over time to profile the strike quality of the golfer using the clubs.  That is definitely not finish unique. 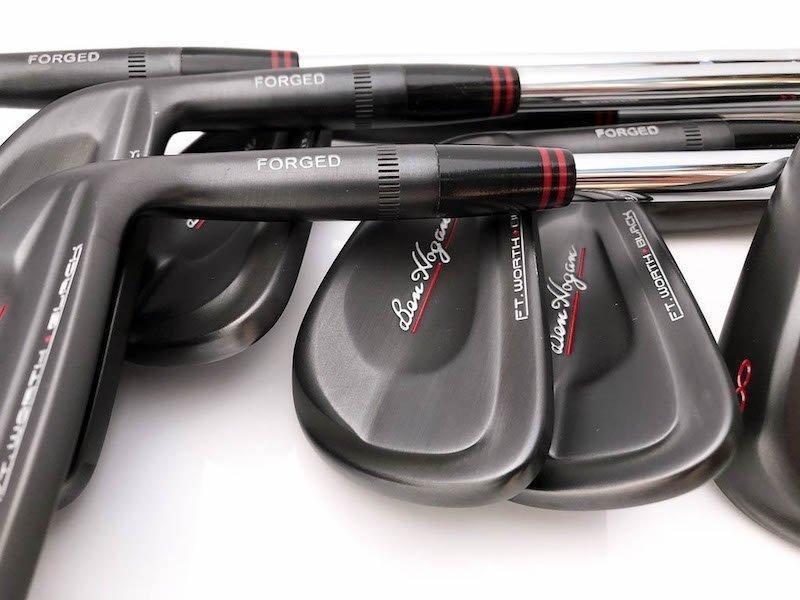 Another big component of the Ft Worth irons is the trademarked V-Sole technology.  A sole pattern that has two different bounces depending on not only the head manipulation, but also lie condition.  During my first experience with the Ft Worth irons a couple years ago, this was immediately one of my favorite elements of the head.  The freedom of V-Sole in a players iron makes it so much more playable and fair through the turf, while still providing golfers with the ability to really carve into the grass at their discretion.

What is interesting about the V-Sole shaping on the Ft Worth Black irons, is the progressive change through the set.  Based on feedback from consumers and robot testing, they have “strengthened the leading edge from the sole to the face on some of the Ft. Worth BLACK irons, while reducing the trailing edge bounce on others.”  But what does that mean for golfers?  It is simply an attempt to optimize the set, where clubs that should not be digging into the ground are not as inclined to do so, and clubs that do not need support maintaining above the turf after contact are free to drive through.  It actually makes great sense, and blends well into the next component of technology built into the heads.

The Ft Worth Black irons boast a technology intended to allow weight to be transitioned to the perimeter of the head in longer irons, and into the center of the head in shorts irons.  The goal here, naturally, is to promote adequate amount of forgiveness where possible, without dictating too much of that weight away from the center of a scoring iron.  The company calls it “Dynamic Progressive Weighting System” and it is apparent as you look between the PW and 4 iron cavity depth.  This is of course welcomed when the longer irons get into the hands, and the chance for error greatens dramatically between length and swing speed.  With that in mind, where it may not be needed, like in the PW or 9 iron, you gain the opportunity to experience the maximum possible feedback/sound quality with all that extra material behind the contact point of the ball.  It is a fantastic transitional technology and one that was very welcomed during testing. 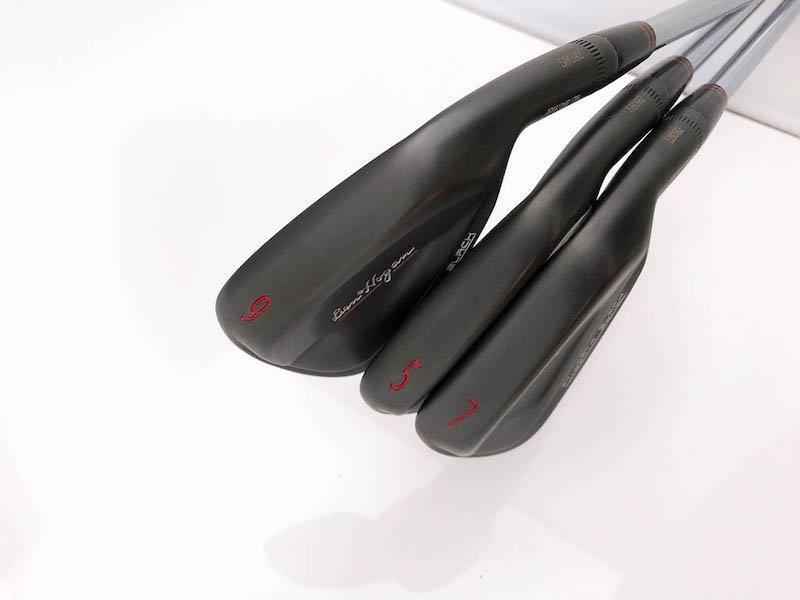 One of the final changes worth noting from the original Ft Worth iron design to the Black release is the lofting system and badging.  Where originally they released these irons with four loft profiles based on the kind of flight sought after by the golfer, they are now only offering the irons in what they deem to be the ‘mid/high’ profile that was most popular with their user-base.  From the forty-six degree pitching wedge, each subsequent iron in the set is a transition of four degrees all the way to the twenty-two degree four iron.  They believe this more consistent weighting is superior to other companies who start at much greater loft differences only to arrive at a nearly similar number in the long irons.

The real question after all the technology has been considered is of course how well it applies to the golf game.  There are endless options in the player spectrum, and it seems like nowadays there has to be something distinctly unique in order to be competitive and appealing to golfers.  For me personally, the combination of the black finish (that is showing impressive signs of early durability) and the V-Sole design do more than enough to validate interest.  V-Sole portrays to me like a bit of a failsafe on an iron with such a shallow sole depth.  I can obviously drive as hard as I want into the turf, but the leading portion of the sole being somewhat angled upward means I get to dictate that interaction at a greater scale.  It makes simple non-aggressive scoring style swings much safer. 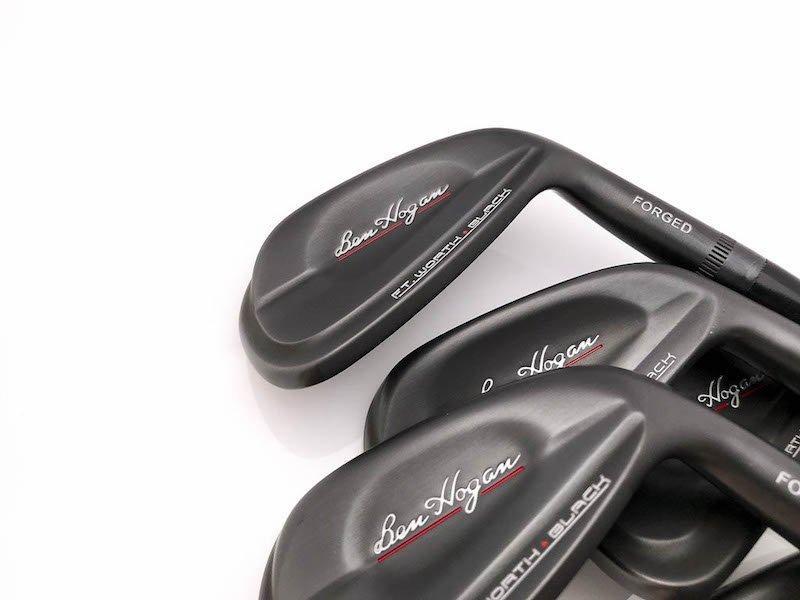 My first swing with the Ft Worth Black irons was on the range, with no real warmup, marginal stretching, and a six iron.  Naturally, I hit it right on the button and got slapped with a wave of satisfaction between the vibrations in the hands and audible feedback.  That experienced carried on through the course of the review, with some of my regular golfing partners discussing the attractiveness of the heads and how good they sounded when I hit them well.  In fact, my favorite comment came after a flushed nine iron, where someone noted “it sounds like you are not even hitting anything when you make contact like that.”  That being somewhat of a marshmallow style strike where the ball comes off and flies forward.  Obviously the progressing weighting was in full performance on that scoring iron swing.

Are they desirable?  Absolutely, I think so, for advanced golfers or those seeking the freedom to work the ball at will, and for those more on the bubble skill wise who are looking for a set of player irons that can support some small swing errors and still have success.  The last two swings included a 9 iron that landed like a pillow with only a hint of spin, and a more aggressive pitching wedge that spun back a good fifteen feet.  The creative freedom is ever flowing.  Time will certainly be telling as to whether the quality of the diamond black metal finish can withstand the rigors of ground engagement, but throughout the myriad of testing and exposure to the elements, the Ft Worth Black irons have proven durable.  For more information on the Ben Hogan Golf Equipment Company and the Ft Worth Black irons, visit www.benhogangolf.com.