After months of build up, today Callaway is announcing the release of their new, high tech forged players iron, the Apex Pro. According to the company, “The science of the players iron is rarely advanced beyond what can currently be seen. The Apex Pro takes the category to a place that has only previously been imagined.” 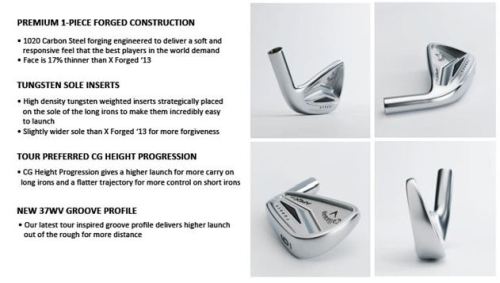 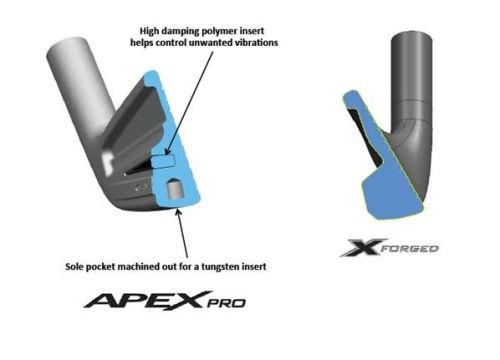 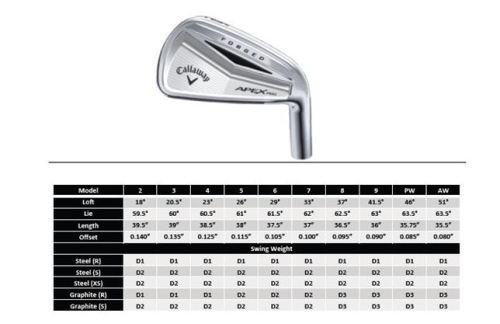 A number of THP forum members have already tried out the Apex Pro at the first Ultimate Club Testing event at Mission Inn in Florida. In addition, many will be performing long-term testing with these new irons over the coming months. Stay tuned to the THP forum for this feedback as it comes in.

Questions and Answers from Callaway

The Apex Pro is a better players version of the newly introduced Apex Iron. True engineering advancements in the players iron category are rare, but the Apex Pro Iron is a premium and highly technical product that also – as you’ve noticed – looks damn nice.

The Apex Pro Irons have a one-piece, 1020 carbon steel, forged construction to deliver a soft and responsive feel. We think you’ll like the feel. A lot.

Got it. So what specifically makes it a “highly technical” iron?

What doesn’t?! The Apex Pro Irons is first and foremost precision forged; it has tungsten sole inserts in the long irons, a critical new groove profile, Center of Gravity height progression and – oh yeah – the face is thinner for better ball speed. You know, for starters.

Let’s dig into those technologies. Tell me about the tungsten sole inserts.

Like the standard Apex Iron, tungsten weighted inserts have been machined into the sole of the long Apex Pro irons (2-5 iron). This insert lowers the CG, making the long irons easier to hit and delivering a higher launch angle. You’re welcome.

What about the new High Performance Wide Groove profile?

Research showed us that Tour players and better amateurs were often generating too much spin (with previous grooves) out of the rough, largely because of high club head speed. This was causing in some cases a loss in distance and consistency. So, since the Apex Irons is designed for this type of advanced player, Callaway wanted a lower spinning, higher launching groove in this iron. After extensive testing with Tour players and better amateurs – primarily with shots out of the rough where the grooves have significant influence – we landed on a new high performance, wide-spaced groove designed for more control and consistent spin out of a variety of playing conditions. Boom!

That’s a very cool part of the story. What else do I need to know?

Oh, there is more. The face is about 17 percent thinner (than X Forged ’13), so ball speeds are up slightly, but this iron isn’t necessarily about chasing ball speeds. Certainly not at the expense of some of the sound and feel elements mentioned above.

Furthering the feel story, we’ve added a high damping polymer insert in the back that helps eliminate unwanted vibrations at impact.

Also in the Apex Pro Irons, the CG gets progressively higher as you move down the set from longer to shorter irons. In a 9-Iron and PW, for example, the higher CG helps flight the ball down a bit and deliver a flatter trajectory, which is something better players typically want. As outlined above, the longer irons have that awesome tungsten weight insert machined in to make them more playable.

And as you might expect (as a savvy consumer of golf equipment), in comparison to the standard Apex, the Pro model is overall a more compact shape with less offset, a thinner topline, shorter blade length toe-to-heel and a narrower sole.

What shafts will come standard with Apex Pro Irons?

We’re a happy to stay the stock shaft is the new KBS Tour V, and this is the first time we’ve offered  a KBS shaft as a stock offering in an iron. It’s a premium, mid-launch, low torque shaft that maximizes energy transfer for a smooth feel and faster ball speeds.

For a graphite option, the UST Recoil will be available through custom order only.

Awesome. If I had just six words to describe this new iron to my foursome, how would I do it?