Continuing the trend of providing a well-balanced lineup to all golfers, it comes at great satisfaction and excitement to see Callaway’s XR series take a turn towards the higher spin player segment.  This can potentially incorporate the awesome benefits of speed and forgiveness with the lower spin, lower-to-mid launch that is desired by golfers who do not need help with spin getting the ball in the air.  In this bid for ultra-low Center of Gravity (CG), Callaway Golf has gone “Sub Zero” on the driver market.

The XR 16 Sub Zero represents the lowest Center of Gravity we’ve ever engineered in a driver. This means players with high swing speeds that generate a lot of spin can use the extremely low spin Sub Zero to drive the ball even farther. We used a new proprietary Carbon Triax Crown that’s our lowest carbon crown ever to redistribute weight below the neutral axis. 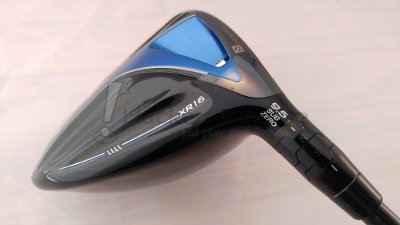 Then we added two interchangeable weights in the head (10g and 2g) to fine tune the launch and spin you need to maximize distance. You can move the heavy weight forward for the lowest spinning, flattest trajectory or move the heavy weight back to promote a slightly higher trajectory and more forgiveness. And you can choose from 20 premium, no upcharge shafts to fit your swing speed.

At quick glance from a distance, the Callaway XR 16 Sub Zero could be easily confused with the standard XR 16 or XR 16 Pro driver.  The bold “XR” logo and rigid lines of the cambered sole outers are a very clear indication of which line the driver is a part of, however a closer inspection shows some very notable change.

Rather than running with the matte finish which is present with a majority of the current Callaway lineup, the XR 16 Sub Zero is finished in a glossy black that looks fantastic at address.  This carries over into the sole portion of the club, and blends well with the pronounced cambers.  Moving into the central area of the sole, two weights are strategically placed in the center of the face, with each being about as forward or back as possible before rolling over the edge. 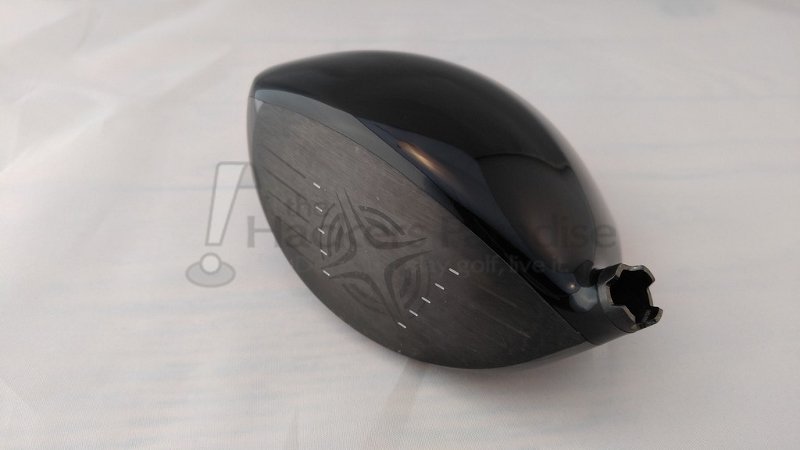 Alongside altering the finish of the crown, Callaway also removed the raised elements that are found on the XR 16 and XR 16 pro in favor of an unmarked top line that leaves the eyes focused on the ball and face angle at address.  Between the black face and glossy black crown, it just seems to scream potential and power.

Making contact with the Sub Zero head, there is clear alignment with both the head design (compact, subtle, and sneaky good) and the sound that make a lot of sense to the eyes and ears.  It is nothing overly boisterous yet still audibly dialed up when great contact is made.  Subsequently, poor strikes are reflected by a slightly less complete sound that represents a potential for improvement.

Obviously the Sub Zero is more than just a fresh finish and weights different from the regular XR 16 and XR 16 Pro.  Dropping down from 450cc (XR 16 Pro) to 440cc (XR 16 Sub Zero) does not come with a shocking change of size.  Rather, it may seem just a touch more compact with a similar profile when standing at address.  This may seem like a change after switching out from a 460cc driver, but the gap is much closer in hand than on paper. 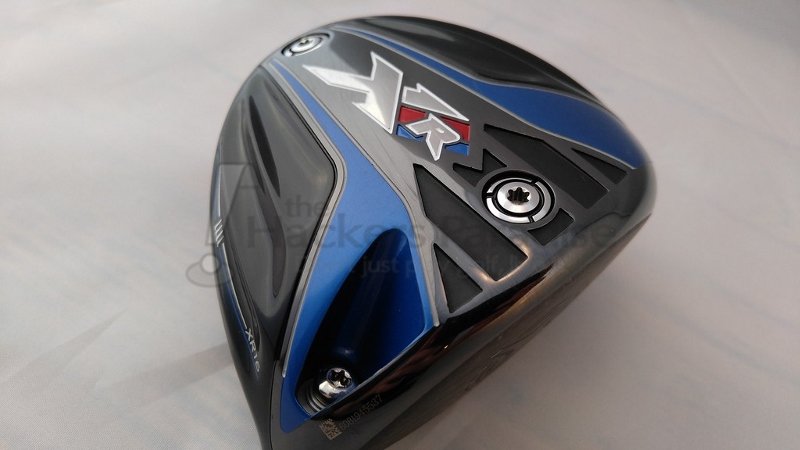 The key element of change for Sub Zero is the extremely low spin.  From Callaway: The Sub Zero has a CG that’s below the neutral axis, and it’s the lowest CG we’ve ever had in a Callaway Driver. We’ve done this by using a new Carbon Triax Crown that’s our lightest carbon crown ever.  The principle here is built around the idea that skilled players who struggle with spin can pick up greater yardages with XR 16 Sub Zero vs another similar head with higher, less optimal numbers.

During testing, the Sub Zero and XR 16 Pro went head to head to see which had the more optimal flight for a 110+mph swinging high spin low handicap golfer.  The results were visibly different with flighting.  While the XR 16 Pro showed strong numbers in total, the flight had a rising arc, peaking and falling with limited roll.  Switching to XR 16 Sub Zero, the flighting was on more of a level plane, rising quickly, hanging, and then falling forward with the potential for roll.

Proper head lofting will be key in this driver build, as the flighting produced by the 9.5 head was a quality mid-flight with the potential to elevate with a greater spine tilt.  Moving the adapter to 8.5 (-1/N) introduced shots that were so limited in spin that they seemed to fall out of the air after flying 75% of the typical carry distance.  As the only loft available in the Sub Zero is 9.5, this could make for some difficult decisions when it comes to best possible adapter settings for those who prefer a slightly open face. 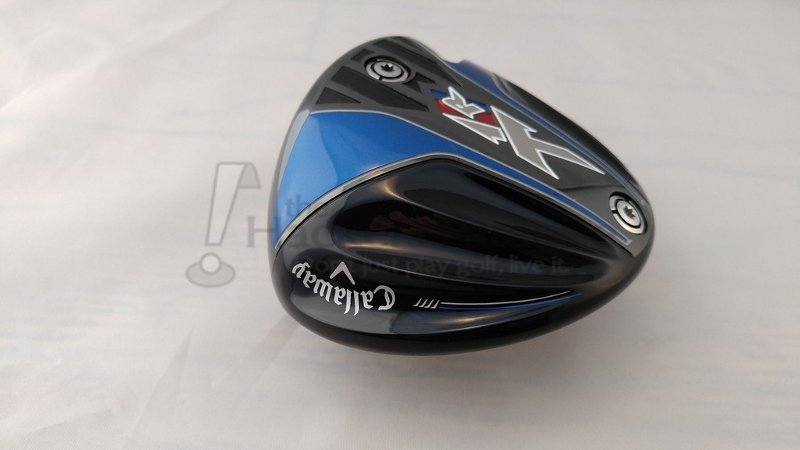 The typical shot shape produced by the XR 16 Sub Zero was a bit of a head scratcher initially.  It took every bit of five or six sessions to really get a grasp on why the shots seemed to favor a substantial draw bias, or in many cases a bit of a pull draw off the line (for many golfers, not just this particular reviewer).  After assessing and altering swing path did not solve the flighting, what it actually came down to (it seems), is that the Sub Zero is so fast getting into the zone that it actually got ahead of the swing in some cases (this is an impressive compliment to Callaway’s marketing of “Faster” for the XR series).  Swing timing was ironed out in the final sessions before this review was completed, and a much straighter flight was achieved with excellent launch and flight results.  This included high end carries of various heights, and shot shaping with fades and draws on command.

The overall forgiveness of the XR 16 Sub Zero is expectedly dialed back from the other two heads in the XR 16 lineup, but not to the point where only those golfers who hit a dime sized location on the head can enjoy it.  There is some room on both sides of the central position that the ball can creep without diminishing returns, however altering the overall face angle into the zone will absolutely punish in most cases.  This was most commonly seen in a shut face or sweeping draw scenario, but for skilled golfers with a repeatable swing and high spin, this is a definitive option to align with the potential for faster club head speed with XR technology packed into the head. 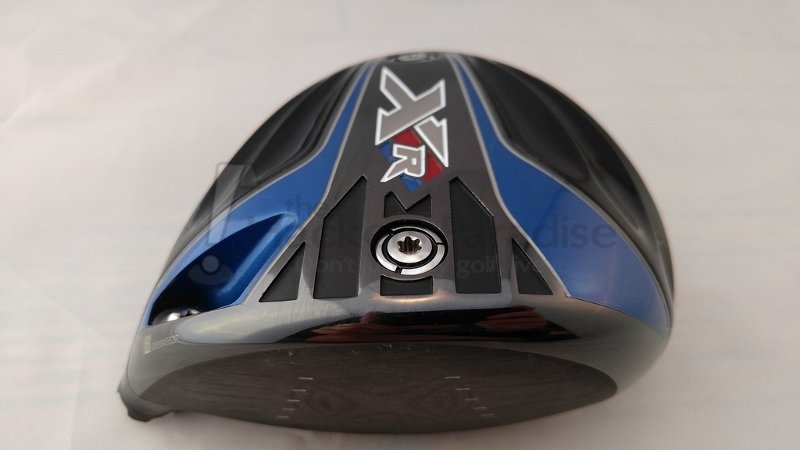 While the collection of golfers targeted by the Callaway XR 16 Sub Zero driver is smaller, this head being included in the lineup creates a robust offering that provides a driver head for the gamut of skill/swings.  The Sub Zero stripped down the spin rates and overall head size at the cost of some forgiveness, but this adjustment will prove exceptionally beneficial for stronger players who know where they are going to hit the ball, want to pick up some speed, and want to gain a bit of speed through the zone.  For more information on the Callaway XR 16 Sub Zero driver, visit www.CallawayGolf.com.