Let’s face it. We are in a marketing driven world and the golf industry is a glaring example of that fact. Everywhere consumers look there are more promises and more claims. Well, almost everywhere. Enter the 2013 Cleveland Golf line, where the company truly appears to be letting the clubs do the talking. One such example of this is in the fairway wood segment, where it certainly seems that the marketing focus this year is on slots, flash, and all out length. Yet with the 2013 Classic XL fairway wood, Cleveland is walking the path of letting performance talk – and it’s working.

Style and confidence are now available in a fairway wood. The Classic XL has a larger sweet spot for incredible distance even when you miss the sweet spot.

When holding the Cleveland Classic XL fairway wood in hand, thoughts that come to mind are blacked out, mean, and clean. The look is not only a stark contrast to the rest of the market, where flashy colors and looks  are seemingly the current trend, but even from Cleveland’s own 2012 Mashie fairway line. It is a really good look. 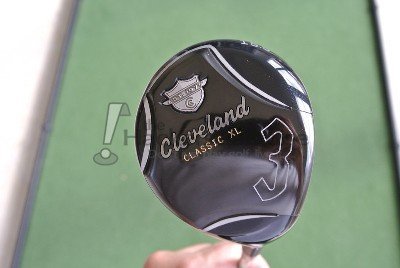 To the eye, the 2013 Classic fairway wood could easily be seen as a mixture of Cleveland’s past Black and Mashie lines melded into one focused design that screams business. The Classic possesses a solid black finish with a single site dot and silver/gold accents that really make it stand out from the pack. It embraces its name by bringing a truly “classic” look.  The fairway wood also boasts a very deep face compared to many offerings out there, but it honestly isn’t much of a departure in size from last year’s Mashie line. However, a notable difference lies with the sole, as the Classic XL embraces a more “standard” looking sole like the Black had, with no pronounced “V” shape at its base.

It really is quite a good looking package that Cleveland has put together here. The blacked out look from head to toe alongside the simple silver/gold accents works really well. When you add into the mix that Cleveland has also changed up the head cover for 2013 to match the retro look the 2012 Classic driver had, it just works extremely well. 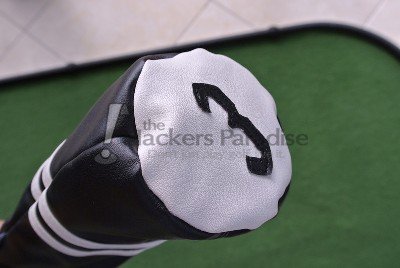 The shaft selection could easily be one of the most talked about parts of the Classic XL fairway wood. This year, Cleveland opted to go with the Matrix X-Con 6 rather than a Miyazaki selection like we have seen for the past two years. This move seems to have over concerned far too many people in my opinion and led to an underestimation of the Matrix selection. 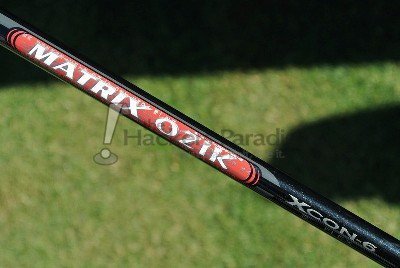 It must be remembered that companies select shafts for their clubs based on what fits the club the best and also what fits the largest number of golfers. Honestly, after my time with this one, I am confident enough to say that all the concerns really should be put to bed, as the Matrix X-Con is a fantastic pairing for this particular head. The X-Con consistently provided a solid mid-high launch for me with no danger of losing the ball to ballooning due to the penetrating flight it brings to the table. The shaft is extremely stable in the hands and consistent through the zone of impact and I had no instances of the vaunted “shaft shudder” on extreme misses on the club head. The goal is to provide a shaft that fits well with the head’s characteristics and I believe Cleveland has succeeded there with the choice of the Matrix X-Con.

The Classic XL has one of the most addictive sounds from a fairway wood that I have hit in a very long time. I was a fan of the sound/feel that last year’s Mashie produced, but Cleveland somehow improved upon it with the XL. It almost seems like the Mashie and the Black combined to form the best of both worlds from a feedback standpoint. The ears get to hear an incredibly solid “crack” like sound and the feeling of the ball jumping off of the face, even without the compression channels or slots that so many fairways out there have today. The feeling is definitely that of a spring-like effect, but still with incredible feedback across the face that allows you to know exactly where you caught the ball on each strike.

All the other stuff is always nice, but it truly does come down to performance in the end. Does the Classic XL perform? Without a doubt.

For the purpose of this testing I put the 15.5° version into play and the thing that really stuck out the most to me was that the Classic practically begs to pound the golf ball from any lie. I know historically that deeper faced fairway woods can be difficult off the deck, but for me that really was not the case with the Classic. In fact, it ranks among the easier ones I’ve tried to play off the deck. A lot of that might be due to its more compact footprint compared to most offerings on the market today. 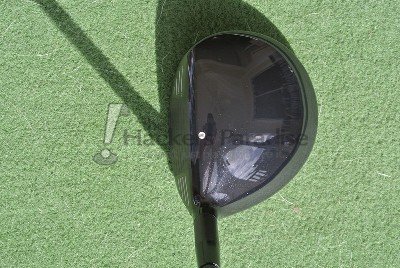 Off the tee, the deep face shines by allowing you to truly feel like you can get after the golf ball with confidence due to the ample vertical forgiveness that is there to work with.  However, the Classic showed an impressive amount of forgiveness not only vertically, but also laterally, which is my personal miss. As with most heel-toe misses, some distance is obviously going to be lost, but with the variable thickness face, it really appeared that there was not only less ball speed lost on the miss, but the ball at least stayed in play quite well. 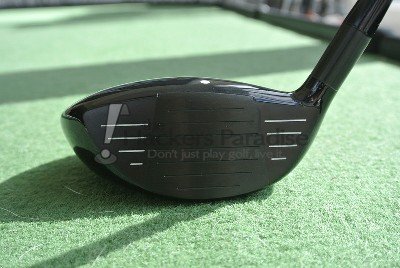 The Classic XL fairway wood may not possess any of the currently popular slot/channel technology that claims to make clubs longer than ever, but don’t let that fool you. The Classic is a true sleeper in the distance department. Not only did I see more distance out of this 15.5 degree 3W compared to my 14 degree Mashie TF3, I also saw just as much against the other new fairways on the market, and in some cases more. This just reaffirms that the tech on the inside of the club head is just as important as that on the outside and Cleveland seems to understand that.

With the year that Cleveland had in 2012 it is strange to think of them as possibly flying under the radar just one year later, but the Classic XL fairway really seems to validate that thought a bit. All of the focus in the fairway wood market seems to be on color, flash, and marketing hype, but Cleveland’s Classic XL fairway wood doesn’t stick out as any of those, at least not at first glance. Cleveland is letting their equipment do the talking and for good reason, as the Classic XL can go toe to toe with any offering on the market. If you are in the market for a fairway wood in 2013, I honestly believe this is one that should not be overlooked by any golfer, because it will open eyes if given a chance, just like it did mine.

The 2013 Cleveland Classic XL fairway wood also boasts a rather impressive price point in today’s market with its MSRP of 179.00. For more information be sure to check out www.clevelandgolf.com.