Cleveland Golf is synonymous not just with wedges, but with wedge design innovation. After deciding to space their release cycle from the 588 RTX 2.0’s by an additional year, there has been a consistent murmur wondering just what they have up their sleeves, and that after such a wait it had better be significant. The answer from the company is the RTX-3, a definite aesthetic and technological departure from the 588 releases. As has been the case the last two iterations however, Cleveland has released a muscle-back and cavity-back version. For this review, THP received the 52° and 56° RTX-3 CB wedges, both in 2-Dot/V-MG configuration. 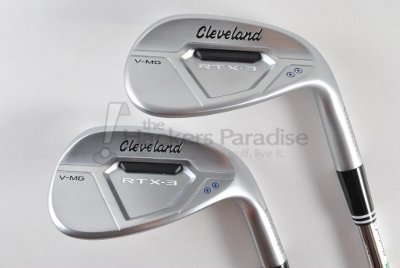 The RTX-3 Cavity Back gets you closer to the hole than any wedge Cleveland Golf has ever made. The slightly larger cavity back shape promotes confidence and increases forgiveness. 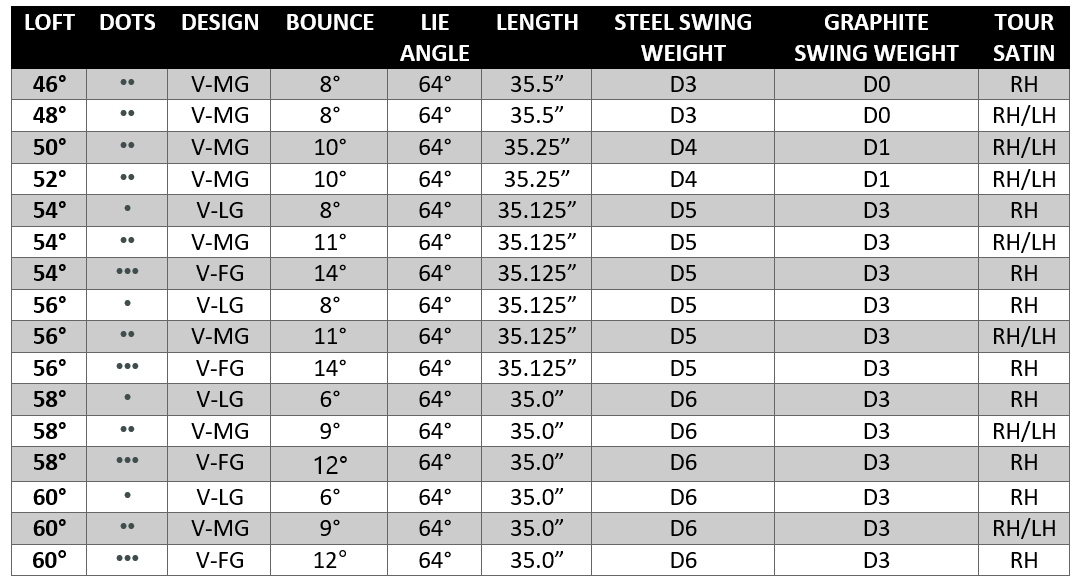 The new look of Cleveland’s RTX-3 CB wedges can be traced back to three key design traits. In order to better understand what is going on, it is worth looking further into the technology from a design and performance perspective. Technology Rundown:

Through much research and testing, Cleveland realized that most amateurs wedge miss is predominantly toe side. While not an unexpected revelation, when this data was combined with the fact that most wedges, including Cleveland, had a CG (center of gravity) that tended to be closer to the heel side, the company believed performance was being left on the table. So, the hosel was totally redesigned by creating a microcavity inside and also shortening the hosel length. The changes allowed a savings of about 9-grams which could be redistributed in order to move the CG closer to the center. The reason for calling this “Feel Balancing Technology” is because the mass movement not only improves consistency, but is also increases overall head stability through impact while creating a much more dense/full feeling.

Within the CB version of the RTX-3, more tweaking was possible because the redesigned cavity allowed movement of mass toe side, thusly moving the CG even more. More specifically, the CG was shifted almost 5 millimeters closer to the center than its predecessor. Because a cavity takes material from behind the hitting area of the face, Cleveland also utilized a TPU (Thermoplastic Polyurethane) to help dampen vibrations from the thinner face and make the feel more in line with the MB version than in the past. Time spent with the RTX-3 CB wedges proved to be revelatory, particularly since this reviewed gamed both prior versions in the past. The best way to describe it is heavier headed, as Cleveland wedges always are, with a heavier feeling through impact. Meaning, a very “dense” sensation to the ears and the hands, leaving a softer and more consistent feel that will surprise many.

The V-Sole is not new to wedges, and contrary to what some might initially think, it isn’t a totally new avenue for Cleveland as they utilized a similar concept in their RTG releases in the past. Here however, the concept is much more refined. The company has thinned the soles a bit allowing increased bounce on the leading edge while having less on the rear, creating a “V”.  More bounce on the leading edge allows the club to get through the turf faster at impact, but the lower bounce on the rear section help ensure total contact time with the ground is also minimized. Cleveland Golf has actually blended this tech seamlessly with the “Dot” system by having a different sole version for each:

o   V-LG (1-Dot) – The most narrow and lowest bounce offering intent on maximizing versatility. According to Cleveland this option is best for shallow attack angles as well as tight conditions.

o   V-MG (2-Dot) – A middle of the road bounce offering where the middle of the “V” is in the center of the sole, which will work with the largest portion of players and conditions.

o   V-FG (3-Dot) – The widest sole option with the most bounce, intent on maximizing playability and forgiveness through soft conditions as well as for those with steep angles of attack.

Testing of the RTX-3 CB wedges with the V-MG (2-Dot) sole grind validated the claims made by the company. The sole shined in overall ability to get the club down and through from a variety of lies, angles, and turf conditions repeatedly leaving the reviewer feeling like there was “clean” contact. Something not to be lost in the V-Sole setup though, is that there is still relief in the heel and toe side for those who rely on manipulating the face, particularly in the higher lofts. As we have seen in other applications of such a sole design, it is not a one-trick-pony as some may initially fear.

Cleveland Golf has never rested on their Rotex face milling, there is always a push towards trying to improve the spin consistency. By moving to a deeper design in the Tour Zip Grooves, the goal is helping to funnel away debris for more consistency in deeper lies. More interesting is the “Loft Specific Rotex Micro-Milling” where milling is straighter on lower lofts since the face isn’t usually opened in those clubs, while higher lofts are angled towards the toe as they are commonly used for open face shots. While we know that all wedges spin, testing showed that the Rotex technology which Cleveland invests itself so heavily on produces from a variety of lies, shots, and situations.

Aesthetically, the RTX-3 line as a whole is a departure for Cleveland Golf, and the cavity back version might be the most evolved. The design has undergone significant change when compared with the RTX and RTX 2.0 versions, namely the cavity depth. The center section has the largest cavity while the heel has only a slight amount of material removed and the toe has none to aid in moving the CG closer to the center of the club. 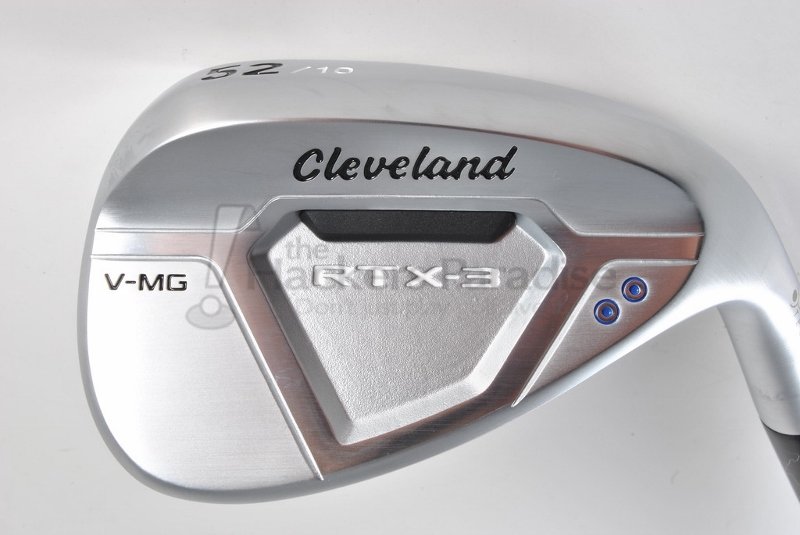 Overall, the cavity is much cleaner now, and outside of the classic “Cleveland” script all other fonts and engravings have been changed to make the club look incredibly modern. The CB wedges shape, despite being very slightly larger, is much more in line with the MB version than we have seen in the past. That said, the shorter hosel will be immediately noticed by long-time Cleveland users as it was practically a trademark to their look, but the change isn’t distracting. This time around, the only finish option is satin which has caused a bit of a stir for those who enjoyed the black finish of the 2.0, but the change to the satin finish Cleveland is implementing is clean, has no glare issues, and showed great durability and wear over a lot of use. 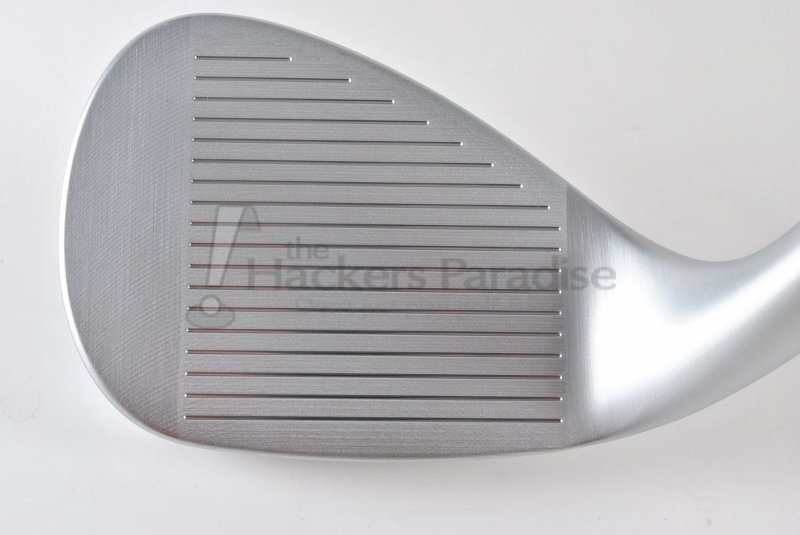 As has been tradition with Cleveland wedges, the RTX-3 CB feels a bit head heavy which aided in feeling the club through the swing and impact. Combined with the previously discussed “Feel Balancing Technology” moving the CG closer to the center of the club, the “feel” is both audibly and physically dense/full which is “softer” than anticipated. For the CB version the use of a TPU insert helps regain that feeling since is dampens the vibrations at impact created by the thinner face of the cavity. 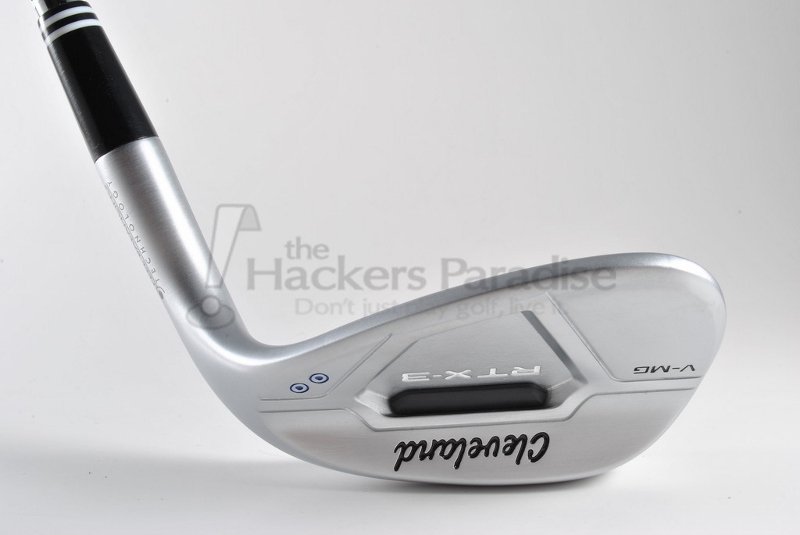 During testing, the 52° and 56° in V-MG were put through the wringer in order to see just how the move to a V-Sole impacted the playability. With the bounce being higher on the leading edge it really allowed for the club to create extremely consistent impact points regardless of the turf conditions. Additionally, it should be clear that digging was not an issue, showing that the lower bounce on the trailing edge of the “V” does its job in reducing the time the club is in contact with the ground through impact. More than that, there is still plenty of sole relief (particularly in the 56°) to manipulate the wedge and hit different types of touch shots including opening the face. Though this is a CB, this reviewer honestly felt like there was no sacrifice in versatility compared to a MB, which was not the case in the past. 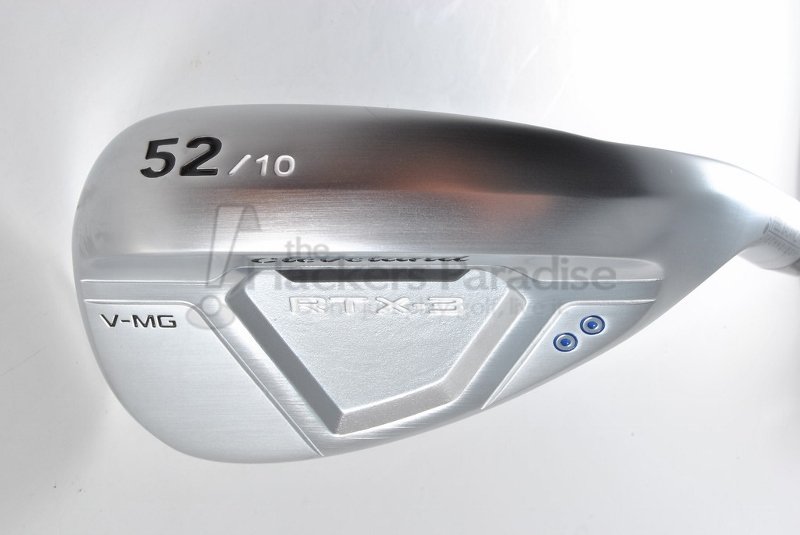 The RTX-3 CB wedges have a 6% higher MOI than their MB counterparts, which is the point in making a cavity back wedge since more MOI means forgiveness. What shined in testing though was the consistency of the wedges spin generation as well as the distance and direction on misses. Namely, the misses high on the face and toe side saw almost negligible drops in ball-speed and dispersion, right in line with what the company is preaching based on their movement of the CG more to the middle of the club. Additionally, although all wedges spin, the RTX-3 CB had no issues creating action into greens on full and partial swings as allowing for spin control on touch shots. 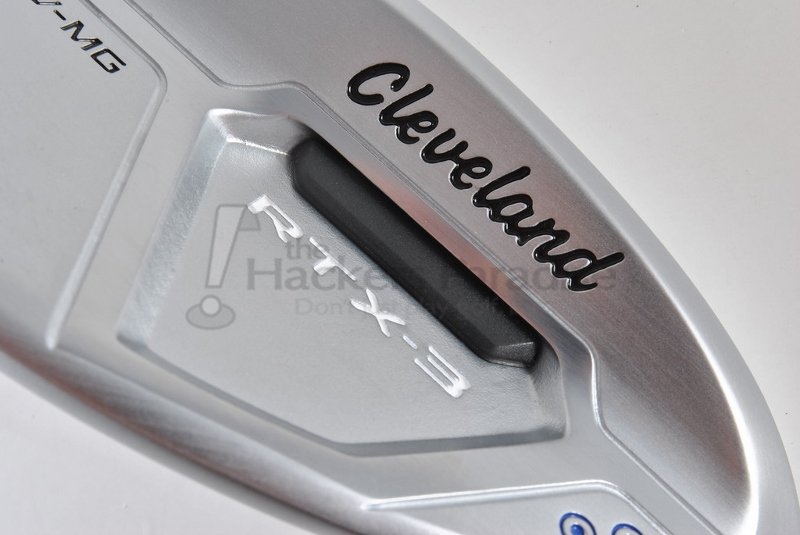 Cleveland Golf’s RTX-3 CB wedges are a pleasant design turn for the company, while the modernized aesthetics are sure to be debated, the performance improvement through design change will certainly surprise. More than ever, with the RTX-3 CB Cleveland is showing that adding forgiveness in a wedge does not mean sacrificing versatility. In the end however, wedges are one of the most personal clubs in the bag and getting them in hand is the surest way to see just how they work for one’s game.

The new RTX-3 CB wedges have a price of $129.00 and will be hitting stores in September. More information on both of the RTX-3 lines will be available at www.ClevelandGolf.com.