Take a stroll through the putter section of a local golf shop and chances are there will be a large variety of putters that feature a grooved faced. One of the very early adopters of grooved faces was Guerin Rife, and in 2015 he founded Evnroll, a new putter company with some interesting technology to help deliver more consistency on the greens. 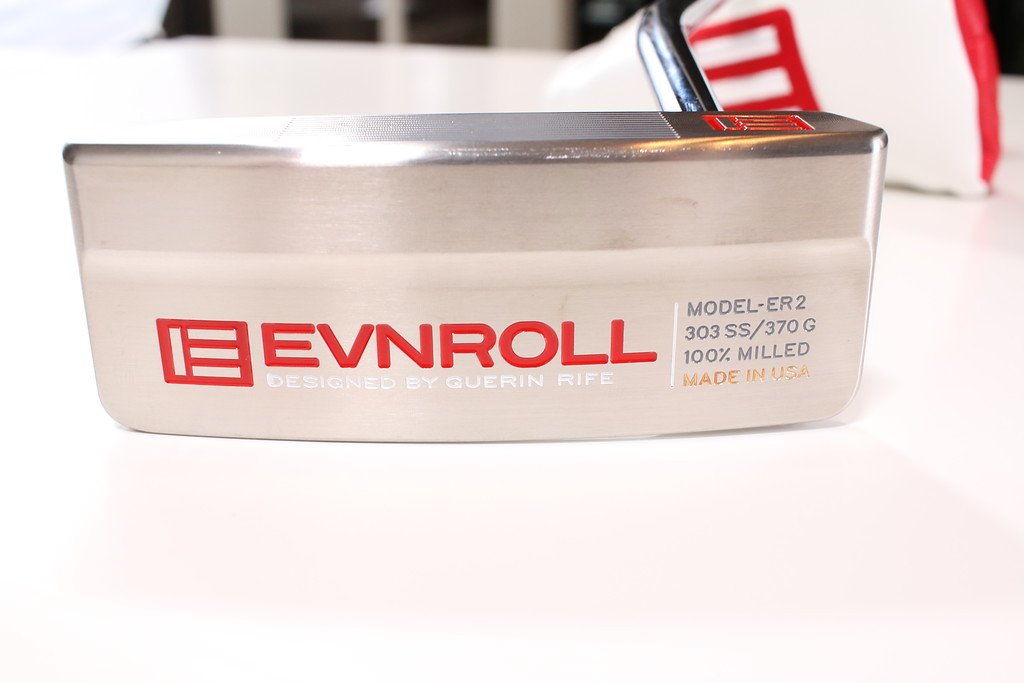 It has been 20 years since Guerin Rife brought a putter to market with grooves on the face, and since that time we have seen many companies offering some sort of grooved face or deeper milling patterns. These types of designs have been widely accepted as a way to affect how quickly the ball begins its roll, and of course aiding in the acoustical nature of the putter. In terms of consistency on miss hits, the effect of these grooves can be debated. That is until one starts putting with an Evnroll putter.

The face of Evnroll putters contain more technology than what meets the eye. From afar, it may look like just a basic putter with a grooved face, however upon a closer inspection it is anything but. Starting with the grooved area, it’s more about the amount of surface mass and where it’s located. Beginning at the very center of the putter face, the grooves are very wide, and moving out towards the heel and toe area the grooves get smaller. Some might ask, “why would there be wider grooves in the middle of the face and not further out in each direction?” The answer is because the less surface area there is at contact, the softer the impact is going to be. Which brings up the narrower grooves on the outward side of the putter. According to Guerin Rife’s research, a putt hit on the toe or heel side of center will not have the same amount of force behind it. To help replace the loss of energy, these narrower grooves provide more contact surface which will allow the ball to react more as if it was hit in the center of the face. A design of this nature helps generate a much more consistent roll off the face, not just in how quickly the ball starts its end over end journey, but in energy transfer, and speed control. 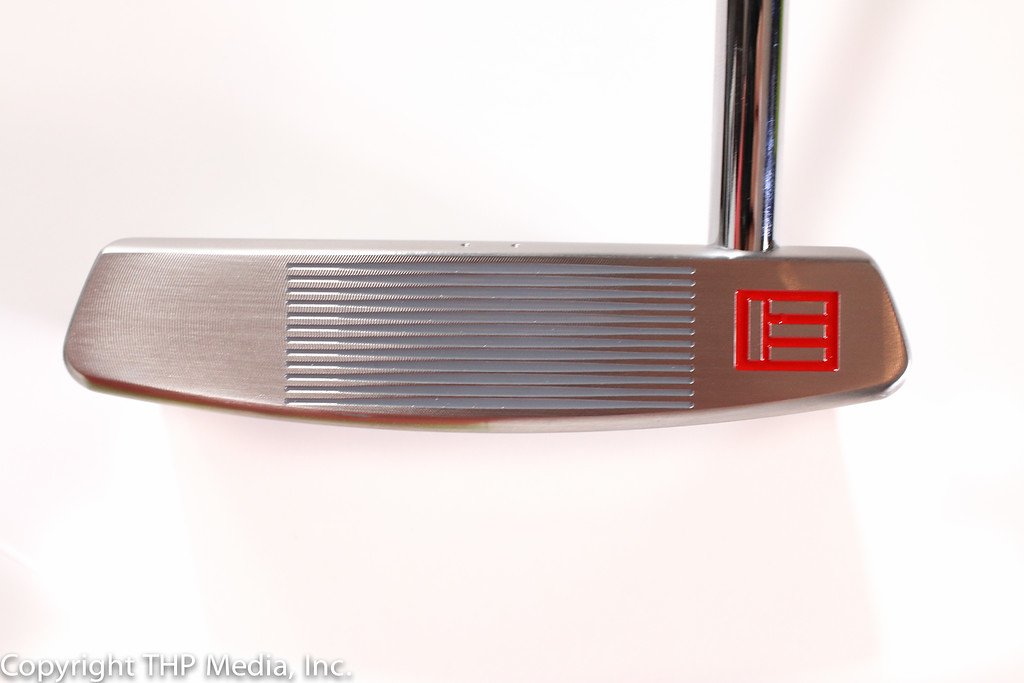 Producing more distance consistency isn’t the only trick these grooves have up their sleeves. Thanks to the bowed (or parabolic) shape they employ, this face also helps bend the ball back on line. Many golfers will be familiar with the term gear effect. It’s used quite a bit when talking about the clubs players take full swings with. However, with Evnroll putters, gear effect has certainly become part of the conversation. Putts that are hit towards the end of the grooves have a knack for curving back towards the original target. Take the same putting stroke with three golf balls, hit one on the outside, center, and inside, and the results will give close to identical results to the ball that was hit in the center of the face.

Evnroll currently has four putter models available for purchase. For the purpose of this review, the ER2 was the model used. The ER2 is a blade style putter that has a wider flange, while incorporating a shorter heel to toe blade length.

A rather unique design to Evnroll putters sticks out when lining up to take a putt. On the ER2, there is a traditional alignment aide on the flange of the club. Focus on the top line, and there are two small dots, of which the alignment aide sits between. What is the purpose of these two dots? This answer goes back to something that was mentioned earlier in this article, the gear effect that this putter has. When aligning the putter, golfers can help use this slight gear effect to their advantage, depending on the break of the putt. For a right-handed golfer that faces a putt that breaks right to left, it is advantageous to line the ball up off of the toe-side dot. The opposite is true for a putt that is going to break left to right. By taking advantage of this type of setup, Evnroll says that it will keep the ball breaking towards the hole from the high side. Those accustomed with golfing terms will recognize the phrase “professional miss.” For players who have not heard that term before, the “professional miss” is a putt that misses on the high side of the hole. Studies have shown that most amateur golfers fail to read the proper amount of break on putts, which leads to putts that miss the on the low side. A putt that has not had the correct amount of break read, produces a ball that is rolling away from the hole at the end, instead of towards it. Golfers everywhere know that if a putt is breaking away from the hole, there is a very slim chance that it is going to drop. 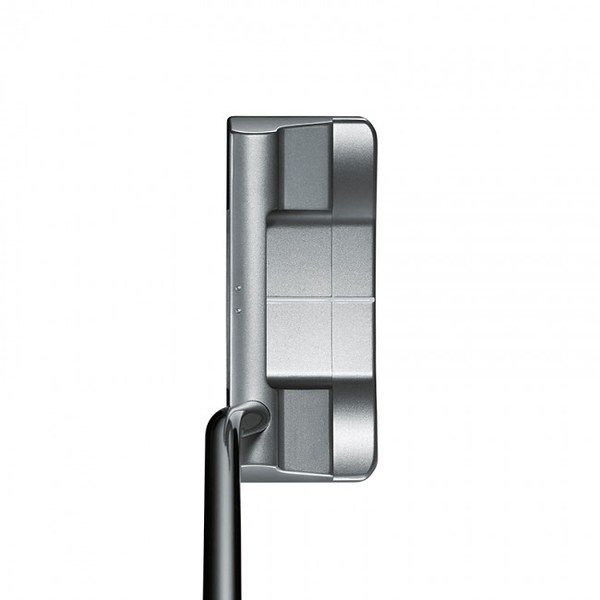 When rolling these putters, there is certainly a different and distinctive feel. In fact, the putter face gives off different sensations depending on where contact is made on the grooves. When the ball is struck in the center of the face, where there is the least amount of surface area, the feel is incredibly soft. To the point that it causes a bit of an adjustment because it didn’t feel like solid contact was made. Striking the putt on the outer ends of the grooved area, where the grooves are more tightly packed and provide more surface area, the feel is a bit firmer.

Not only is the feel a bit different because of the grooves, but is also a bit different because of the weight structure within the putter itself. On the ER2 model tested, the length was set at 34 inches. At that length, the head weight is a robust 370 grams. To many who take notice of these kinds of things, that will sound heavy. However, Evnroll does something unique. Each head comes in at 15 grams heavier than what would be considered normal. This allows the company to place a 30-gram weight under the grip. This weight under the grip is used to counter the extra weight in the head, producing a putter that gives a slightly heavier feel. Unlike other true counter-balanced putters, the weighting is done on these models so that players can use them at their normal playing length, whereas counter-balanced putters tend to play a little longer in length. With the heavier setup, this putter really did a great job of offering some stability throughout the stroke. 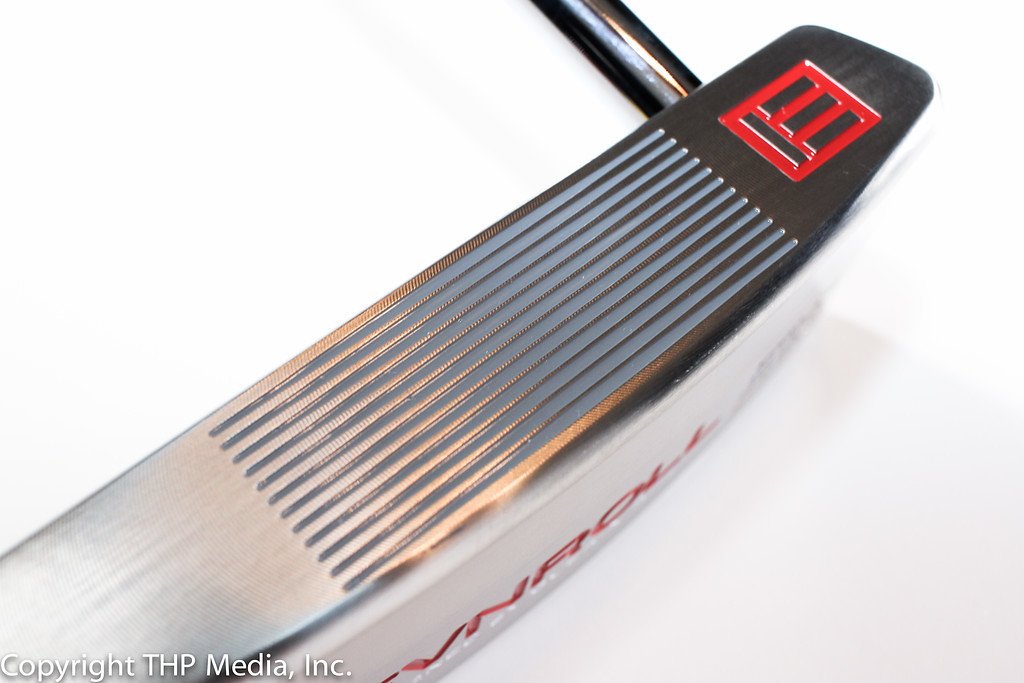 There are many facets that come in to play to become a consistently strong putter. Just like with every other club in the bag, miss hits do effect how the shot ends up. Without immediately jumping to the measures of creating a putter that is oversized to help increase MOI, Guerin Rife has developed a face design that will aid in speed and directional consistency. For those who prefer more of a mallet due to its MOI characteristics, this lineup does have two of those to choose from. EvnRoll currently has four putter models, with prices starting at $329 for the two blades, and $359 for the mallets. More information on the sweetest face in golf can be found at www.evnroll.com.