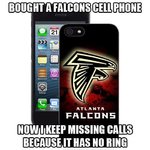 ...
Proud member of Team PUMA at #THPAmbition 2016
Co-Captain for Team White at the 2017 THP Kickoff Classic

The photos just keep popping up....

I'm laughing at the mathematical liberties being taken.
Spencer

tomcat said:
I'm laughing at the mathematical liberties being taken.
Click to expand...

Haha total typo! I took some more liberties to fix it.
Cleveland Rocks!

DB TT said:
Yeah, it only took me 18 years to get over Buckner.


(That stupid, no good for nothin, can't catch a grounder, made Wade Boggs cry and go to the Yankees, SOB).
Click to expand...

Funny you should bring him up:

JohnSinVA said:
Funny you should bring him up:

JohnSinVA said:
Funny you should bring him up:

Look on the bright side Shred. You still have this stat to brag about!

greg19 said:
Although the Red Sox have won multiple World Series since 1986 i'm still not over Buckner (even though the Sox already blew that lead and the game was tied at the time of the grounder). I still turn the channel when the replay comes on tv.

I am also a firm believer that for any die hard Red Sox fan (and not the new pink hat fans), coming back from the 0-3 deficit vs the Yankees was bigger than them going on to eventually win the World Series. Times have changed since then but a Red Sox/Yankees match up was as big as any rivalry ever. It dominated the news and newspapers for the week leading up to and dissected for weeks after. Arod almost became a member of the Red Sox that off season before eventually being traded to the Yankees. There was a bench clearing brawl between the 2 teams earlier in th season when Aron was hit by a pitch leading to the famous photograph of Varitek filling Arod's face with his catchers mitt.

Let's not forget that the Red Sox and Yankees met the previous year in the ALCS that went 7 games before Aaron Boone broke the hearts of every Red Sox fan yet again (and grew our hatred for the Yankees)! Going down 3-0 (including a 19-8 drubbing in Game 3) most of the country thought this one was over...except for us diehard Red Sox fans!

Game 5 was a 14 inning nail biting marathon that was finally won with a David Ortiz (11 pitch at bat) single up the middle.

Game 6 featured Curt Schilling and the "bloody sock" and a gutsy 7 inning pitching performance. It was also highlighted by public enemy #1 Alex Rodriguez attempting to knock the baseball out of Bronson Arroyo's arm as he ran toward s first base (and was ultimately ruled out). In the 9th inning after a close play at first went against the Yankees the fans showed their obvious displeasure by filling the field with debris. It was so bad that the umpire had a meeting the the NY mayor, the Director of MLB security, and local NYPD members. Police officers were summoned onto the field in full riot gear and remained there for the top 9th inning. The Yankees went quietly in the bottom of the 9th ans onto Game 7

For Game 7 the Yankees trotted out Bucky Dent to throw out the ceremonial 1st pitch. For those who don't know it was Dent back in 1978 who crushed Red Sox fans once again with his HR in the 1 game playoff to decide the AL East Champion. It was all for naught. After the grueling 3 games the Yankees were done. The Sox went on to roll in this one and take it 10-3 finishing off one of the best 7 game series in all of sports history.

After coming back and beating the Yankees there was no way the Cardinals stood a chance in the World Series and were swept by the Sox in 4 games.

I know this was a thread about last years Superbowl but the mention of Buckner and the Red Sox got me nostalgic!
Click to expand...

No need, I have these babies:

Anyone notice anything fishy about the PO # and Shipper Reference?

SouthernShred said:
Anyone notice anything fishy about the PO # and Shipper Reference?

Sorry Shred. I tried to help with the tweet but that dude is relentless.
"I'm kind of amazed that people actually toast their PopTarts. They're perfect, right out of the wrapper. Except the unfrosted ones, they're never perfect and always a slap in the face to America." - blugold

DB TT is brutal, sorry shred but that is so damn funny.

My Name Is Fritters

Sorry Shred, but I am finding it hard not to laugh at the joke being thrown at you

On the other hand, keep it going please Don
Bag - Adams Tech Lock

Wow....the gift that keeps on giving!