Golf equipment does not strictly pertain to just the clubs or ball that is being used, but the term also lends itself to the increasing options of electronic gadgets that have hit the market. Most of the time, conversations about technology improvements tend to focus more on lighter crowns, faster faces, and ways to make the ball spin more or less, but shift the focus to these electronic devices and one will see how rangefinders and separate GPS units have evolved into watches, or even just a simple app on a smartphone. There has also been a movement to help players study their rounds, by showing them where their shots ended up, and the route they have traveled around the course. Golfwith is introducing a product they refer to as a Smart Marker, that will provide the ability for a deeper analysis of one’s game, without having to carry anything more than just a simple ball marker and a smartphone. 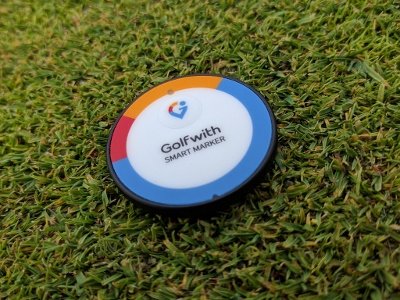 Smart Marker. Smart Marker connects to the smartphone application and gives instant audio feedback to its user. Smart Marker is easy to use portable and affordable compare to the current GPS products in the market.

After connecting with the Golfwith: GOLF GPS app, the device will command your phone to speak the remaining distance to the green.

You can review your shot history via Golfwith: GOLF GPS app.

It can be used as a ball marker

Smart Marker is water-resistant and very appropriate to use it as a ball marker on the field. Able to protect against water spray(IP64)

Holding this marker in hand, this product seems elementary, but looks can be deceiving. It’s the size of a poker chip, which makes it great for use as a ball marker, but it also is encased in plastic, which produces an incredibly light feel. Towards the top of the chip there is a slightly raised button, which activates the yardage readout, and if it’s held down for a couple of seconds, marks one’s location, or shot, on the course. Being the only real physical feature on this chip, it’s nice to see that this button provides enough tactile feedback to let one know they have indeed pushed in the right spot.

Having the smart marker itself is just a small portion of the user experience, as it is the phone application that really brings this product to life. The Golf GPS with Golfzon app is available on both iOS and Android devices, and there is a QR code on the back of the smart marker to help direct users straight to the app store. After installation, golfers will have to set up an account, which is free, and then register/pair the smart marker to ensure proper functionality. From here there is only one more hurdle, which is selecting and downloading the golf course. 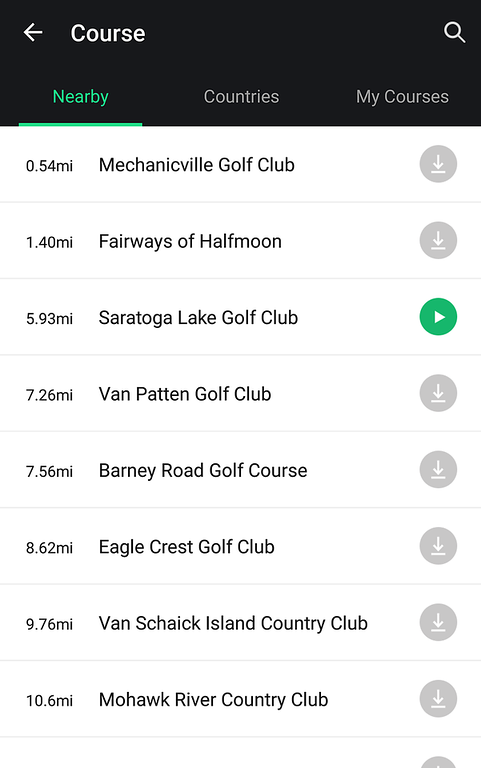 Now about the golf courses, according to their website, the app is comes with over 60,000 courses around the world, but here in the United States of America, the list is just shy of 15,000. That’s a good number of courses, and if one notices that a specific location they frequent is not included, all it takes is a simple email for the course to be added. This process was tested and the requested course was loaded in to the system in less than a week’s time.

Once on the course, the combination of the smartphone app and the Golfwith Smart Marker produced a really nice user experience. Just like with other GPS applications, it is recommended to keep the phone in one’s pocket in order to achieve the highest amount of accuracy. With that setup, players will need to make sure that they can hear the distances that will be coming from the phone’s speaker because if the sound is too low, it could come out as being a bit muffled. The beauty of using this app with the smart marker is that golfers don’t necessarily have to look at their phone once the round starts. Press the button once on the smart marker, and the yardage to the center of the green is given.

In order to track a shot, players only need to press and hold the button down for a couple of seconds. What this will do is label a spot on the hole where the shot took place, and denote it with the stroke number. After the round, or during if one wishes, users are able to go back through and add shots that may have been missed, while also being able to include club information for each shot that is tracked. It allows players to revisit their round and see the spots of the course they visited throughout, and perhaps help pinpoint what went well and not so well during the round. Not only can it be used to study the just completed round, but it also affords the opportunity to compare past experiences on the same course, and can essentially become a virtual caddie book. 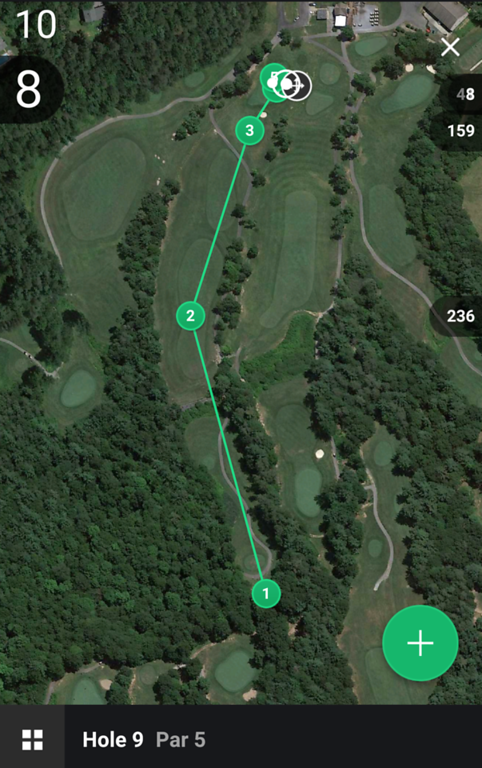 In terms of battery life, the focus shifts more to the effect it has on a smartphone rather than the actual smart marker itself. After all, the smart marker uses a CR2016 battery that should last about a year, keeping any kind of battery issues at bay during the golf season. On the smartphone side of things, users will have to enable both Bluetooth and location services in order to get the most out of their experience. Anyone who has used a golf GPS app on their phone undoubtedly knows the impact on battery life. According to Golfwith, a full round with this unit should use about 30% of a smartphones battery, and throughout testing that number proved to be fairly accurate for an 18-hole round lasting around four hours.

First and foremost, the combination of marker and app will help players find their yardages to the green in a quick and accurate way. However, the Golfwith Smart Marker has the ability to transform in to more than just a GPS unit, and is there for those players who really want to examine their recent and past rounds. Being able to look back at each shot location on the course gives the same impression fans get from following a favorite player online during tournaments. But, with all of the things there is to like about the performance of this product, perhaps the best feature is the price. At $35, it comes in at a fraction of the cost compared to some other units that offer some similar capabilities. More information, including the course availability, can be found at www.golfwith.golfzon.com.  The device is available from Budget Golf and you can use the THP exclusive coupon located on the right hand side of the page.