A hot topic for the last few years in the golf circles has been the amount of time it takes to play a round. Some feel this has contributed to the slow down in the game as a whole, and others feel that while it is necessary to get the game moving faster, that too many other factors contributed to place the blame on slow play. Slow play has been debated in every area of the industry for years and that is not going to change. Instead, this is headed in a different direction and one that might make you look at the time it takes to play in a unique light. 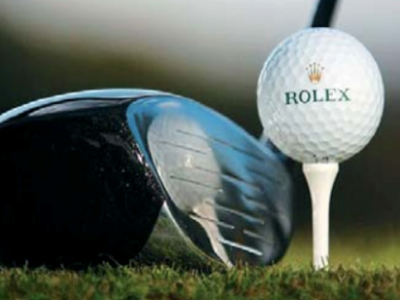 First off, what is slow play? The phrase comes up at nearly every course and tournament and any sort of jam is labeled in a similar fashion. How long should it take to play a round of golf? What used to be just under four hours was then moved to four and a quarter hours and then to even four and a half hours as the acceptable amount of time to play a round of golf. The detractors on the topic immediately push to get it back to those four hour rounds and that there is no reason that it should take as long as it does. Less rushed point to new course designs, harder course designs and more spread out course designs as the reason the extra thirty minutes has been added to the time it takes to complete the round. So who is right?

In this instance, both are in their own way, however one must look at each individual course to determine the proper pace of play and some places do this better than others. However without question, the time was moved back to four and a half hours because golfers take more time on the course. At this point it is usually pointed out that lower scores mean less time because there are less strokes being put in and therefore if it takes 1 minute per stroke (random number) 72 is less than 105. That is simply not the case. A quick look at the tour level golf round times show that even the best in the world take a long time and in the research done, the better players do take longer to prepare for each shot.

So what is the answer? Some would argue that pushing the appropriate finishing time number to five hours means that everybody would finish on time. That sounds a bit like giving everybody a trophy for participation and would do nothing to change what needs to happen to make the game more enjoyable for the masses. Golfers emulate what is seen on TV. Speed up the game at the highest level and it trickles down to what happens each weekend at the local public course. There are rules in place that are there to keep the game moving on the different professional tours, yet being enforced is something entirely different. Anybody find the irony that the last major featured one thousand loops of the Omega Watch commerical and another tour’s rankings are done by Rolex? Yet neither can clearly tell time.

All of this goes back to the original question which is not about slow play being a problem, because most agree it is. The question here is how long does it take you to play a round of golf? In the quest around the country at different events, where golfers are having fun and competing, there is no question that slow play begins to creep into each round. However when asked openly about the pace of play, most will tell you that they are not slow. Could the issue be as simple as nobody believes they are slower than they should be? Could an entire industry be propped back up to that four hour mark just by every golfer realizing that they are assisting in the epidemic of slowness that takes place each weekend around the country? You tell us.

Join in on this debate in the THP Forum right now