A multi-layer swing grip with Super Stroke technology in a firmer and feedback yielding profile. Will appeal to a larger audience than its predecessor. 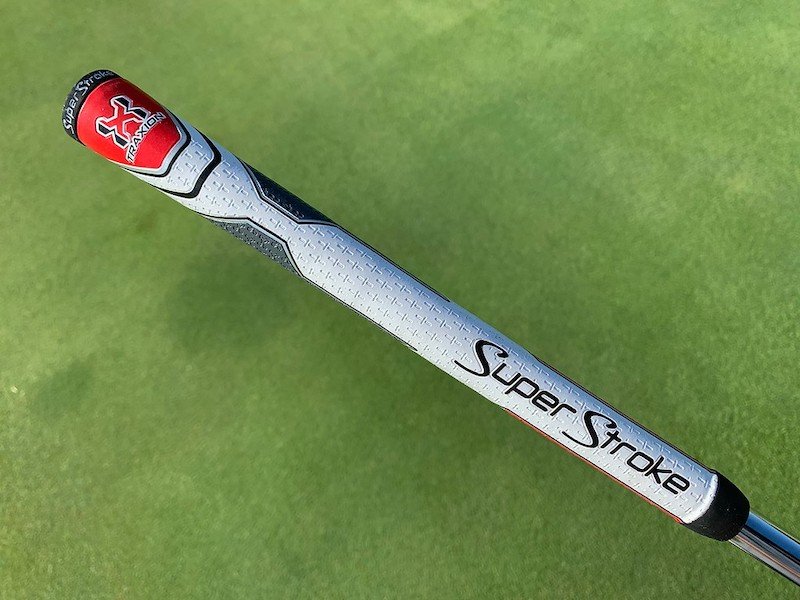 Super Stroke’s history in swing grips has seemingly been a hot and cold one, with the rubber-based versions receiving Tour play while the multi-layer designs, which the company has built itself around in putters, not yielding nearly the same success. With the inclusion of a swing grip into the new Traxion series, it would appear they are looking to remedy that.

The Traxion Tour swing grip is an interesting release for Super Stroke, and a more interesting design. There is a lot going on including, first and foremost, the “Traxion Control” texture. The goal of this was to increase the overall feedback and tack of the grip by using x-shaped micro treads throughout the polyurethane outer layer. 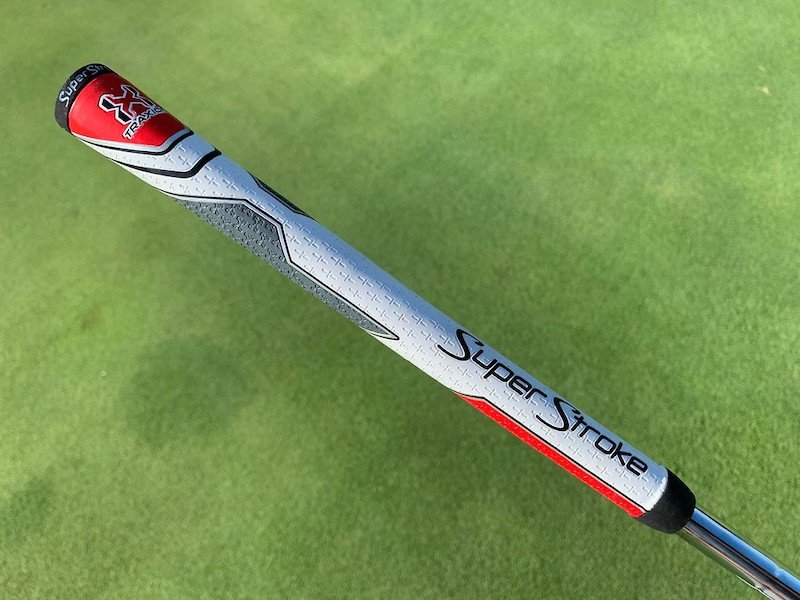 The engine to the grip, however, is underneath the outer layer. Super Stroke is utilizing a firmer rubber base beneath the outer casing which aims to give more feedback to the user than what came from the Cross Comfort design the company had created. Essentially, they wanted to find a way to give the “Super Stroke Feel”, but with more ample feedback that the better players tend to demand the most.

The rest of the story, of course, is in the “Taper Control Technology” that reduces the amount of taper in the lower hand of the grip with the goal of reducing the overall tension. Other companies are doing similar things with their swing grips, but none of those companies have hung their hat on reduced/no taper like Super Stroke has.

Performance on the Course

I decided to install the Traxion Tour swing grips onto my wedge set for this review, mainly because they get a lot of use/practice and are clubs I play from full swings all the way down to chips. Where looks go, they’re very similar to their putter grips, a bit on the busy side perhaps, but they do scream ‘Super Stroke’.

In hand, I was honestly expecting something much more “cushioned” than what the Traxion Tour feel. The tackiness of the “Traxion Control” outer layer is nice, but I think the decision to go with a much firmer under core was a wise one as the grip definitely does deliver more feedback to the user than would be expected. For me, it ended up being similar to the full rubber grips out there, which is a compliment for its versatility. 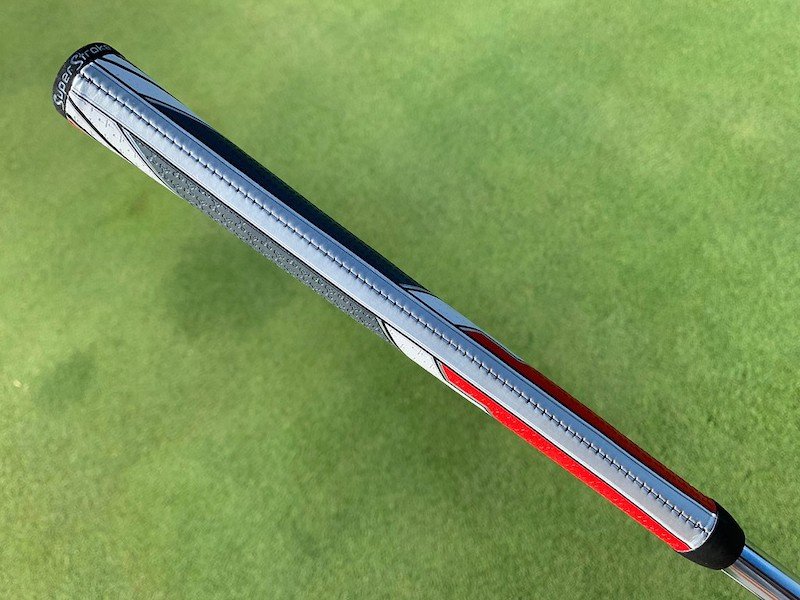 After an extended testing period the grips showed excellent performance traits in the very hot and humid Oklahoma summer, and I believe the “Spyne Technology” (a fancy name for the stitching on the back of the grip being emboldened this year to jump on the return of the “reminder” style grip going on in the industry) to be effective as a reminder for consistent hand placement to those who wish it to be. That said, after laying the grips in heavy dew as well as just pouring water on them to mimic rain they do not provide the most confidence to stay in hand on full swings. I never lost a club, but I found myself hyper cognizant of the feel and thusly changing my swing to ensure they didn’t slip. This is an area where the deep textures of a full rubber grip or cords are simply superior, which it to be expected, I think.

In the end, Super Stroke has created a very good multi-layer grip. The durability was better than I ever could have expected given the practice sessions and rounds put onto the grips, but I believe the smaller grip size compared to the Super Stroke putter grips are a big part of that. The “Traxion” texture on the outer layer isprone to allowing dirt and grass to cling to it like with the putter grips, and likewise it means they do show dirt a bit, but all in all they are a very well-rounded option for Super Stroke fans out there.