In 2012 while the rest of the industry was in a down turn, TaylorMade Golf reported record sales including a first quarter that was up 32% from the year prior. Shocking numbers coming directly after the entire year of 2011 showed a growth of 20% bringing the company to $1.4 billion and the largest golf company in the world. 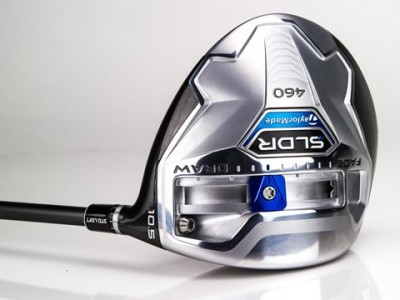 Was it more shocking that this company was having such huge success after bucking the trend by changing the color of their metal woods or was it more shocking that the success was coming in such a down market? A look at some of the numbers for companies in 2011 show an industry that was struggling. Callaway Golf sales were down nearly 8% and Nike Golf sales were down 4%, a larger drop than the previous year. Reports were everywhere that the number of golfers had been shrinking and yet while all this was happening, TaylorMade Golf was reporting incredible numbers. In early 2011, TaylorMade Golf owned nearly 30% of the metal woods market, one of the major prized possessions in the golf business. By the end of the 1st quarter in 2012, that number increased to over 50%, a number many thought would never be obtained.

So what happened? Since that time quite a few changes have taken place and when you are number one, that has to be expected. Some of the talent that assisted in bringing the company these huge growths both in research and development and marketing moved on to other companies. The world of golf has not brought back some of the golfers it failed to keep. The weather has not cooperated in the least and finally, disposable income has gone away for many that loved the game. All of that adds up to many reasons that say what they were doing just 2-4 years ago was absolutely staggering in the world of business. Yet some would say after recent reports that the walls might be crumbling a bit and there is talk of some restructuring taking place.

In the middle of 2014, TaylorMade Golf sales are down double digits for the second straight quarter. Is that the fault of the items listed above? Possibly. However based on the recent reports from major retailers, the issue might be deeper than that and involve inventory management and more importantly, the inventory of previous models. SLDR has been the #1 driver sold for quite some time in the premium market commanding a $400 price tag. However the second model for TaylorMade Golf released earlier this year had issues gaining traction. The JetSpeed was marketed numerous ways, including the commercials that featured the puppet tour staff as the Speed Police. The driver was not the instant success that many of their 2nd tier products had been such as Burner and RBZ and was discounted heavily rather quickly.

With a company structure some say is built around the inflated numbers at their peak, what can be done outside of restructuring? Which sadly is another word for cutting costs and people losing their jobs. With their hands forced in some ways based on past inventory, but still having the #1 driver on tour, and in retail, could this be a sign of a slow down in release schedules by them for the time being? Those on the internet are quick to point out that the release schedule is what has caused this, and that may not be the case. Especially considering the sales behind the premium SLDR driver at $400. Inventory managment might be a better way to describe it and when each line comes with the rest of the metal wood family and those do not go over as well in sales at the retail level, the bump in the road becomes a major issue.

Smart people are at the helm and will get the company turned towards the right direction again, because frankly golf needs more companies producing high quality equipment, not less. However with the golf world exhausted of the doom and gloom reports that are seemingly coming out weekly about the lack of interest, it makes one wonder what the future holds. Great companies will continue to produce great products and push the envelope to give us the tools to enjoy the game more than ever.

What do you think? Will changes coming this month in the structure of TaylorMade Golf help rebound a company that has produced incredible numbers over the last few years as well as some top notch products?  Discussion taking place in the comments below or in this thread on the THP Forum.