In the past handful of years, Wilson Staff has done a fantastic job of revamping and rejuvenating their iron lineup. Their offerings have maintained a balanced profile by producing irons that could play the role of beauty, while still rolling out those that are more suited to be the beast. It was only a matter of time for the clean looks of their players’ irons started to seep into the distance-driven D series irons. When Wilson unveiled the new D7 irons, it carried with it some technology that was used in the D300, while merging some other design implementations from different sets in their lineup. 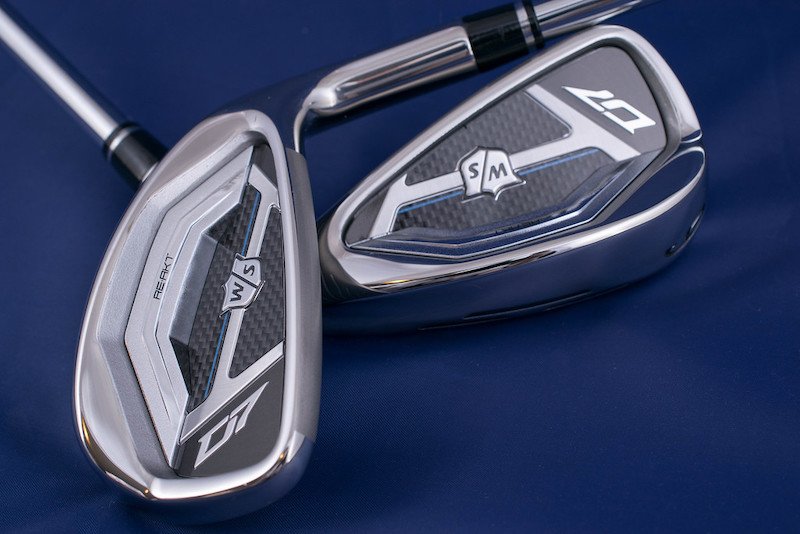 For most golfers performance wins out when it comes time to update equipment. Therefore, anyone that is currently playing the D300 irons will likely keep a watchful eye on the D7 to see if the playing aspects are enough to warrant an upgrade. However, before we get to what kinds of numbers these clubs produced, it is essential to talk about how Wilson took the time to overhaul the design elements from the D300 and make a much more attractive iron.  Yes, the Power holes are still present, but unlike the previous version, these urethane-filled holes are located only on the sole. That itself is a significant change from the D300, as those elements were featured on the top line and along the outer edge of the iron head. To some golfers, looking down at a club that doesn’t present itself as clean, was an issue and a non-starter. By reallocating the location of the Power Holes to the sole, Wilson has cleaned up the top line, all while making it look thinner, albeit still on the thicker side, giving golfers who prefer a larger clubhead something with a more refined look at address. 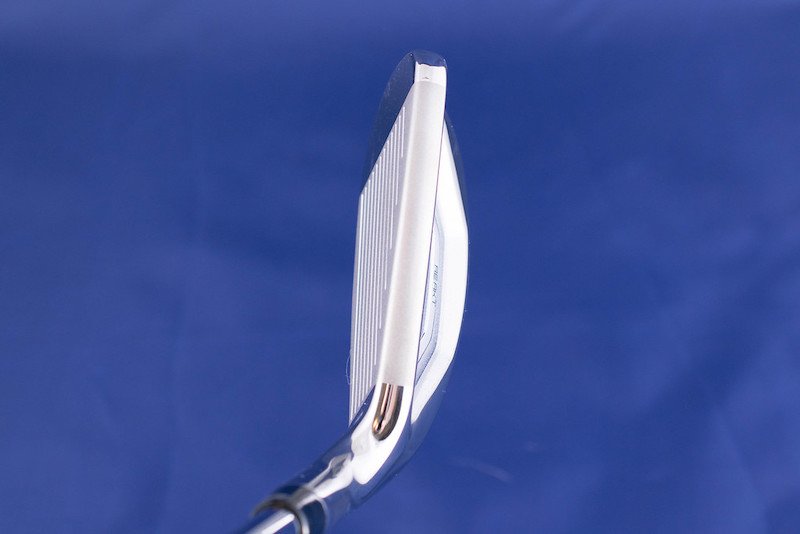 As mentioned above, the Power Holes make their only appearance on the sole of the D7 irons, with the caveat that all irons in this set are created equally. From the 4-iron to the 7-iron, there are now three rows of Power Holes that make up what Wilson is calling their RE-AKT Technology. Essentially by utilizing this sole design, Wilson engineers were able to include the thinnest iron face that they have ever brought to market. With the realization that not every iron in the set needs to harness such speed, there are only two rows of Power Holes in the 8 and 9-iron, with only one surviving row in the Pitching Wedge and Gap Wedge. Besides the visible technology that is present on the sole, it is also reasonably wide which will help prevent the club from digging. Due to the wideness of said sole, it does come in to view at address up to the 7-iron. Some golfers might find that look distracting, but it did not bother me at all. 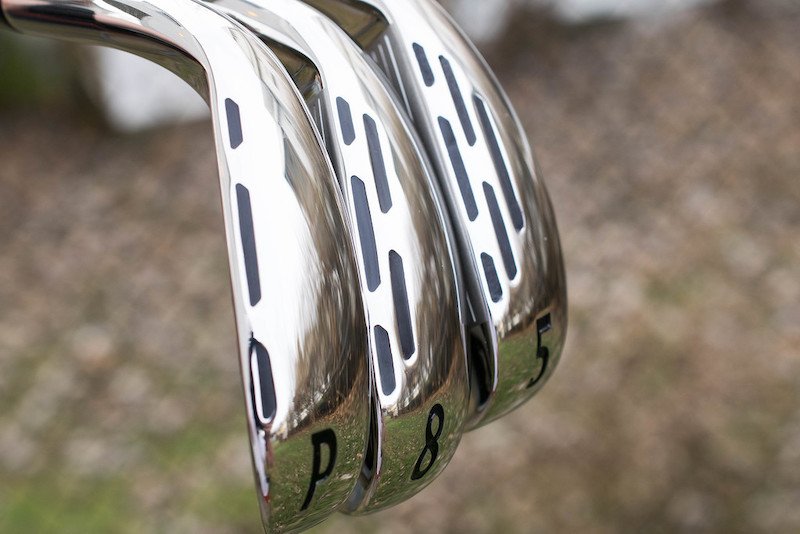 There is one last part about the aesthetics of the D7 irons that is worth mentioning, and that is the cavity design and color. Carbon fiber has been a popular material for Wilson this year as it can be found all over their new Cortex driver, winner of Driver vs. Driver 2. By utilizing it here, it allows Wilson to dampen some vibrations and work with the sound to make the D7 not quite as loud as the D300’s were. Does anyone else notice anything from the D7 irons that is somewhat surprising? Where is Wilson’s signature red color? Looking all the way back to the Di5 irons, which spans back to 2005, red has been a big part of the D Series iron. This time around, we get an accent of blue within the cavity. It does not scream Wilson Staff, but it does look good. 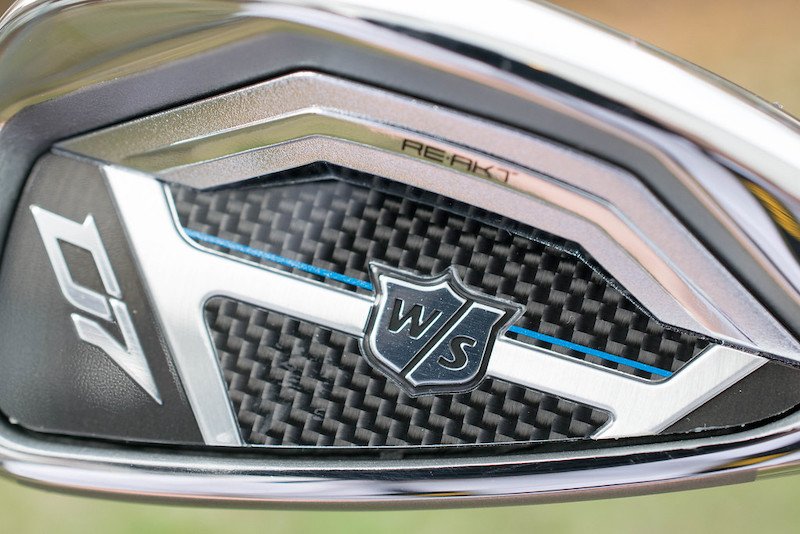 When Wilson released the D300 irons, they marketed it as an iron that was going to give some added distance and forgiveness, and during our review process, those traits were undoubtedly evident. They produced some added yardage, but most noticeably offered an iron that was getting the ball to peak out with enough height that the ball was not bouncing off every green due to the low spin nature. With the D7, the message seems to cater to the golfer not only looking for those same attributes but also making sure there is a bit more consistency to be had. Often on the internet, the term “hot spots” gets thrown around, and that is when one of these shots comes off with some lower spin and carries further than normal. Those instances are what Wilson is trying to reduce with the D7. When collecting data on a Foresight GC2, the number of those shots was certainly limited. I won’t go as far as to say those “fliers” have been eliminated, because as we have seen, with the lower spinning iron heads that are out there, those shots rear their ugly head from time to time. While we are talking about data, let’s take a look at how the D7’s performed in various spots in the bag. 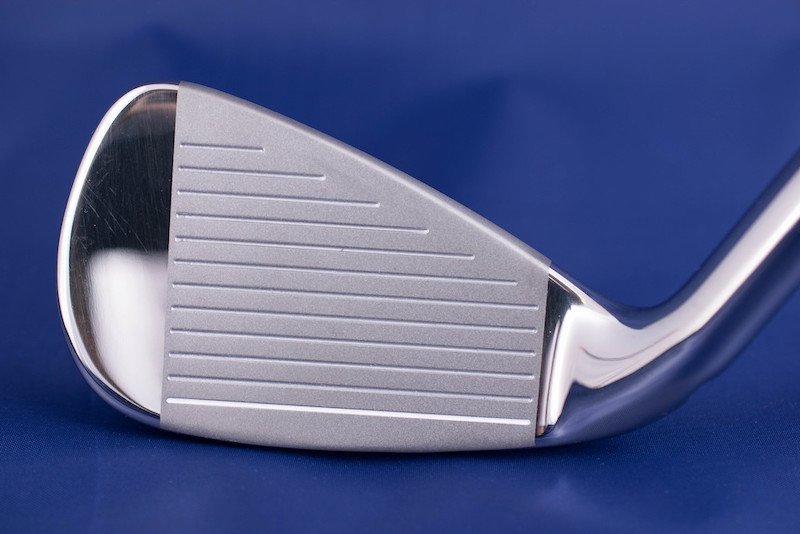 Starting with the 6-iron, our numbers show that these are indeed a lower spinning iron design, which should be expected from a stronger lofted iron. As someone who does not generate a ton of spin, that number might be a bit lower for me than it is for you. While I was not cranking up the RPMs, the combination of peak height and descent angle are good enough to hold a good portion of the greens that I usually play. Getting that peak height over 30 yards is something that I strive for, and this data set shows that the D7’s are capable of achieving that number. Of all the shots in this sample, there is one that came off like a low bullet, but all the others sit in a comfortable range for my standard 6-iron.

Moving on to an 8-iron now, we lose the third row of the Power Holes that are present in the lower lofted clubs. Similar to the 6-iron, the height and descent angle on this club should help make up for the lack of spin that these produced. Even more impressive during testing with this club in particular, was the repetitiveness of the yardages. The average carry distance registered in at 153, with the longest being 159. If we ignore that 159, the other shots were all within five yards of carry distance, which is impressive considering this style of iron. Being that my swing is far from that of a robot, I found this collection to be impressive, and something I did not see with the D300. Specifically, in the long and mid irons, I found the D7 to be plenty forgiving enough when low contact occurs. Unfortunately, I cannot say with 100% certainty that it is the multiple rows of Power Holes that made that happen, but I do believe that they are indeed a big factor in that outcome.

Finally, we get to the PW part of the set, and the distance numbers continue to fall in line with my typical game. Under normal playing conditions when facing a 125-yard shot, I would not hesitate to reach for my PW. Low and behold, the average carry distance for the D7 PW was 127 yards; therefore, it would play nicely in my bag. Taking more of a general overview of all the data collected the peak height is within a few yards of each other, and the descent angle gets sharper as the loft increases. Yardages are what I would expect to see from irons of this ilk, and during the warmer months, it is likely that I could gain a bit more distance from them. 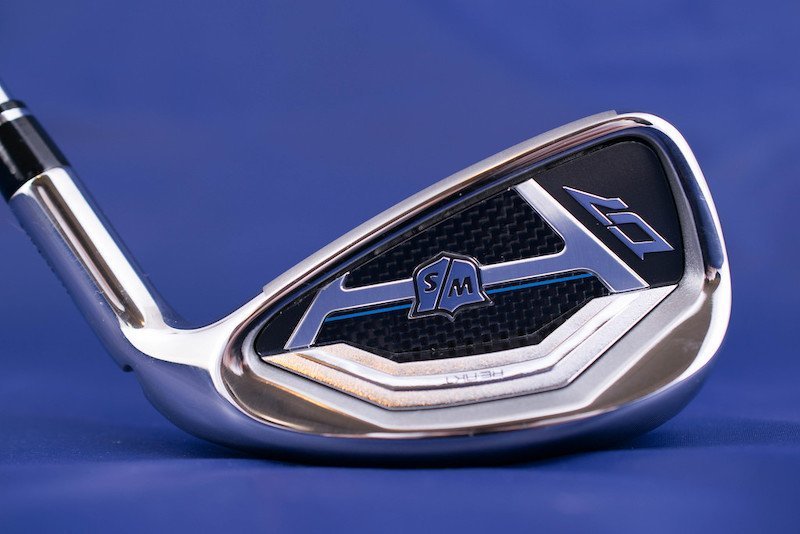 Like it or not, we are living in a time when golf clubs are becoming more expensive. With that in mind, the D7 irons present themselves as a fantastic value to the golfer who does not want to fork over near $1,000 for their next set. Wilson has priced these aggressively at $599 for steel shafts and $699 for the graphite option.  At that price, they are an easy set to recommend to somebody who is looking for a forgiving, easy to launch, and good-looking set of irons. They might not be the longest or most forgiving irons on the market, but they are going to do more than hold their own against the competition in this space. More information on the D7 irons will be available at www.wilson.com.