Anyone who has played golf understands that there is a mental aspect to the game that can help lead to good scores, or worse, make even the easiest three-foot putt a stressful knee-knocker. Yes, confidence plays a big role in this game, and for a significant portion of amateur players, no situation is more uncomfortable than being in a greenside bunker. Players on the PGA Tour would often welcome sand shots versus a lie in the rough; conversely, amateur golfers step into a bunker and instantly get that uneasy feeling. Why is this? Partially because setting up to get consistently good results means preparing to hit a shot that is entirely different than the vast majority of shots faced during a typical round of golf. Building off of a philosophy that a good golf swing starts from the ground up, Hamish Robertson, a member of the PGA in Australia, has developed the Bunker Belt to help players obtain more proper technique and confidence when facing these problematic shots. 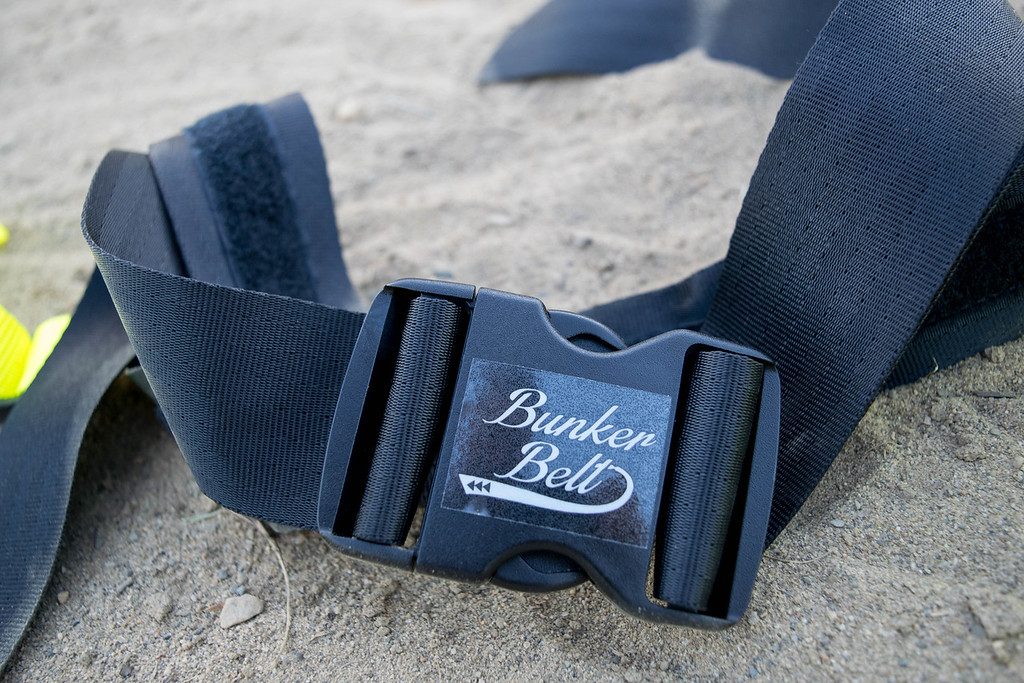 My initial reactions concentrated on how unorthodox the product looks. Some training aids lack that specific “coolness” look, but if they work, we as golfers will tend to get past that aspect. Before divulging the results, let’s take a look at how to set up for success with this Bunker Belt. First off, this product is highly adjustable, which makes it easy to use with golfers of varying sizes. The nylon belt strap can be tightened on both sides of the plastic buckle, ensuring a tight fit around the hips. Once the belt is secured, players are to slip each foot through their respective foot loops and then tighten by pulling on the side straps. From here, when a player is in an athletic stance, and the straps are taut, there is instant feedback if a player does not stay grounded during the swing. 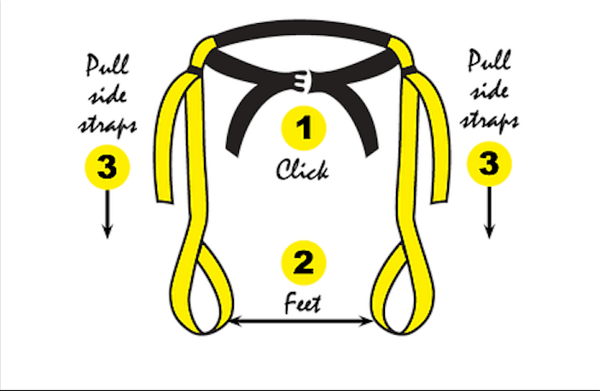 When correctly set up, the bunker belt provides a feeling of being anchored to the ground. Part of the key to successful sand shots is keeping the lower half of the body still while being able to finish with one’s chest facing the target at the completion of the swing.  Maintaining this knee flex will allow players to develop a repeatable impact spot where their clubhead meets the sand. Having a significant weight shift forward, standing up, or dipping down will all have an adverse effect against such consistency, leading to shots that feature heavy or thin contact.  Not to mention, standing up during a swing while wearing the Bunker Belt leads to a somewhat uncomfortable feeling, because there is nowhere for that belt to pull but down. Because of this sensation, it can be considered a successful aid in this facet. 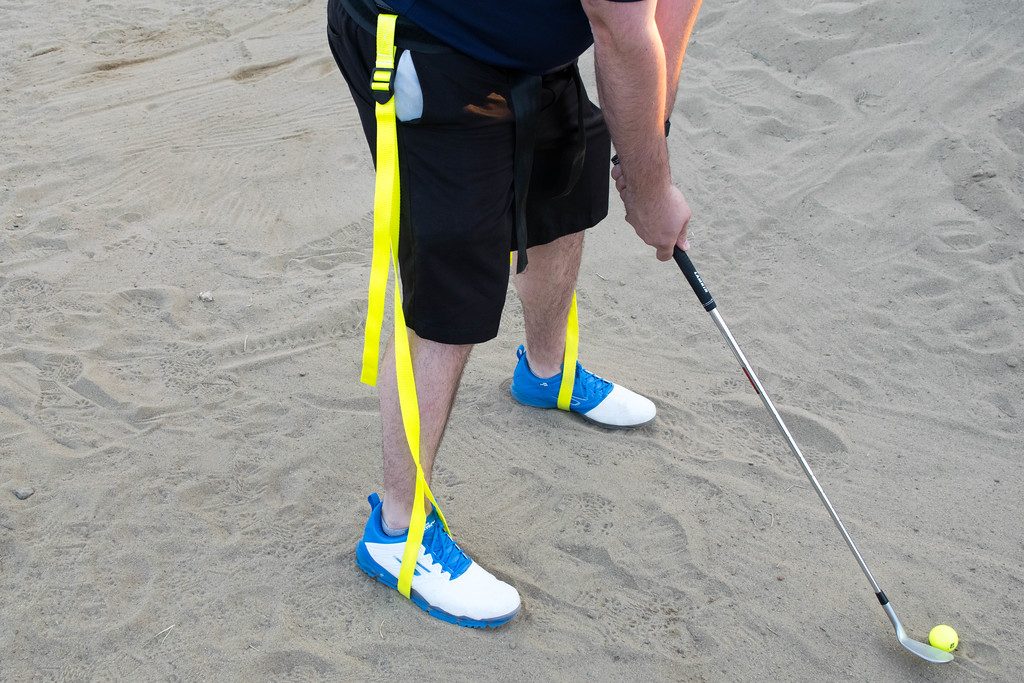 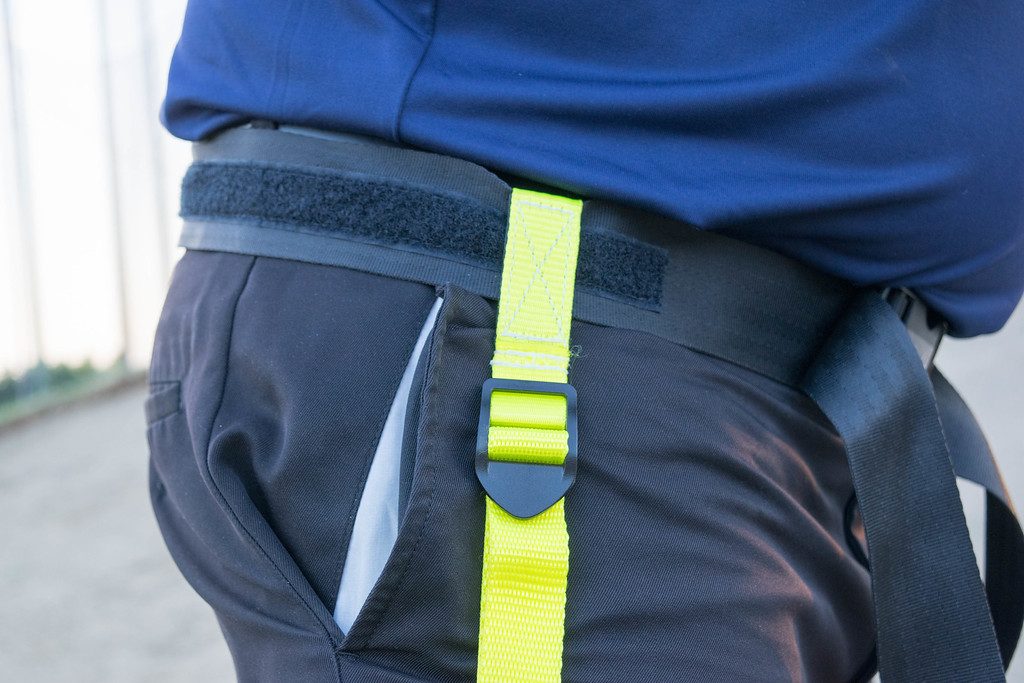 After taking practice swings with the focus of keeping that knee flex, then it’s time to work on using the bounce of a wedge to help develop a more proper technique. Thanks to a more stable base, it became easier to feel how the sole of the wedge interacts with the sand to achieve a higher success rate of splashing the ball out and on to the green. 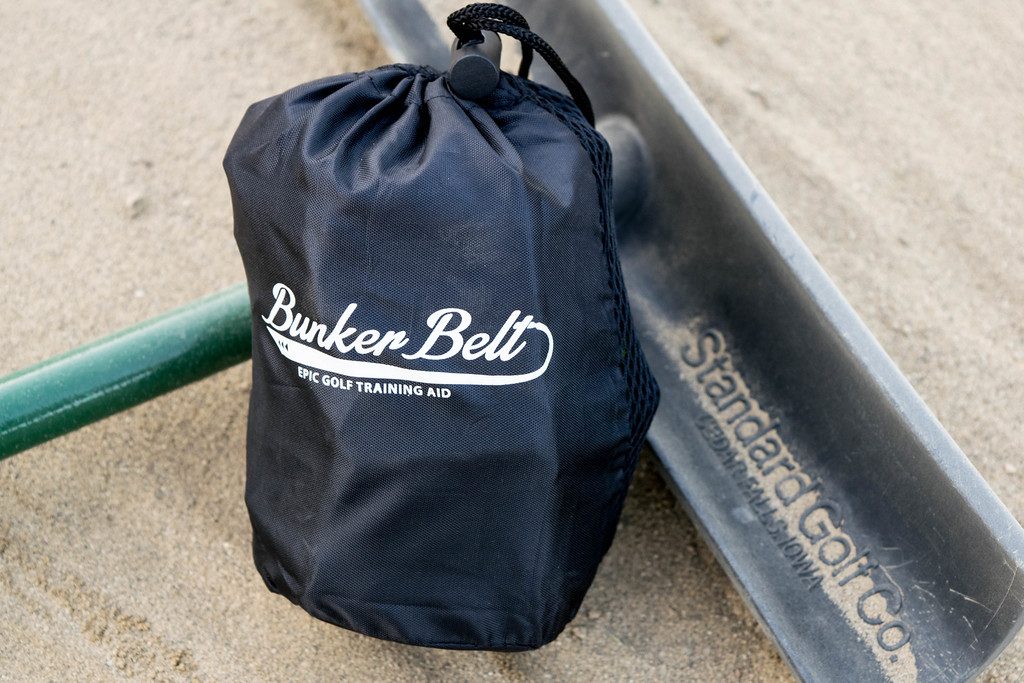 Incorporating the Bunker Belt into a regular practice routine led to some improved play on the course. Yes, there were some growing pains, as staying down during any swing is a fault I often battle. During the last handful of rounds, there has been an uptick in sand save percentage, which is certainly appreciated, but even more than that is the ingrained feeling of keeping a stable base, using the wedge bounce and ending with my chest at the target.   With the complexities of bunker shots, having the Bunker Belt has simplified the mind when digging into the sand. While it might not make anyone a complete bunker player, it will provide a solid foundation on which one can strive to improve.  On their website, the price for this belt is $49.99 AU, and with shipping and converting the amount to USD, that is roughly the price depending on where in the US one lives. More information, including some helpful videos, can be found at www.bunkerbelt.com.