The Steelhead iron was one of the most monumental iron releases ever to come from Callaway Golf so it is no wonder that with all of the nostalgia we have seen from them in recent years with Big Bertha and the like, that the Steelhead name too could return. This year the newest iteration of Callaway’s XR is doing just that, incorporating the already proven 360 Face Cup technology into an iron shape that to this day holds a significant following. 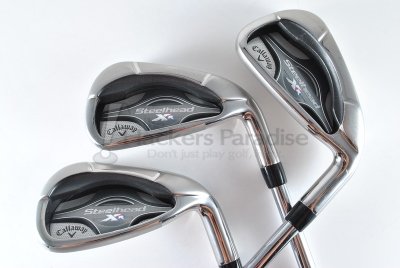 For this review the Steelhead XR irons were tested in a 3-PW configuration paired with True Temper’s new XP95 ST15 shafts.

The Steelhead XR Irons are where a signature shape meets breakthrough performance with our industry-leading, next generation 360 Face Cup. They deliver the finest combination ever of speed, forgiveness, distance and control in a Callaway iron

As mentioned earlier, the Steelhead name carries with it a ton of nostalgia. The original designs were not just significant in Callaway’s iron releases, they were also some of the most popular from any OEM. But even with all of that, what is there to gain by bringing the familiarity of the Steelhead into modern times by fusing it with current technology? Why Steelhead? Why now? 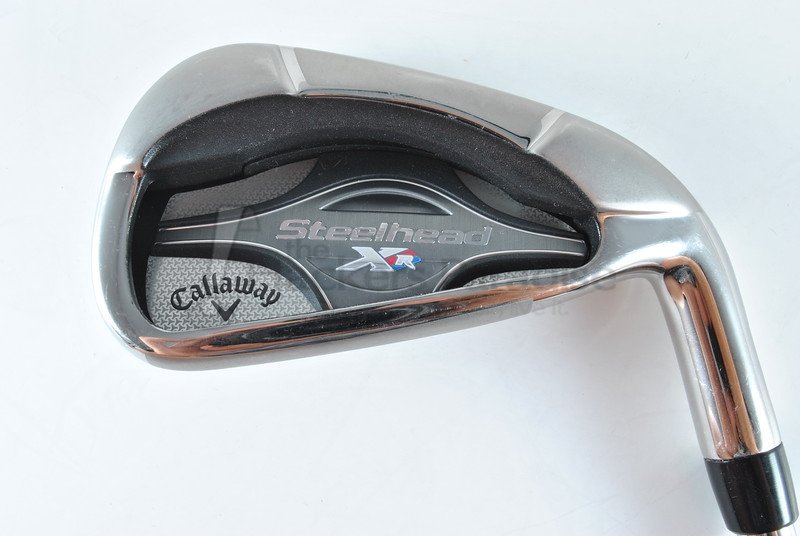 This new XR version’s shape is based around the Steelhead X-14 and the emphasis has been on bringing that particular version into the present day. As such, the blade length is a bit longer and the overall style is more on the rounded side than we have seen in the XR line previously, particularly where the hosel and topline integrate with each other. The application of the 360 Face Cup into the shape allowed for the manipulation of a lot of mass within the design to up the overall perimeter weighting for a deeper CG while reaping the benefits of the face tech itself. Additionally, the “bore through” hosel has made its return and in the modern twist the implementation of hollowing out part of that hosel region has allowed even more mass to be moved to also alter the CG. 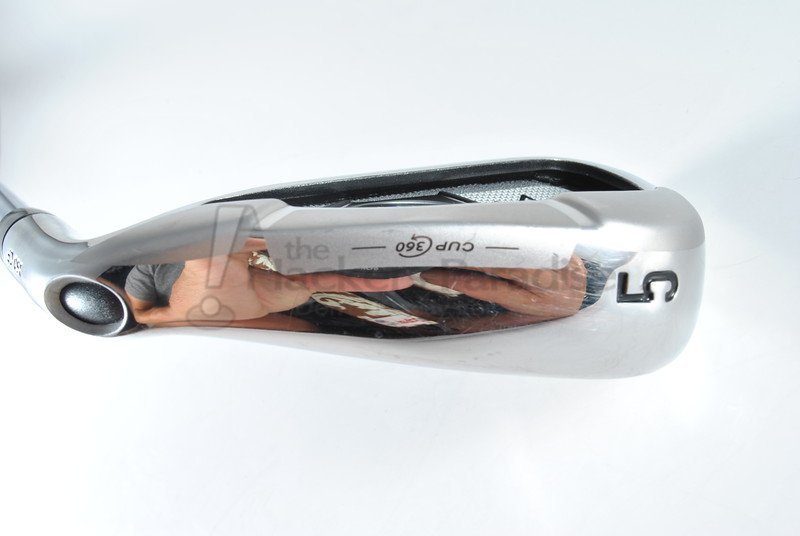 But that brings us back to the “why now” aspect of this release. As discussed above, there are clear performance reasons for going a bit “throwback” in the overall build here, the name itself has just as much of a role. In recent years Callaway has clearly gone all in on embracing its storied past and a big part of that is taking legendary release names and re-inventing them with modern performance enhancing technology. First it was Big Bertha, now it is the Steelhead, and frankly for the current direction of Callaway it makes perfect sense.

The XR Steelhead irons are very much visual throwback for Callaway as a company and really were a necessary departure from the prior iteration of the XR irons. The XR’s were a performance breakthrough in the iron department and garnered a ton of popularity though that aspect as well as being pretty aesthetically pleasing. In the opinion of this reviewer, it would be hard to improve upon the XR’s without doing something unique with the design, and there is not much more unique than the Steelhead shape. Although in terms of overall footprint, the Steelheads are reasonably close to the original XR, the shape lends itself very well to a game-improvement class of iron. The more curved/rounded overall toe and topline shape does a nice job of hiding the size from the top, and the way that the hosel flows to the topline makes the offset factor much more visually comfortable. In all, it’s just a very unique shape that screams playability. 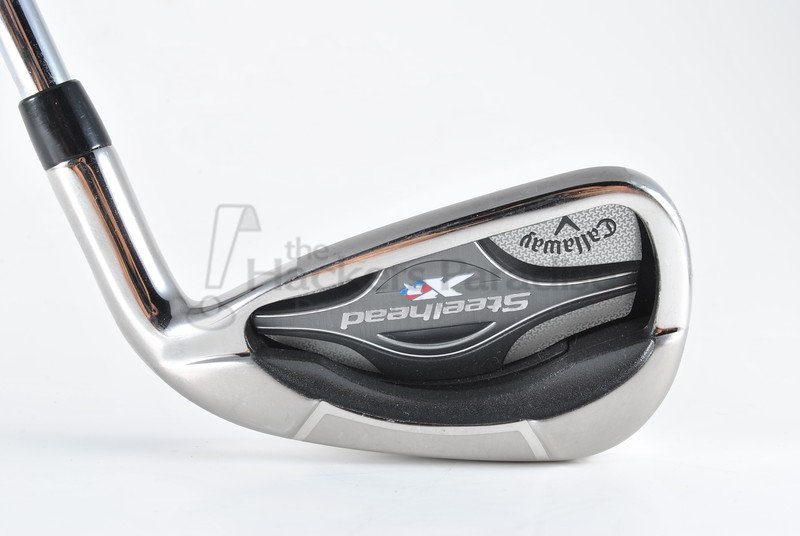 Time on the course and launch monitor with the Steelhead XR irons backed up all claims and suspicions of being a high launch and low spin setup. For this reviewer, peak heights in the 5-PW were all in excess of 34 yards and the 3-4 situated in consistently about 30 yards. Much of that goes to the design itself which, as with their predecessors, focus not only on launch but also low spin which really maximizes the available distance potential. Such low spin irons often bring out the question of how they hold greens, particularly into the longer irons. What many who focus on that spin forget though, is that the high peak apex of sets like these make that a non-issue for most golfers. For this reviewer, there was no issue holding greens with the 5-PW in the set and even the 5-iron showed the ability to stick and spin on the surface of the green. That said, when you get into true long irons like the 3-4 there is more skill required in hitting them into greens because they naturally are harder for most amateurs to launch. Worth mentioning here too is that the Steelhead XR are paired with the all new XP95 ST15 shafts from True Temper and at a 95g weight they feature a really nice stability, but it’s the “kick” through the transition that stood out the most during the review which aided the set in getting up to its apex in a hurry. 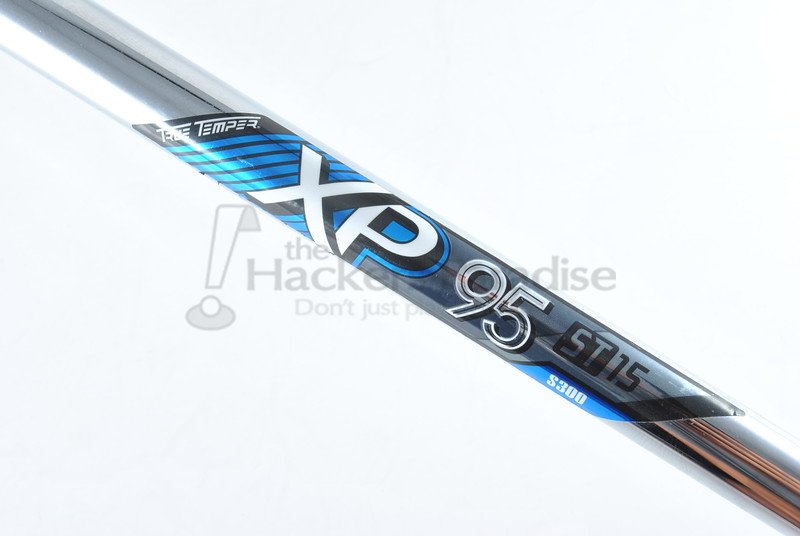 Although they launch well, the shining aspect of the Steelhead XR is the same as with their predecessor: The forgiveness. Thanks to the 360 Face Cup, misses toe side and low still respond with minimal spin alteration and ball-speed drop offs when compared to center strikes, making them one of the top performers again in this area. The real stand out aspect was how the Steelhead’s responded to misses high and heel side, significantly better than the XR were as they maintained much more ball speed there which has to be in large part thanks to the actual face shape of the design offering more area and mass in the right places on those misses. 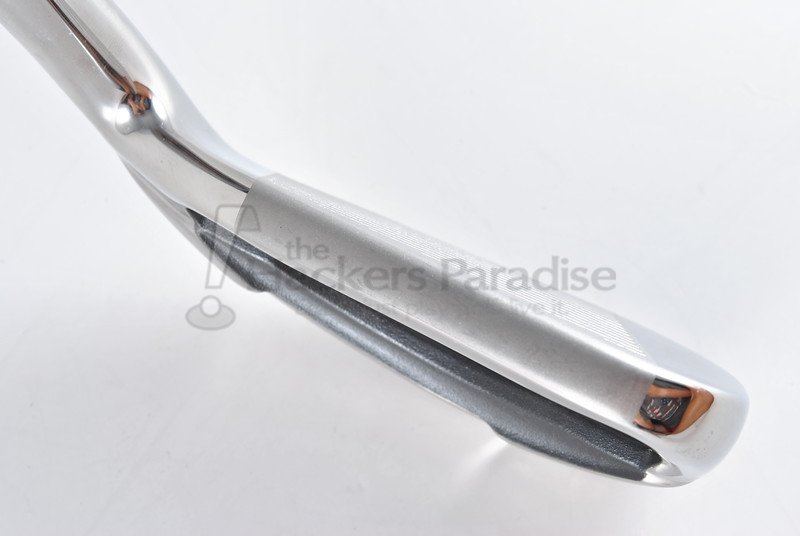 With all that said, the set does offer a lot of distance potential, however, for this reviewer it was no different than that of the CF16 or the XR’s. The argument can definitely be made here that the real differentiating factor of the sets will be based on forgiveness and where it is offered through the different options. The Steelhead may not offer more distance, but it does play better to certain misses than Callaway’s other options. Additionally, with the shape change, the feel/sound has changed as well and has become sharper overall losing some of the plushness on well compressed shots and gaining a higher overall pitch with more click at impact all over the face which may be a bit harsh to some. Clearly, feel is subjective to the user, but this was a surprising aspect of the review regardless and worth noting. 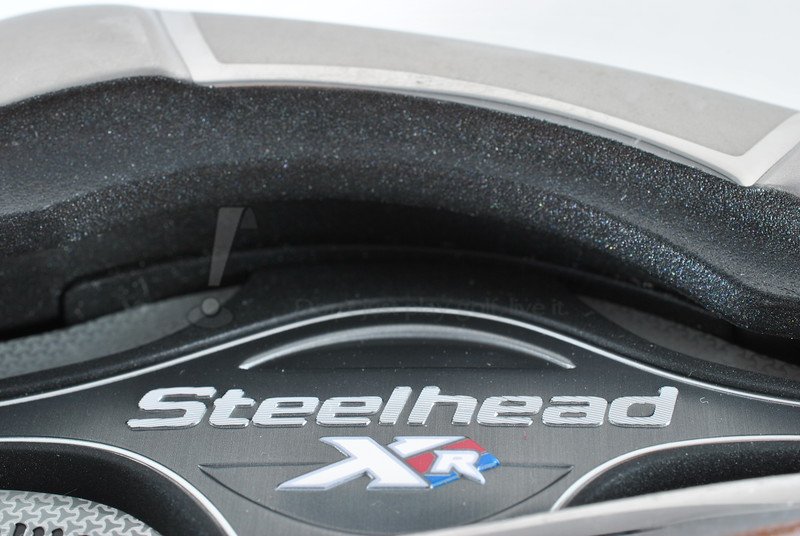 The Steelhead XR’s by design definitely want to go straight more than anything else. Yes, they do offer a fair amount of offset, but even then during testing they showed no more propensity to naturally turn over than any other game-improvement set, as always, there is more to offset than that and the individual setup/swing will dictate the flight direction more than anything. That said, these are clearly not going to be the most left/right workable irons because, by design, the weighting as well as CG placement puts an emphasis on repeatable and playable flights, it can be done, just not as much as other options within Callaway’s lineup like the Apex Pro or CF16’s.  However, options are definitely good, and the Steelhead XR will fall firmly in the realm of needs that will appeal to a lot of amateurs. 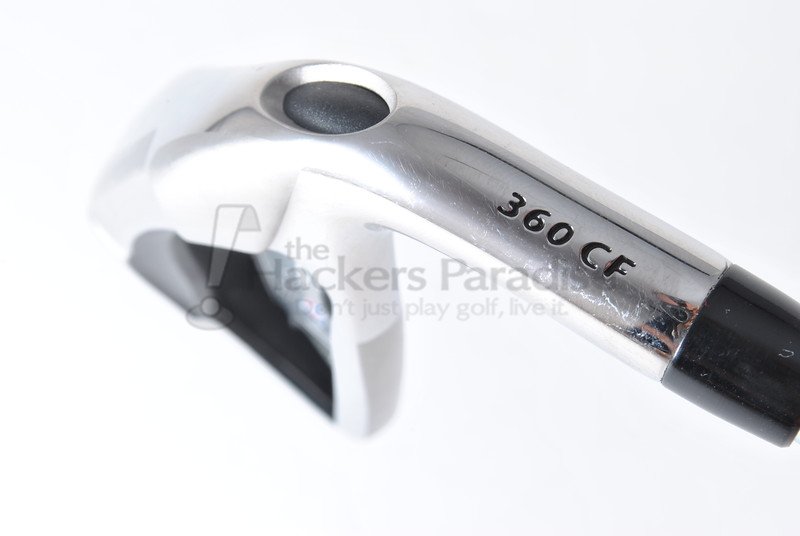 While there is no shortage of technology within the new Steelhead XR irons from Callaway, it is clear that the nostalgia factor for the shape and the name could very well be the biggest draw here. At their root, they are very good irons that offer everything the XR irons did before them in terms of performance with improved reactions to the inside miss thanks to that unique Steelhead look/shape. What Callaway has done here is once again produce an iron set that fits nicely within their lineup and offers ample forgiveness and distance at a price point that will appeal to a broader range of golfers while not sacrificing technology to do so. Options are good, and Callaway continues to provide just that for golfers of all skill-sets.

The Steelhead XR irons have a price point of $799.99 in steel and $899.99 in graphite for the 3-PW set configuration. More information on these and all other offerings can be found at www.CallawayGolf.com.