In 2017 Callaway went out on a limb and introduced what were then their most technologically advanced irons to that point in the Epic and Epic Pro. Facts being what they are, the argument could be made that both sets were ahead of their time, but they served as a concept release of sorts that let the R&D forces at Callaway really flex their muscles with no limitations on price. While performance was there, the feedback on the irons was hit and miss, perhaps the most important aspect with that release is what it meant for the future irons Callaway would release utilizing many of the things they learned from the Epic’s.

However, if you thought that was the end of the Epic iron lineup, you were dead wrong.

Releasing alongside the Epic Flash hybrids, the Epic Forged irons are the next evolution of what started in 2017, but this time it is less of a concept release and much more of a top of the line premium one.

First things first, the Forged irons are not “just another iron release” from Callaway. These are not just another run of the mill addition to the company’s current cornerstone lineup of clubs.  These irons have been developed for years and bring with them a lot of excitement because of what they learned with the previous iterations. Just what have they learned? Well, lets get into it.

The Epic Forged irons are this time a singulariron set release.  Gone is the standard/pro battle, this is a big reason even more focus was able to be put onto looks, fit, and finish with all aspects targeted at bringing to market a premium high-performance iron unlike anything else they have done. 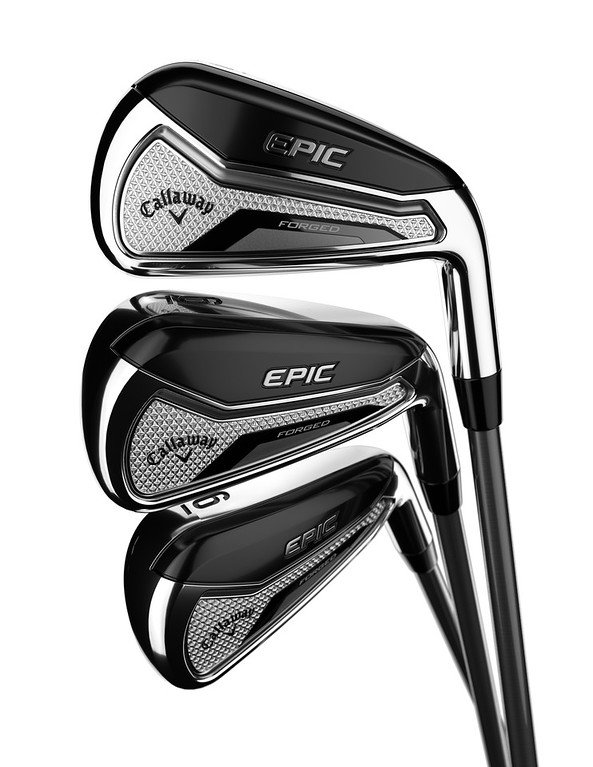 Visually where their predecessors were very much a concept look which flexed their visual technology muscles leading to a look that was described as abstract and less than pleasing to many, Callaway came out with utmost focus on not going down that road again. The angles, flow, finish, badging, all of it was done to create a look that would be described as ‘striking’ this time. The thing is, with this being sucha wildly multi-material design there was incredible manufacturing precision necessary to pull it off, and part of that bled over into the aesthetics. It will be very interesting to hear the aesthetic feedback on these when they make their way out into the wild.

The catchphrase behind these irons is forged performance with Epic distance, and as one can surmise from that, it means that the cast body is gone, and in its place is 1025 forged carbon steel. Part of the reason for this change was the overwhelming feedback about the sound/feel of the Epic/Epic Pro irons being mostly negative. By moving to 1025 CS you help much of that, but it came with the necessity of perfecting new methods of applying the 360 Face Cup and ensuring the whole thing will stand up to the forces created through impact. By using methods developed with the new Apex Pro irons, Callaway believes they’ve done just that. In most cases, that alone would be enough to merit a new release, but with Callaway there is much, much, more than that. 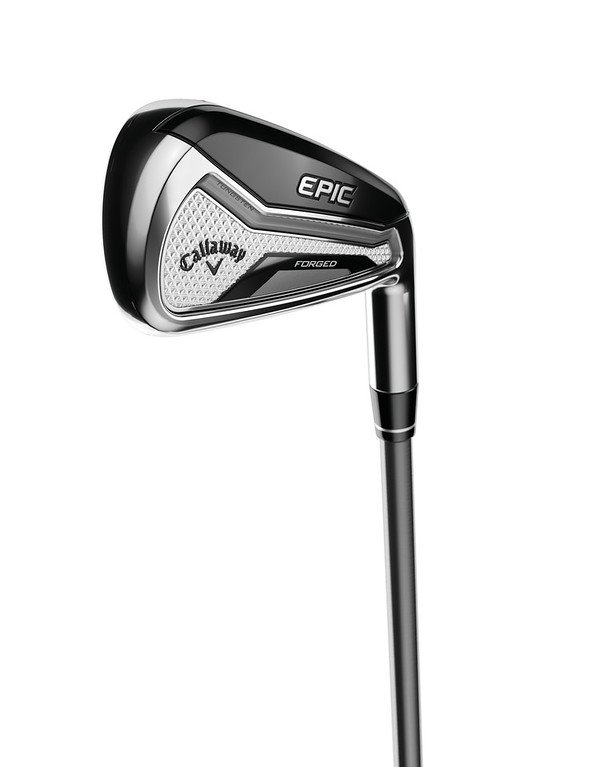 The Epic Forged irons are also the first forged iron the company has applied their suspended tungsten weight into. This weight being suspended allows for the precise manipulation of CG, but the problem comes in the fact that tungsten in its purest form (used here) is not weldable so the application into the design is truly next level. The weight has been placed into a TPU (urethane) jacket and suspended using the same Urethane Microspheres used in the Apex 19 irons. The microspheres are the ‘secret sauce’ if you will, as the million tiny air pockets inside them allows the weight to stay in place, the design to work, but for unwanted vibrations to be dampened without slowing the face. This directly addresses the biggest complaint about the Epic Forged predecessors, sound/feel, and if it is as effective as it has been in the Apex 19’s, this could alter outlook and feedback on a design like this entirely.

While the 360 Cup Face is the thinnest the company has produced to this point, which means even more speed amazingly, the other feedback Callaway wanted to address with this new Epic iron was the tendency of players to see the scoring irons as a bit overpowered leading to some wildly long distances at times. To combat this the set design shifts at the AW, GW, and SW using MIM’ed tungsten instead of suspended allowing for a higher CG in those irons, meaning the more penetrating and controllable flight you want to see in your wedges. 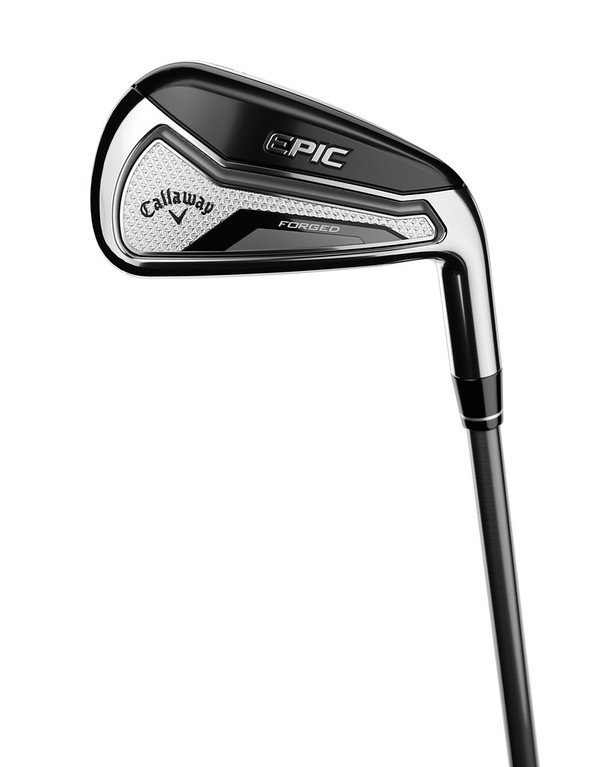 Additionally, an all-new VFT pattern is in play to further help control the ultra-low spin and ‘fliers’ that were seen in the previous Epic irons. Similar to what was done in the Apex 19’s, the goal of VFT is to allow the design to be low lofted (yes, they are ‘strong’ lofted, 9i is 36°, PW is 41°, and AW is 46°) and super high ball speed, but stay above spin thresholds that Callaway set for themselves this time around. Meaning control, and green holding capability, should be greatly improved.

Rounding out the design, Callaway has entered into a partnership with Steelfiber on these irons, making their new FC 70/80/90 shafts the stock steel offering. For graphite, it’s the Tensei AV Silver 55/60/65. Also, the Golf Pride Tour Velvet ALIGN grips are the stock option.

There is absolutely no doubt whatsoever that the Epic Flash irons are going to cause some diverse and passionate conversation out there whether it be the price, the lofts, or the claims. Coming in at $300.00/club (steel or graphite) they are firmly an ultra-premium priced club, and that is exactly what Callaway set out to create. There was no ceiling in play for the R&D team on these, and as such the performance claims are just as big as the price.