Anyone who believes that golf club manufacturers are just churning out new releases with minor tweaks and slight performance improvements are not paying attention to Callaway Golf. No matter your opinion of the brand, there is no way one can sit back and not notice the swing-for-the-fences attitude and swagger the company is operating at. Let’s be real though, if you are using a name like Epic as your cornerstone lineup name, you had better be bringing the substance.

The Epic Flash metalwoods have been a runaway hit since their release in January, and rightfully so, as they are literally on the cutting edge of club design. Upon the release, THP’ers and golfers everywhere asked, where is the hybrid? Yes, we have the Big Bertha and the new Apex hybrids, but why not an Epic Flash hybrid?

The company line answer? A belief that it slots in best with the release of the Epic Flash irons.

My personal opinion? Because there is legitimately so much going on here that more time was probably needed to get this “concept car” rolling.

Oh sure, you’ve heard this one before, well believe me when I say take all those experiences and throw them out the window. The amount of tech involved in these hybrids is staggering on paper, literally everything that Callaway has applied in the past, and some new tricks, rolled into ONE design.

Hold on to your hats.

There is a lot to dive into here, so bear with me on this one. I mentioned just earlier the notion of a “concept car”, like what the company did with the Epic and Epic Pro irons this is a rollout of something different from what we have seen done before in hybrids. Before we get into all this tech though, it bears putting out there that Callaway is adamant in their belief of this hybrid’s versatility as a stand alone or blending into various sets, and the decision to offer 18° to 27° loft gaps (3H-6H) should help achieve that. 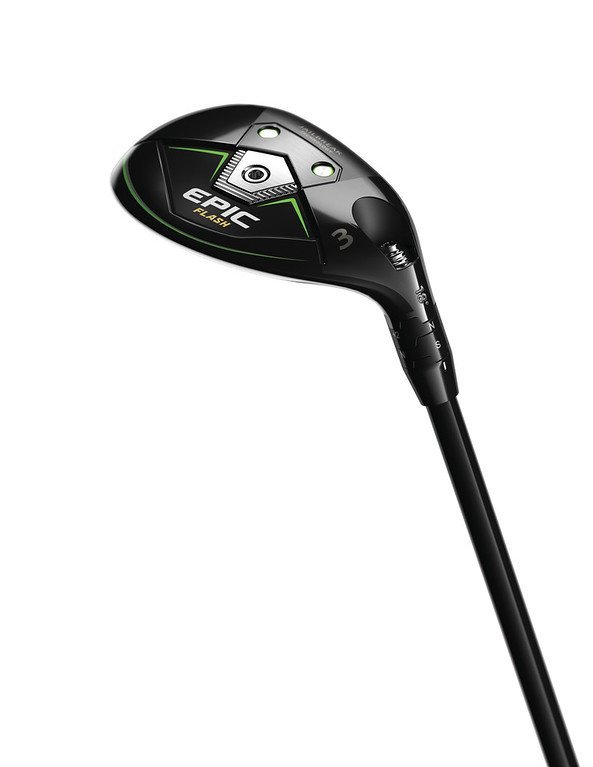 The first thing to take note of is the shape, as it is a true departure from what Callaway has done with the Apex or Bertha hybrid designs. The address look is much more ‘pear’ like, and where size is concerned slots between the two aforementioned designs. Most noticeable to long time Callaway hybrid users will likely be the face shape as it has a much more fairway like look/curvature to it which the company believes will make the club even more versatile for golfers. For those wanting a more defined size classification, this is not a super game-improvement footprint, and the aim seems to be at the mid to single digit handicap players. 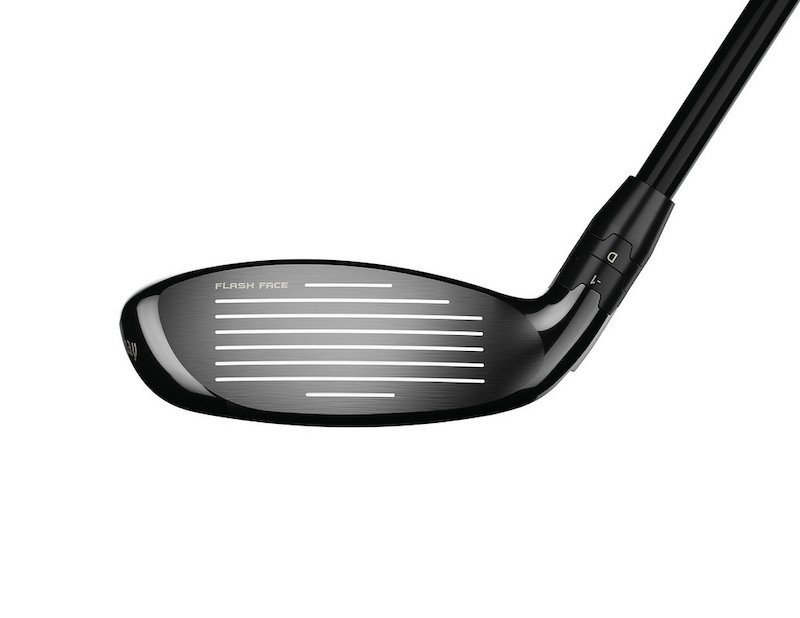 Naturally, Jailbreak is also front and center. As we know by now, the two internal bars link the crown and sole with more stability and stiffness, allowing the face to retain and return more energy back into the ball through impact. Combo that once again with Callaway’s Face Cup tech the recipe is for the ball speed so many have come to expect. These two features are very much a symbiotic relationship as the Jailbreak stability actually lets the Face Cup work harder than what occurs in other cup face featuring clubs. 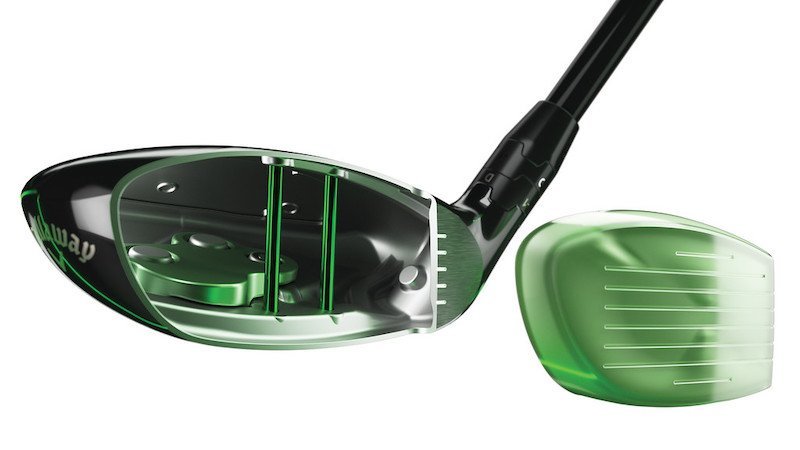 A big design aspect that might initially go overlooked is the application of the T2C triaxial carbon fiber that was first used in the Epic Flash drivers in January. Why this is important is the amount of weight it has allowed Callaway to move, where most carbon fiber being used is multi-layer, this is single-layer while maintaining the same strength. The difference? The crown on the Epic Flash hybrid is sub 5 grams. Yes, FIVE grams. As we know, the purpose of a hybrid is to replace the longer clubs that many golfers struggle with. To do that you want forgiveness and launch which is achieved by putting more weight low and around the clubhead, and you don’t have to be an engineer to know that a crown this light allows for a lot of weight movement. 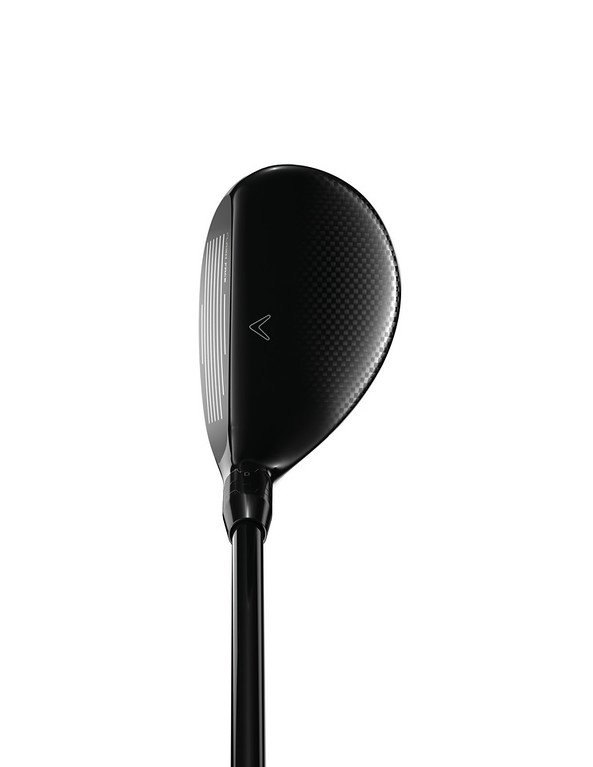 While saving weight in the crown and replacing it elsewhere has long been the goal of most companies using carbon fiber in their designs, how you place that weight elsewhere is critical, and the more precise you can be with it in shape and location, the more performance you gain. Because of this, Callaway is using their MIM’ed (Metal Injected Molding) tungsten within the Epic Flash hybrid. There are actually two MIM’ed portions, a sole weight that will be mainly for the club fitting world to really dial in swing weights, and the other the single largest MIM’ed weight that Callaway has ever used in a design. In fact, the internal weight is 80-90 grams depending on the club loft which is practically equal to the rest of the head weight. All this weight really allows for them to optimize the launch and forgiveness, in what may legitimately be an honest to goodness game changing manner. 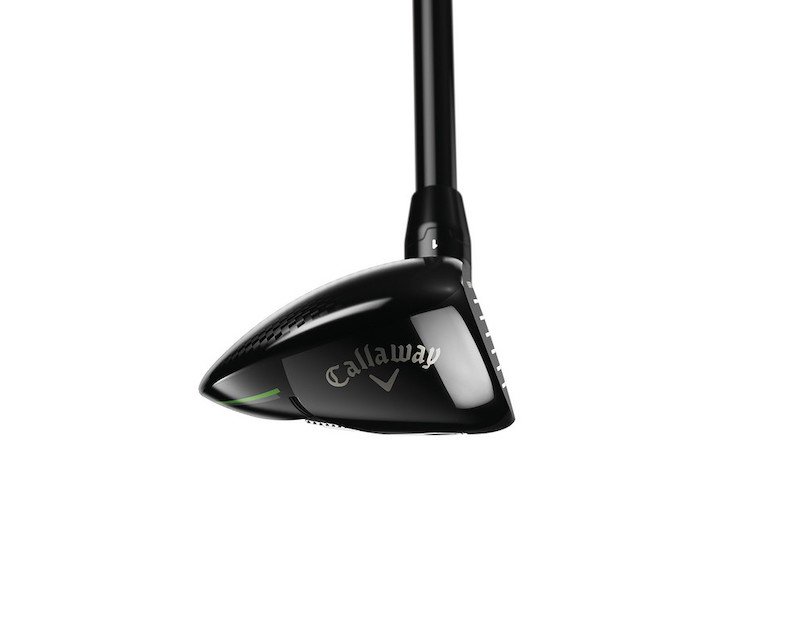 The Epic Flash is paired with the Mitsubishi Tensei AV Silver shaft with Golf Pride Align Silver grip and features the OptiFit 3 hosel which is shorter and lighter, saving 13 grams of weight that went into the MIM’ed weight. All the adjustability the OptiFit system is known for has been maintained, and with four loft options from 18° to 27° Callaway believes the fitting potential for these hybrids to be massive.

Coming in at $299.99, this is certainly a premium price point, but premium was exactly the design goal for Callaway, and based on the initial technology story they have certainly swung for the fences once again.