As a society, we are becoming more and more attached to our electronic devices. From our smart phones to tablets, it seems most just can’t leave home without them. That has started to include the golf course as well with the development of GPS and stat tracking apps, which have become a viable alternative to the traditional standalone GPS devices. Add all of the varied uses on the course up and it becomes a recipe for massive amounts of battery drain.

There have been several different options that have come to the market that offer golfers an on course solution to charging electronic devices. Products have ranged from portable solar panels to handheld booster batteries, but a company named “Gimme Charge” had a much more creative idea – using the electric golf carts themselves as the charging power source. 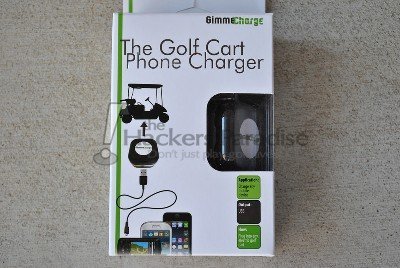 What is “Gimme Charge”?

Easily charge your mobile device on the golf course.  Just plug the Gimme Charge in to your electric golf cart, and then plug your existing power charging cable in to the device.  Any device that charges from a USB port is compatible with the Gimme Charge. 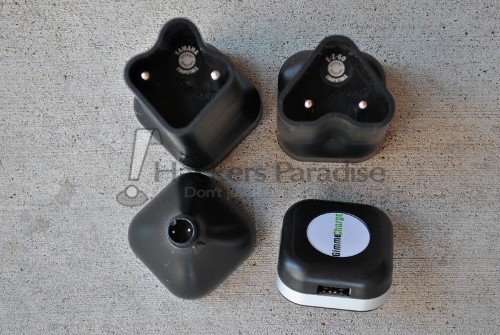 The device is incredibly simple to use. It simply plugs into the charging port of the electric golf cart and from there you plug in your USB charging cable for the particular electronic device that you want to charge during your round. It should be noted that with the universal model THP tested, the user simply selects the adapter that fits the golf cart in use and after plugging it in the USB portion of the device then attaches and locks in. It honestly doesn’t get much simpler than that. 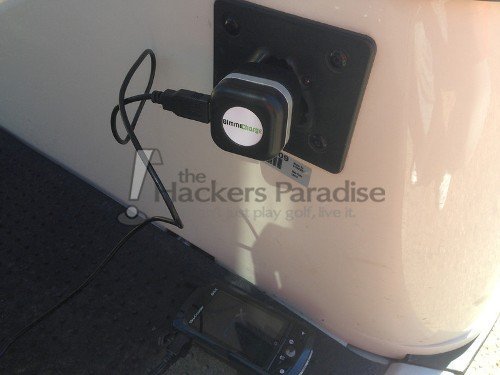 More on the setup and use of the Gimme Charge from the company:

On Course with the Gimme Charge

Sometimes the simple things are the ones that take you aback the most. The Gimme Charge device is astoundingly simple in both its idea and application on the course and it performs just as it is advertised. The Gimme Charge was used in an E-Z-GO over several rounds and charged everything from USB speakers to iPhones to a dedicated golf GPS unit. The adapter fit snugly into the cart charging port and at no point was in danger of coming loose. Clearly, the longer the USB cable that is in use, the easier it will be to maneuver around the cart, depending on where the user wants what is being charged to be. One other nice part is that each version of the device comes with its own drawstring pouch to maintain easy storage inside a golf bag when in it not in use. In all, the Gimme Charge really does what it says and does it well.

Specific cart models of the Gimme Charge have an MSRP of $39.95 and the universal model is priced at $69.95, but allows for use in all four different cart models. For more information on the device, be sure to visit the company’s website at www.gimmecharge.com.