Back in January, TaylorMade announced the 10th generation of their iconic Spider putter line, the Spider X. However, before diving into some additional details about what is new and improved for this model, let’s take a stroll down memory lane and revisit the history that has made the Spider line of putters so successful for TaylorMade. 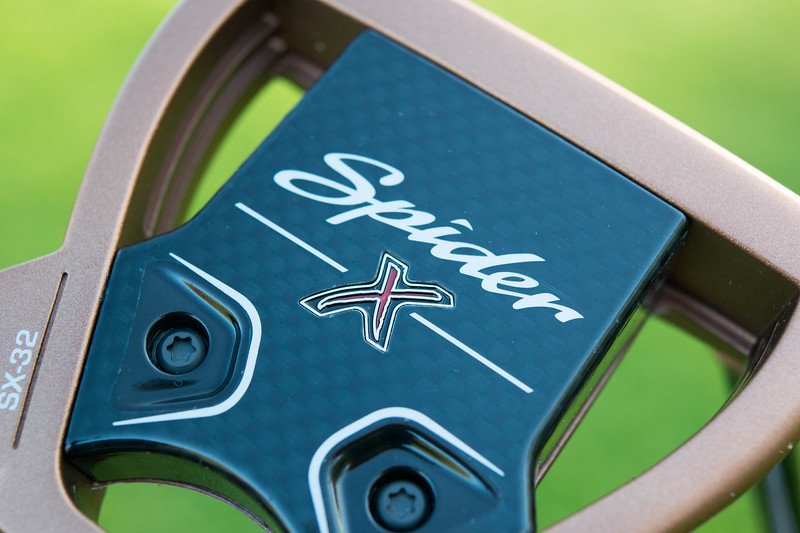 In 2008 the original Spider putter was released, and it was known as the Monza Spider. When looking back at the pictures of it, it is easy to see where today’s design elements originated. For anyone who has looked at some older houses, the term “good bones” is one of familiarity. Those “good bones” from this model act as the solid foundation the Spider line has evolved from, which are the steel frame, the aluminum core, and the “legs” that harness additional weights. These three elements allowed TaylorMade to ratchet up the MOI giving golfers the ability to see more consistent results, even when their strike point was just a bit off. Being that this model looked so much different than the other mallet models that TaylorMade offered, it did not instantly find its way into the bags of those on tour. More of a slow and steady rise, the original Spider did find the winners circle for the first time when JB Holmes defeated Phil Mickelson in a playoff at the 2008 FBR Open, now known as the Waste Management Phoenix Open. 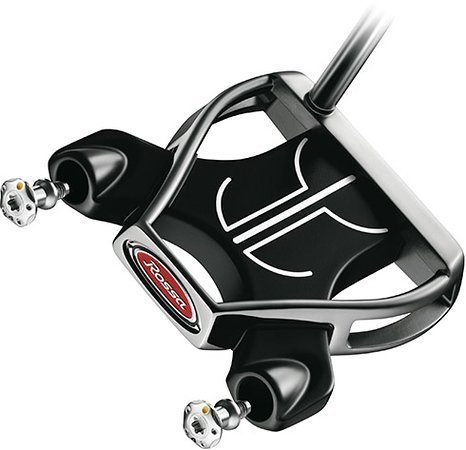 Based on tour feedback, TaylorMade made some modifications to the original Spider when they reduced the shape to create the Itsy Bitsy Spider.  Whether people realize it or not, the 20% smaller frame set the course for the size of the modern-day Spider lineup.

TaylorMade found themselves at the forefront of color revolution when they brought a white putter to market with the Corza Ghost in 2010. Justin Rose (remember this name) helped bring some attention to this putter when he won at The Memorial in 2010 and backed it up with another win just two starts later. With the success of the white putter, it seemed like it was just a matter of time until there was a marriage of Spider and Ghost. That time was 2011 when the Ghost Spider was unveiled. Thanks to a design that hosted an elevated MOI, stability had already been a major storyline with the Spider lineup, and the addition of the white finish certainly helped push the conversation towards alignment. At the time, TaylorMade was using the stat that 65% of all golfers were not set up square to the target from 12 feet. With the help of the contrasting between the white head and the green grass, the Ghost Spider was looked upon as a more natural putter to align. For the 2012 Ghost Spider S, the basketball court alignment system was retired for a single white sightline in the middle of a black center plate. 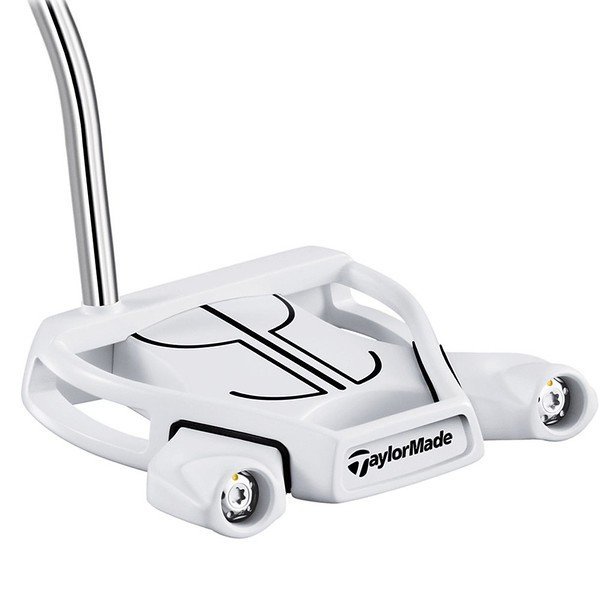 By this point in time, the essential design elements of the Spider line had been similar. There had been some tweaks in size, materials, and colors, but at the end of the day, the principals from the Monza Spider could be seen in the Ghost Spider S. Believe it or not, TaylorMade brought the Spider namesake over to a mid-mallet and blade putter, neither of which resembled the previous offerings. A lot of people overlook the Spider Blade because at first glimpse it is not very Spider-ish. What shouldn’t get overlooked is that TaylorMade was able to achieve a high amount of MOI for a blade putter, and perhaps more importantly, they were about to celebrate the most notable victory for the Spider family. When Justin Rose tapped in his final putt at Merion in 2013, not only had he just won the US Open, but he had given TaylorMade their first major championship victory for the Spider lineup. 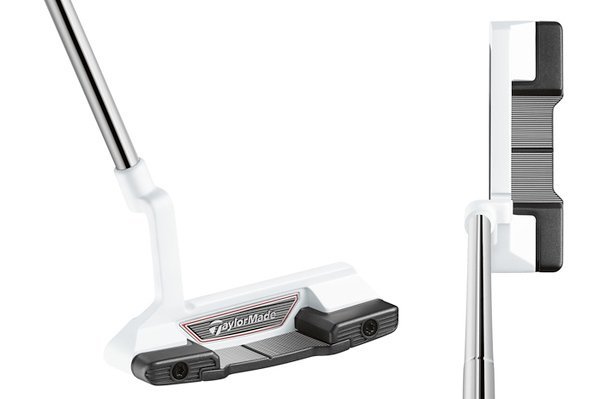 Even though the Spider model has enjoyed its popularity throughout the years, there was a time after Justin Rose’s victory where the excitement about the traditional Spider shape appeared to have lost some of its luster. All of that started to change in 2015 when Jason Day went on an impressive late-season run tallying four PGA Tour victories including capturing the PGA Championship at Whistling Straits while ascending to the top of the Official World Golf Rankings. For all of those victories, Day used a custom black Itsy Bitsy Spider putter, and it was hard to ignore the success he was having with it. Day rode his hot putter to a victory at the Arnold Palmer Invitational and WGC Dell Match Play before adding the Players Championship trophy to his mantle. His success at TPC Sawgrass was the first for him after having his Itsy Bitsy spider painted red, and from here on out, he became the poster boy for the Spider Limited Red. 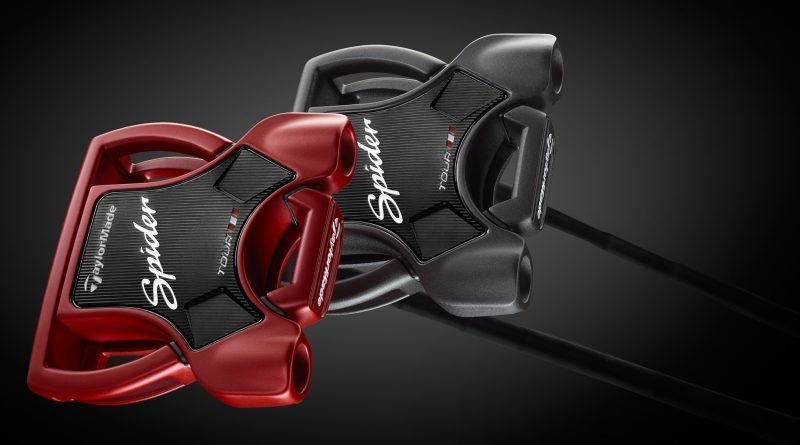 In 2017, TaylorMade launched the Spider Tour Red and Tour Black putters, and the timing could not have been more perfect. Dustin Johnson used a Spider Tour Black to win the BMW Championship during the 2016 FedEx Cup playoffs and continued a hot streak with it rattling off victories in three straight starts stretching from February to March. His win at Riviera vaulted him to the top of the World Golf Rankings, unseating Day,  and giving TaylorMade the pride of having the top two players in the world, both of which were currently rolling Spider Tour putters. Perhaps the crowning achievement for the Spider Tour Red was when Sergio Garcia dramatically won The Masters in a playoff over Justin Rose. In the weeks before that, THP was able to visit The Kingdom where we spoke to Bill Price, Senior Director, Product Creation, Putters & Wedges. You can view that video below.

After its initial launch, Tour Red and Tour Black started to come out with a variety of alignment aids, necks, and even a version that came with BLAST Technology so that golfers could get a better sense of what exactly is going on during their putting stroke. For golfers who liked the shape and feel of these putters but wanted something a bit more personal, there was the option of full customization through MySpider. Let’s say at this point; there wasn’t too much left to do with the iconic shape. 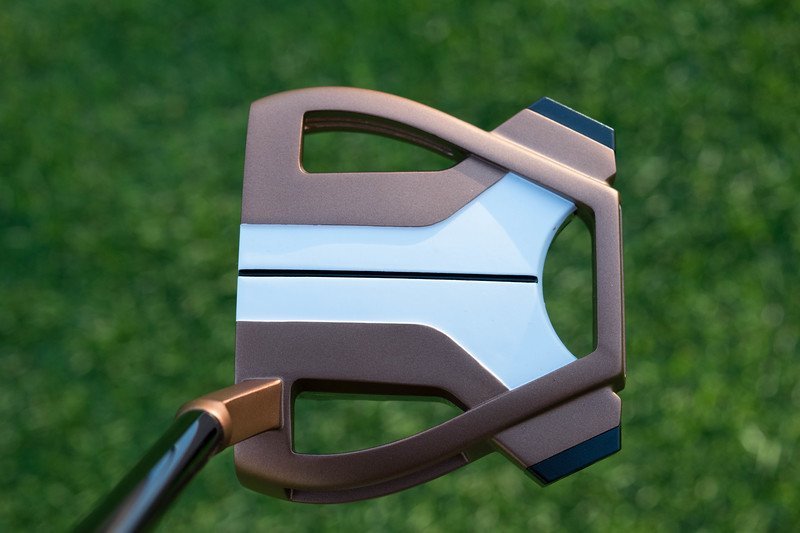 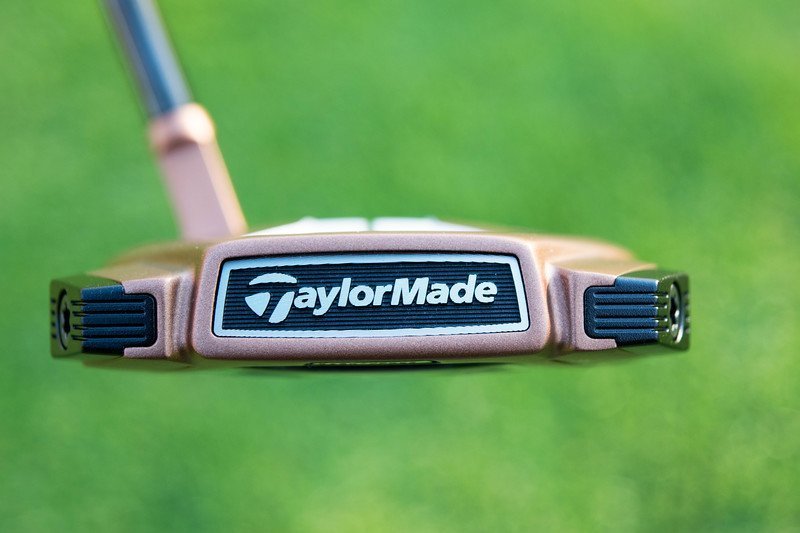 In just a short time, Spider X has been in the bag for multiple wins on the PGA Tour, including being in the bag for Rory McIlroy’s triumph at the Players Championship this past March. With a new and improved shape, TaylorMade has set a path for the Spider lineup that will hopefully carry on for another decade. More information on the Spider X can be found at www.taylormadegolf.com.

What are your thoughts on the evolution of the Spider series? Leave us a comment below or join us in the THP Forum thread to discuss.