Anyone familiar with the TaylorMade brand and putters will likely point to the Spider as a head that is as visually compelling as it is unique.  Introduced many years ago, the continued success of the design drove the company to not only expand on the lineup, but seek new ways to improve the overall construction to further benefit the putting stroke.  Enter Spider X.  Representing the 10th year in existence, the significant changes compliment the celebration of ten years of continued success, and I would like to take some time to discuss them in depth.  For reference, Josh (aka JB on the THP Forum) introduced the Spider X model on the THP homepage in late January, providing some fantastic feedback from the folks behind the scenes at TaylorMade, which can be found here. 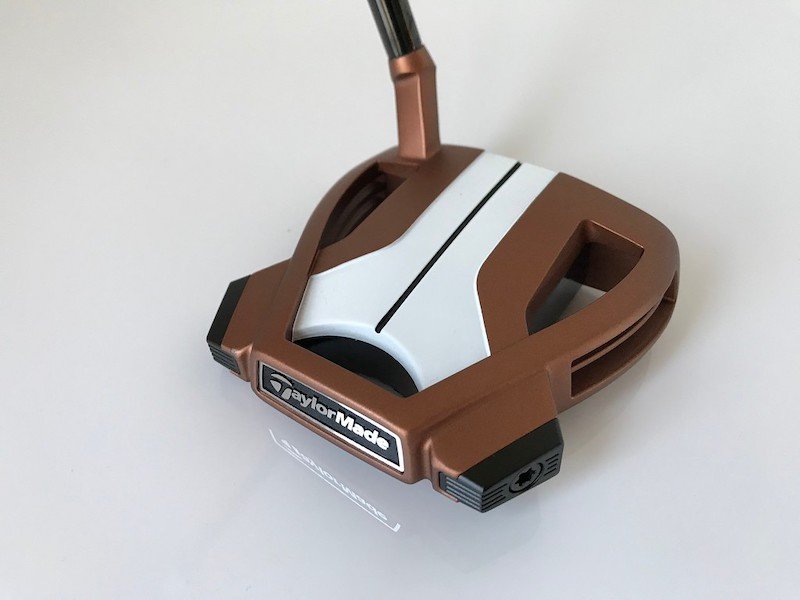 The first and probably most significant visual change to the Spider lineup is the adaptation of streamlined perimeter weighting, departing from what some termed ‘exhaust pipes’ in the previous Spider iteration.  For Spider X, the weights still protrude from the basic shape, but in a more streamlined and angled profile that reduce the eyes from wandering outward.  As suggested in the preview article, there will be custom weight options available ranging from 2-12 grams to maximize the overall weight profile a golfer is seeking to achieve.  Effectively, this weighting system has managed to maintain extended perimeter weighting without being an eyesore.

When you rotate the putter to see the sole of the head, I suspect you will notice the carbon fiber visual in the central mass area.  For Spider X, this was all about getting weight into the perimeter of the head, maximizing the stability and overall MOI.  They achieved this with their first carbon composite sole (on a putter), and further allocated weight appropriately with carved out areas of the frame on either side of the heel and toe section, not really visible at address.  The appearance and stability of the head is not compromised, yet the weight benefits are elevated to new heights.  With a 355g head (stock), any time you can take that much of the central sole and replace it with only 15 grams of carbon composite, you are really maximizing the perimeter weight potential. 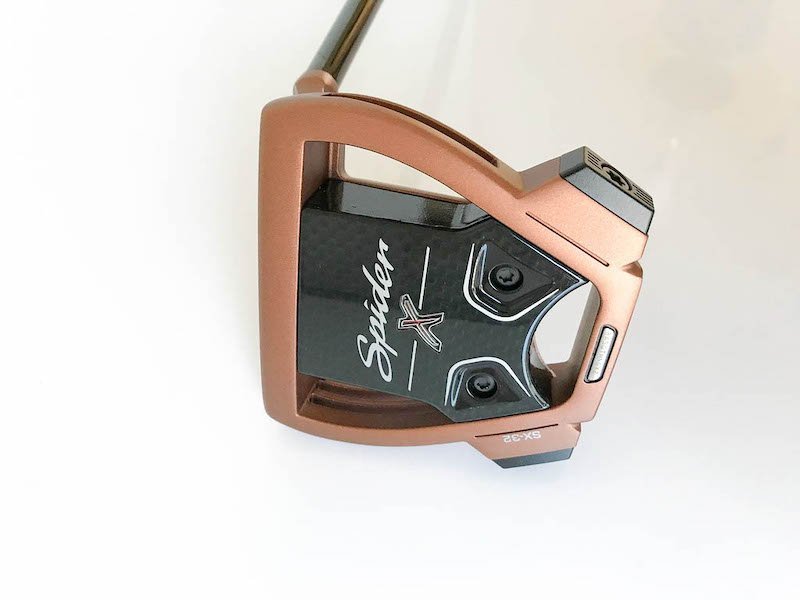 The final highlight of what we cannot really see, yet can very clearly hear, is the improvements made to the pure roll insert.  TaylorMade introduces a thicker white surlyn insert to pure roll technology, which has long been a successful insert for the company.  This inevitably maximizes that soft audible feedback that golfers hear as they strike the ball, producing a true insert responsiveness that in testing really sounded good.  Not unlike many of the pure roll experiences we have had in the past, the twelve grooves support the introduction of forward roll on the ball, getting it moving accurately and quickly towards the target.

Standing over the ball, the eyes will naturally fall on the brand new alignment system, tagged “true path alignment” by TaylorMade.  The extensive studies resulted in a design that helps golfers visualize the line they are trying to putt the ball towards, which inevitably adds to both consistency and confidence in overall direction.  As the picture will clearly show, the ball looks extremely comfortable in front of the head.  What might not be as visual yet is entirely relevant, is that true path alignment is actually indented into the head, not simply painted on.  There is a unique sort of depth to the design that really supports the connectivity to the rest of the topline. 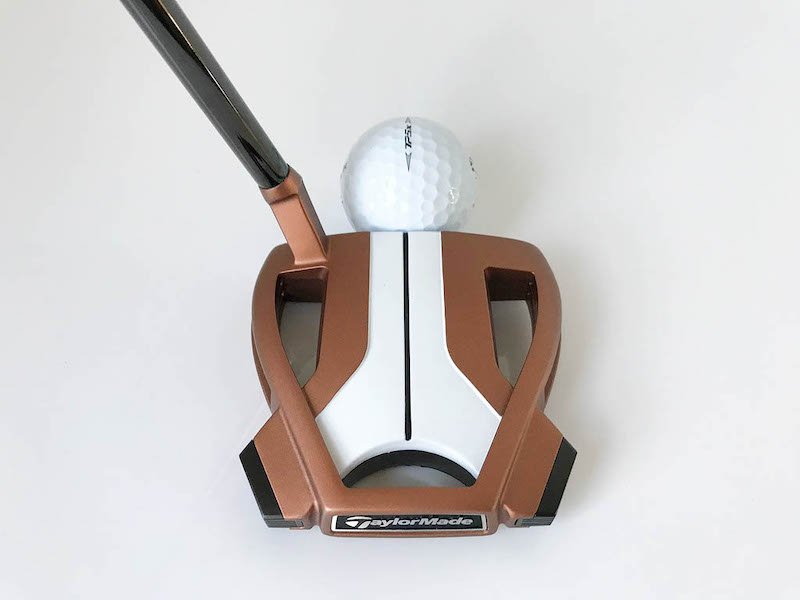 Finally, it is clear that TaylorMade decided to take a different approach to color in 2019 with Spider X.  They have introduced the putter lineup with two standout colors in copper and navy, with the option of having true path alignment in all white, or just the center line in white.  While we are eager at THP to see what your preference is between the two heads, they both have a sort of classiness to them that fits perfectly with the design.  Sleek, simple, clean lines in both a slant neck and a single bend shaft, which is all black and paired with a Spider X themed SuperStroke Pistol GTR 1.0.  For more information on the Spider X putter from TaylorMade, visit www.TaylorMadeGolf.com.  To get involved in the conversation on the THP forum, visit this discussion thread.