The JPX line from Mizuno has always been an offering featuring a focus on more forgiveness as well as distance for those that need it compared to the MP releases. In previous years the line has been broken into JPX and JPX-Pro, but with this release the Pro is replaced by the JPX-Forged. There has been much talk about these irons and the application of what Mizuno believes to be a true performance changer in Boron within the metal. THP was able to get the JPX-850 Forged in hand for testing recently to give them a complete rundown.

After 6 years of development – the introduction of BORON to Mizuno’s Grain Flow Forging process allows the JPX-850 Forged to overcome the distance limitations of traditional forged irons.

Mizuno’s new material is 30% stronger than traditional 1025E steel billets – allowing for a thinner face and extreme ball speeds. The result is an incredible iron that combines Grain Flow Forged precision and feel with shocking distance. A combination that was unachievable before BORON.

This new, thinner face is strategically reinforced by a Power Frame cavity which places weight to the extreme corners of the club head for maximum forgiveness along with increased distance. A clean, sleek design combined with these breakthrough technologies delivers an iron that looks and plays like nothing before.

The JPX line irons are certainly the “non-traditional” looking set within the Mizuno line, and always have been. However, with the new 850-Forged irons, that non-traditional look has never been more complete. The JPX’s have always had dampening badging within the cavity that is heavily based in colors that contrast the iron head itself (blue, black, etc).  This year with the 850-Forged they have gone with a more silver/chrome look that accentuates the iron rather than differentiating it. It is a look that will work for many because they will look good and blend with any bag/setup. 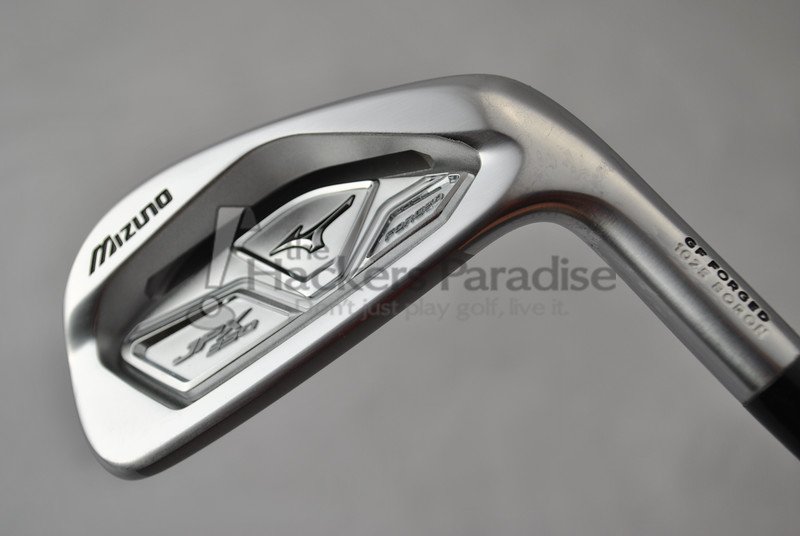 The overall build and footprint of the JPX 850-Forged are definitely an evolution on what we used to see with the JPX Pro lines. The 850’s definitely lean more ‘game enhancement’ than ‘game improvement’ overall. Basically, the offset stays low throughout the set as do the topline and sole, leading to a blended look of both demand and give at address. No, they are not super lean ‘players’ iron looks, but they really should appeal to a solid margin aesthetically. It is a safe venture that those wanting a more compact look as well as seeking traits of forgiveness in their irons will feel quite comfortable standing over these. Finished with a high quality satin look, it isn’t outlandish to say that Mizuno has never put out a JPX iron this pleasing and clean. 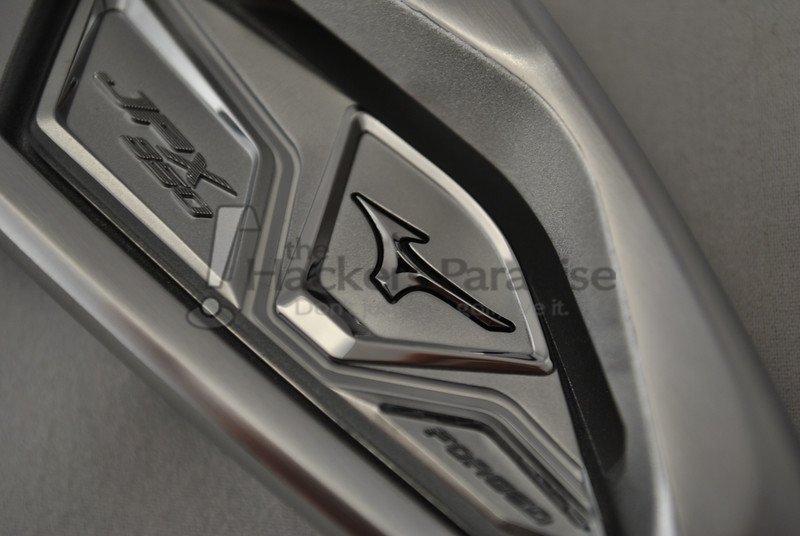 Mizuno was kind enough to send in a 4-GW setup of the new JPX-850 Forged irons paired with the True Temper XP115 shafts for THP to spend time with.

Clearly, one of the major selling points for Mizuno in the majority of their iron sets is their use of “Grain Flow Forging”, and with the 850-Forged that continues, but with the addition of Boron within the metal makeup. The goal of the Boron is to allow more strength to push the metal thinner than the company has before. This means more distance, but according to them it also means and even softer and more consistent feel. 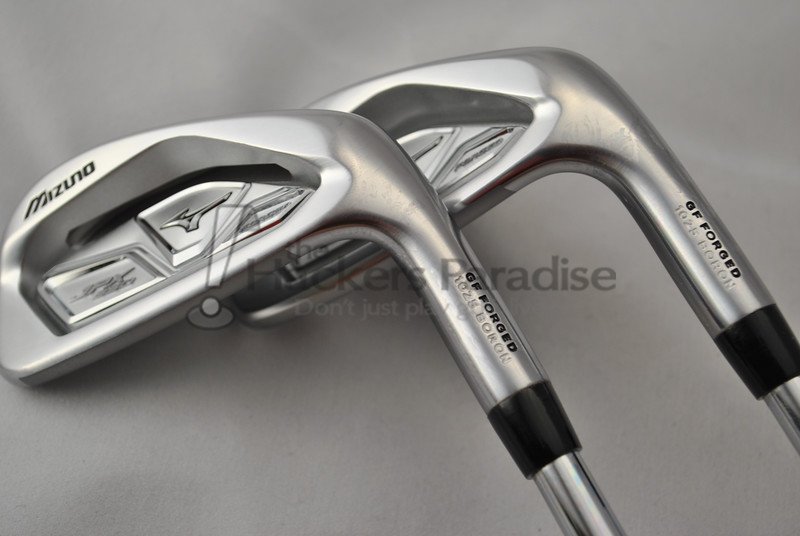 At impact, the 850-Forged will certainly fall into anyone’s classification of the word “soft” when discussing the sound/feel. In fact, they are incredibly plush upon contact with a muted “thump” rather than the traditional quick higher pitched “click” in much of the MP line. The feel is going to appeal to a lot of people, and it falls right in line with what Mizuno is touting through the GFF and Boron infusion. 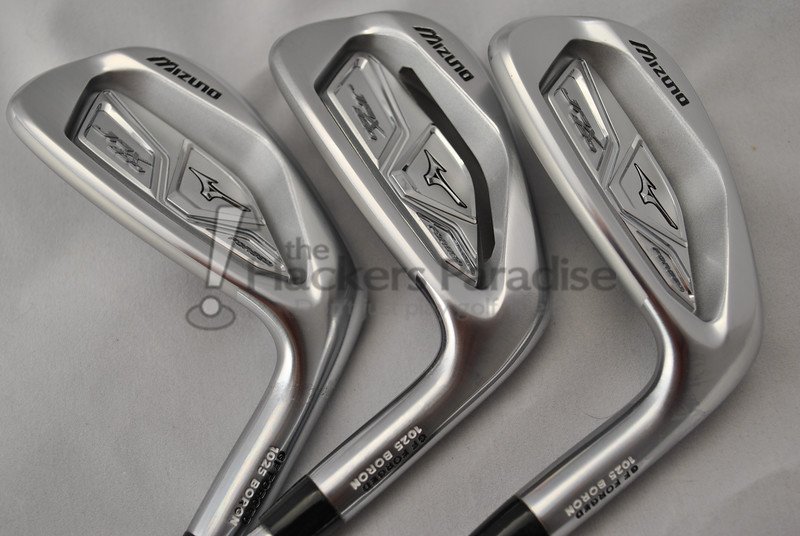 That said, during testing it was consistently found that the “feel” was similar all across the face which made miss differentiation more difficult than in previous models. The JPX line has always had some history for this with the dampening measures used, but the 850’s increase that. Now, you can still identify misses, but those who are extremely feedback driven may not get the amount they would like. Clearly this is a personal thing in the end and the only way to test if for the individual is to go hit them. 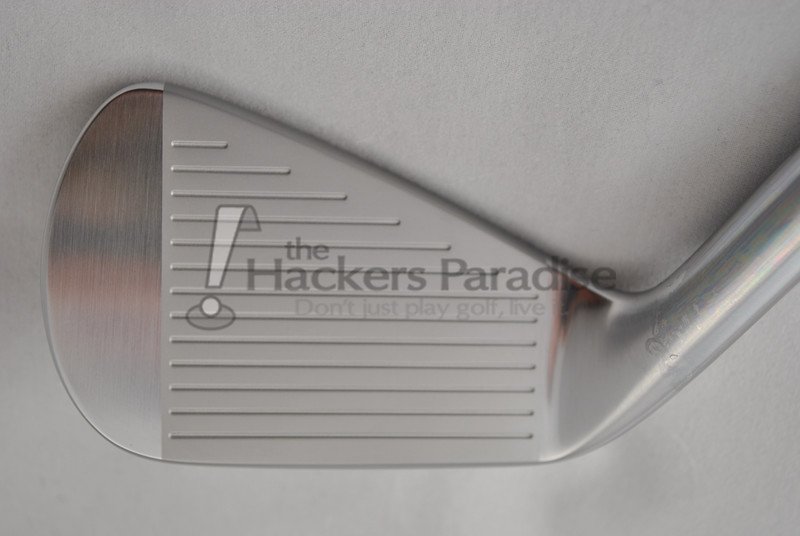 The 850-Forged are a bit of a unique setup as it pertains to the flight and trajectory seen during testing. The set is not a progressive setup into the long irons like we are seeing with so many other irons in this class (blade length change, sole progression, significant offset progression, etc), but rather it maintains the same uniform build and offset principles throughout the set. Additionally, the big tech trait for the flight is the use of the CNC milled undercut pocket in the 4-7 irons. Combined with the new XP115 shafts, the 850’s really did surprise here. 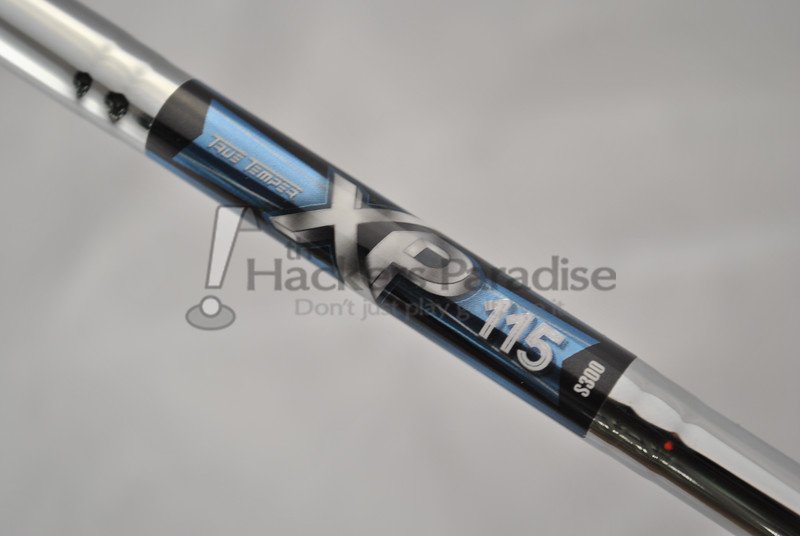 The scoring irons kept a penetrating ball flight that was not in danger of ballooning but still garnered the height one wants to see when hitting into greens or going at pins. The most pleasant surprise though was in the pocket-milled long irons, as the launch seen off of the deck was very impressive considering the low offset and modest sole width of the build. Though it is obvious that a portion of this will come back to the swing at hand, the long irons were consistent in showing the height one wants into greens from those distances. Overall, the entire setup definitely classified itself as being a mid-high setup in its stock form. 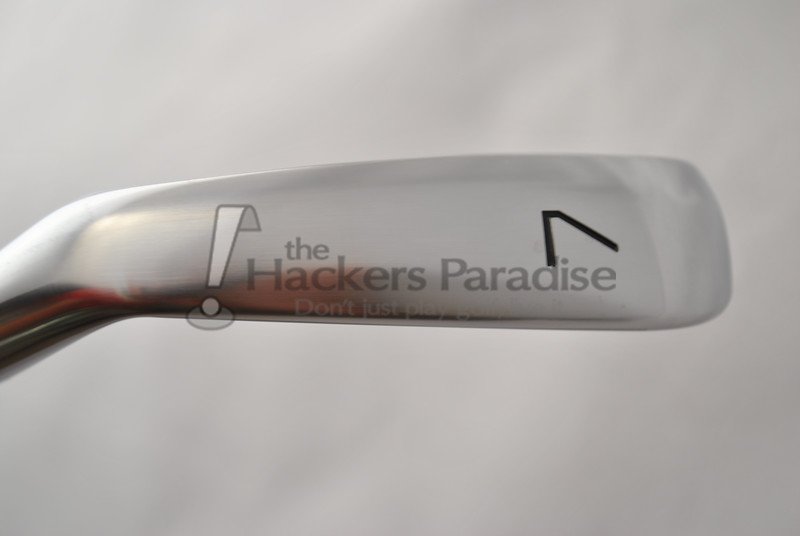 It also bears mentioning that the 850’s showed ample workability for those seeking that in an iron. This is the area where the super dense/soft feel may throw off some who hang their hat on moving the golf ball in terms of feedback to the move put on the ball, but they showed no issues turning the ball over in either direction. Additionally, even with the mid-high launch, playing a knockdown was effective through the setup on the windy Oklahoma days. Quietly under the radar with these is the leading edge bevel which the set possesses. This aided the irons in a clean turf interaction through a variety of lies during testing. In all, they are very balanced in this performance area, just as one would hope to see. 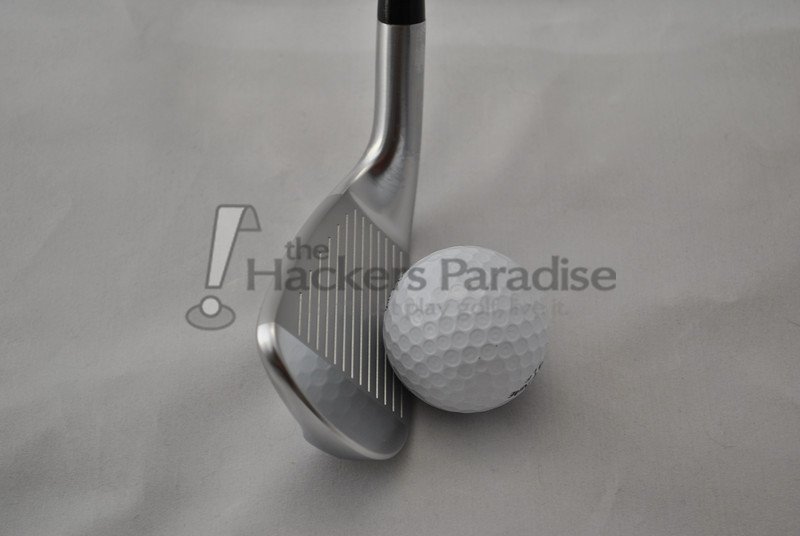 Here is where there has been the most focus/press from Mizuno on this setup of irons. They put a lot of stock into the application of Boron in a golf club for the first time and what it allowed them to do from a metallurgy standpoint of pushing the boundaries of thickness where they had not taken the JPX line before. Frankly, they showed very good distance, better than any of the previous JPX releases this reviewer has spent time with. 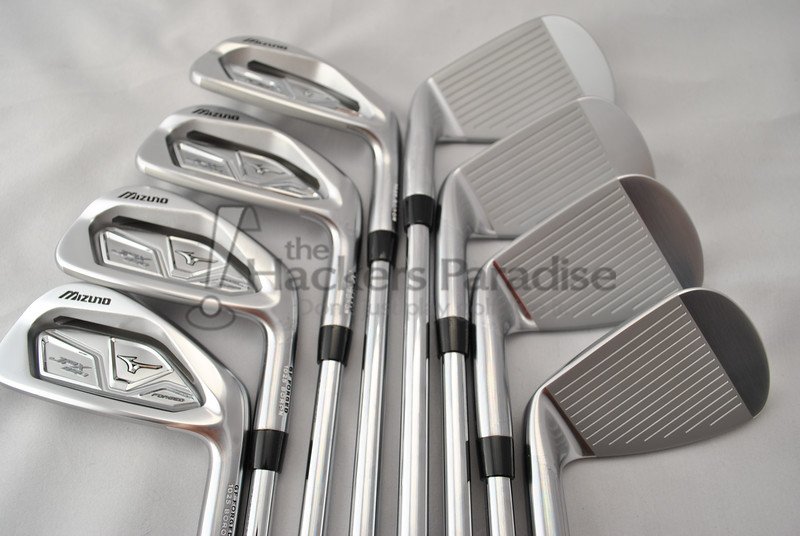 In fact, it is not too bold to say that for the profile, the distance seen was very good as they don’t have the super wide sole, topline, or offset that so many associate with “long” irons in the distance category. Now, they are not the longest out there, but they fall in a margin that many golfers should respond well to. How much credence should the Boron get? Not being a metallurgist means the inability to speak in definite on the internal structure as it pertains to performance, but testing did show very good ball speeds across the face that were comparable for this reviewer to some of the longer GE/GI irons out there. 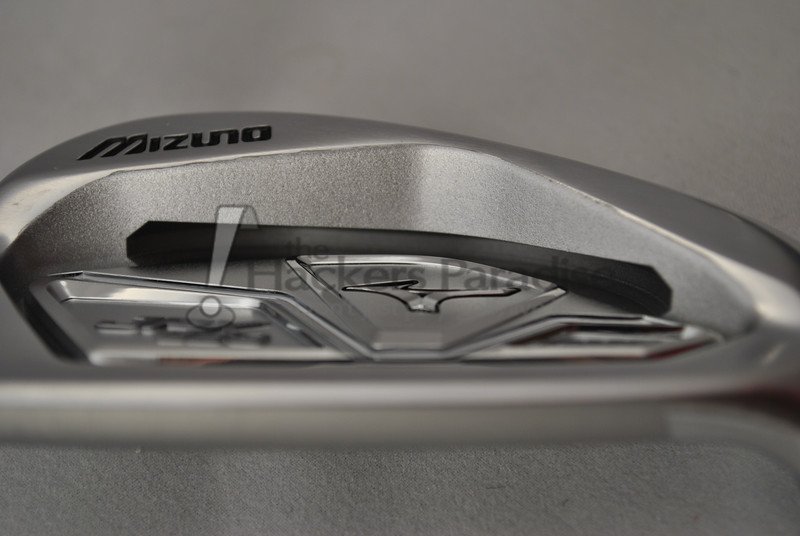 With that said, the forgiveness in the set even with the “Power Frame” that allows flexion with the intent of retaining ball speed was decent all around. Toe strikes and shots higher on the face were met with the best retention of speed, line, and distance. Shots closer to the heel fell off a bit, but that is expected given the location of the mass in the head and the surface area in that location on a club. The most penal miss on the irons were shots low on the face. They were met with the harshest feedback, the largest loss of speed, and the lowest flight. That is expected to an extent with every iron set out there, but the amount at which it was seen in these was surprising given the tendencies elsewhere on the face. It’s clearly going to come back to the individual and their specific miss, but overall there is definitely solid forgiveness given the size of the irons. 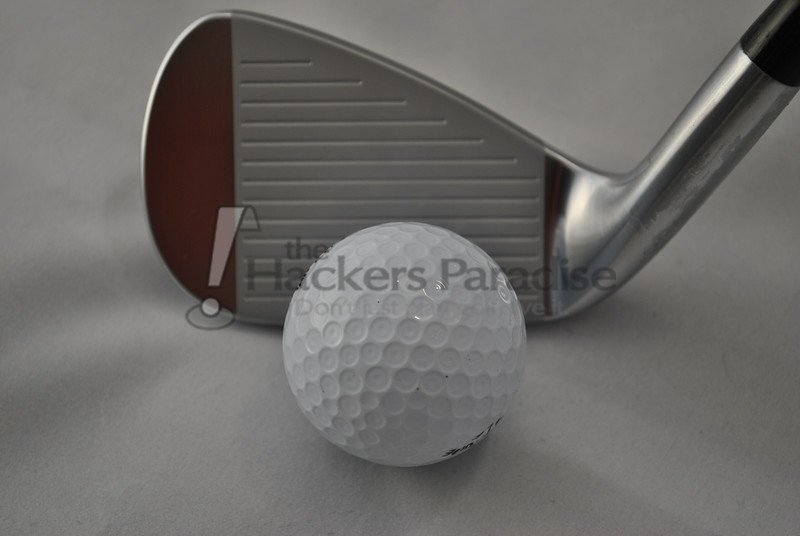 The JPX-850 Forged irons are a very well rounded iron offering from Mizuno, that much is certain. As with any iron set they have their strengths and weaknesses, but they deserve to be on the “try out” lists of many golfers this season. The Boron advertising and push may have been a bit out of sync for traditional Mizuno, but if these are any baseline indication, there is little doubt we will begin seeing them impart this into their other releases in future years.

The JPX-850 Forged irons are priced at $999.99 for the 8-club 4-GW set and more information can be found at www.MizunoUSA.com/golf.