You know that whole “Mizuno is just an iron company” thing we have heard from people so many times over the years? It’s time to put that one to rest. Are they a great iron company? Absolutely. But with the entire ‘190’ lineup of metal-woods, Mizuno is primed to show just how much more they are than that.

Back in black. The move away from the Mizuno Blue might be the initial focus, but make no mistake, there is power lurking behind the aesthetics of the ST190. Easy launch, low spin, and solid speeds make for the highest performing fairway wood we have seen from Mizuno yet. 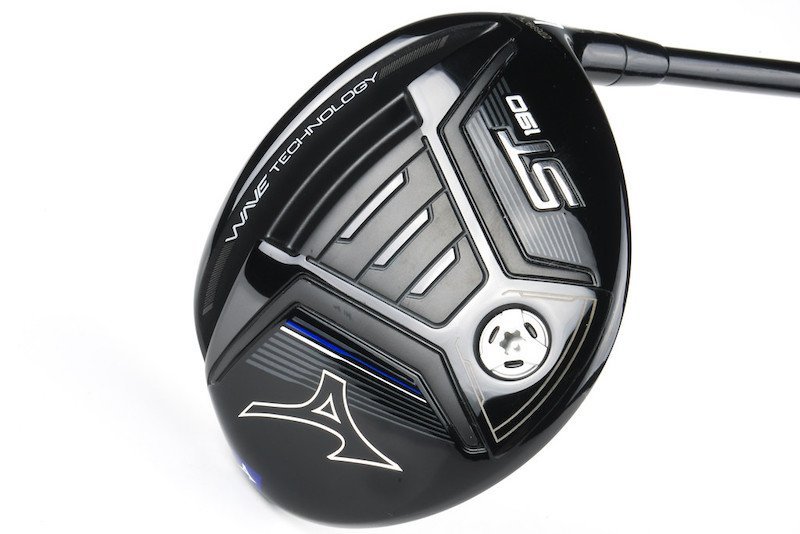 Internally, we know the decision to move away from the blue finish of the past couple metal-wood releases was a hotly debated one for Mizuno. That said, even as a long-time fan of blue crowned clubs, I believe in my heart of hearts that it was a smart, and necessary change for the company in order to further their goals of being seen as a true competitor on the market outside of irons and wedges. 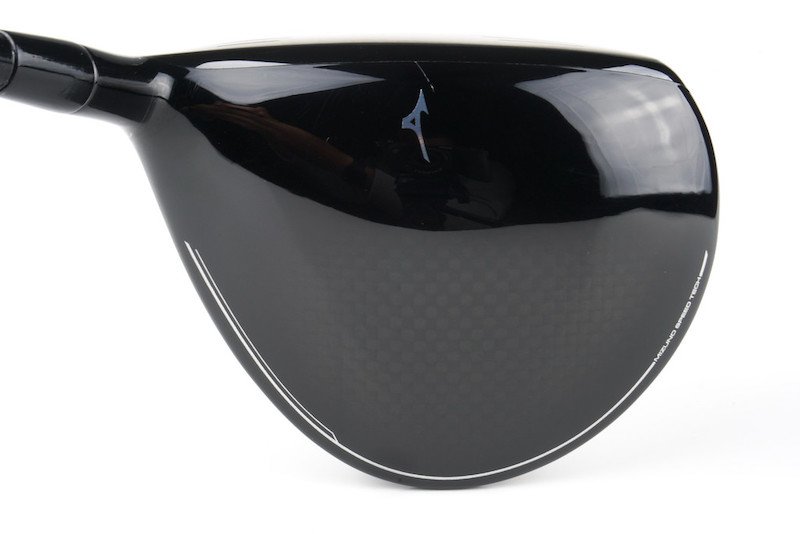 Prior to getting the ST190 in hand, press release images had me intrigued, but they really don’t do the aesthetics justice. The gloss crown highlights the carbon fiber material nicely, and the shape itself is very traditionalist friendly. The face is one of the deepest I have seen on a fairway wood in a while, and the sole is the rock star showcasing their Shock Wave technology. For me, the fact that there are literally only two instances of blue on the entire club shows a lot of restraint from Mizuno, but honestly, with the murdered out theme of the head, it makes the little blue there is even more vibrant and appealing. I’ll add on a personal level, to me the Running Bird is one of the absolute best logos in sporting goods, so as an alignment aid, I’ve always thought it is brilliant, and still do here. 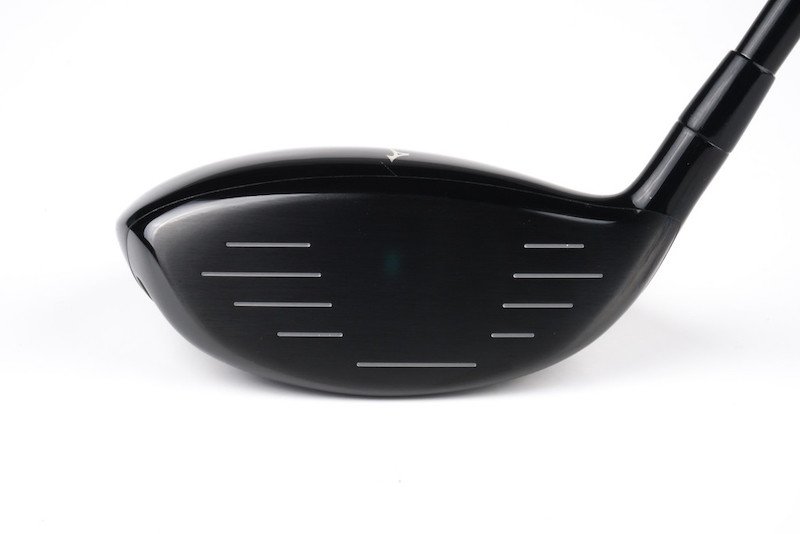 Design wise, the ST190 is truly not just a refresh on the ST180. Although the soles look similar with the rear weight placement, sole ribs, and Shock Wave, all of those things underwent some significant changes along with the shape itself. This release, it is much more traditional, and the face has a much deeper build as well as a more rounded sole compared to how flat the ST180 was. Additionally, there is no longer an “ST” and “GT”, instead just this model, though there is also a “Tour Spoon” version of the ST190. Also gone is the adjustability, the ST190 is a bonded hosel which no doubt will disappoint some, but it was done with full focus and intent on the weight savings and placement in the design. As I said, this is not just a refresh, the naming mechanism might be the same, but what’s going on is fresh as can be. 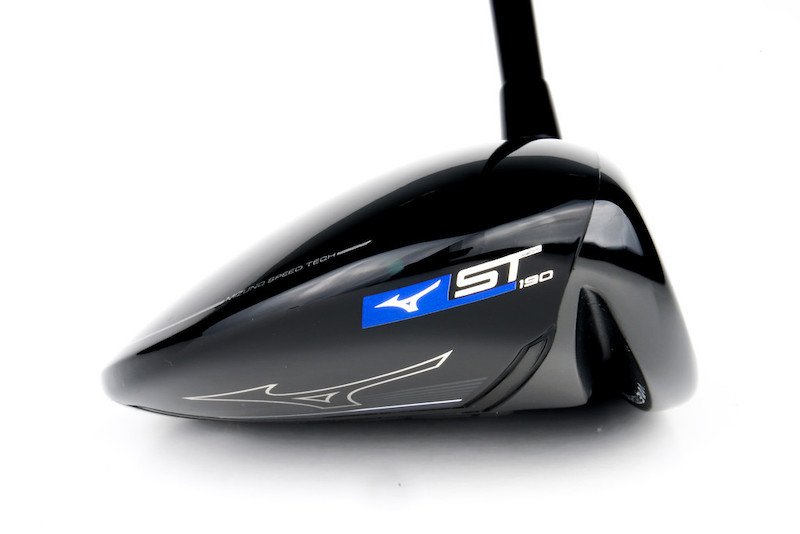 The meat and potatoes that everyone is curious about here is the performance though, right? Well, the ST190 paired with the Fujikura Atmos Blue 6S delivered quite well on that mark. Despite a winterized golf swing, the data below this section will tell a great deal of the story. The biggest things for me were that despite the battle of the winter-swing, the ST190 proved to be a good launcher of the ball with an 11.7° launch angle average over the sum of the data recorded and repeated in sessions without the Foresight GC2 in play as well. More telling is the fact that spin numbers were consistently in the sub 3,000 RPM range and when my swing was in groove 150+ MPH ball speeds were attained. What does all that mean? It means based on my typical performance with a 3-Wood, the Mizuno ST190 is an easy launcher of the ball that not only is low spin to increase distance potential, but the ball speeds are on point with other popular 3-woods I have put into play. 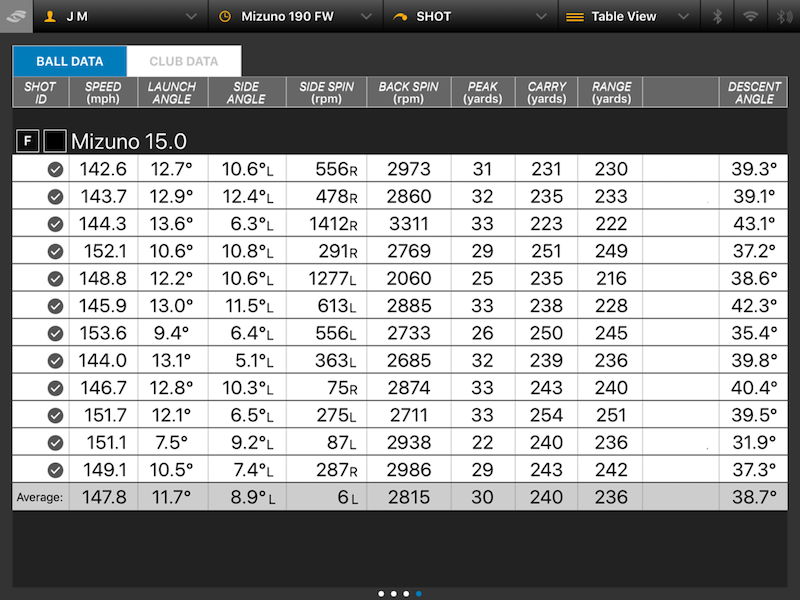 The rest of the performance story is that for me the ST190 was most consistent off the tee, but from the deck proved to be much more playable than I expected given that deep face. Its spin numbers might not make it the most viable club for some of us amateurs into greens, but I think that is pretty typical of all 3-woods. More than that, it produces a crisp sound and powerful sensation at impact with the carbon crown and 1770 Miraging Steel face creating a uniquely addicting feedback. 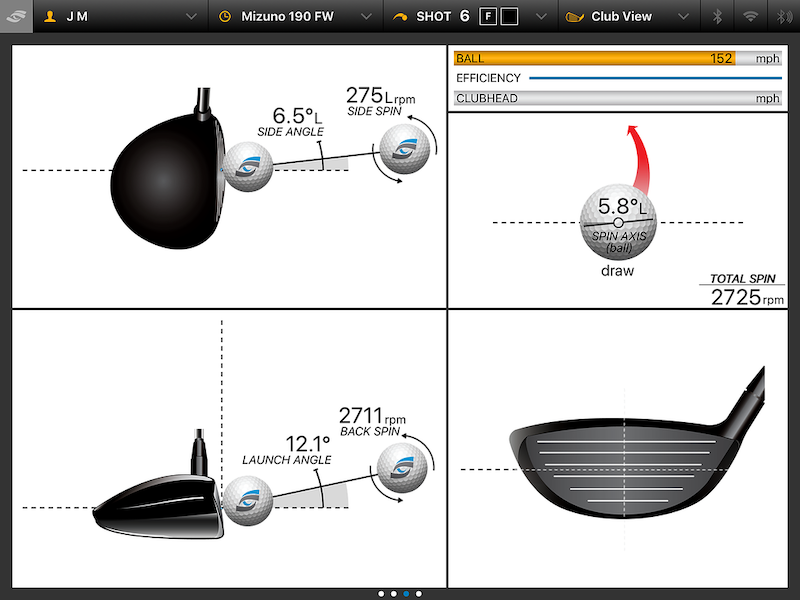 All told the ST190 ended up also having a considerable amount more stability and forgiveness than I expected. Through impact, even on misses, the club resisted twisting which just fed the confidence of swinging aggressively through the zone. The other big takeaways were that the Shock Wave Sole works, and in particularly it makes strikes low on the face maintain seriously impressive numbers in both launch as well as spin. Also, despite the 175cc build, the size doesn’t impede workability as I was able to really turn it either way from the tee. 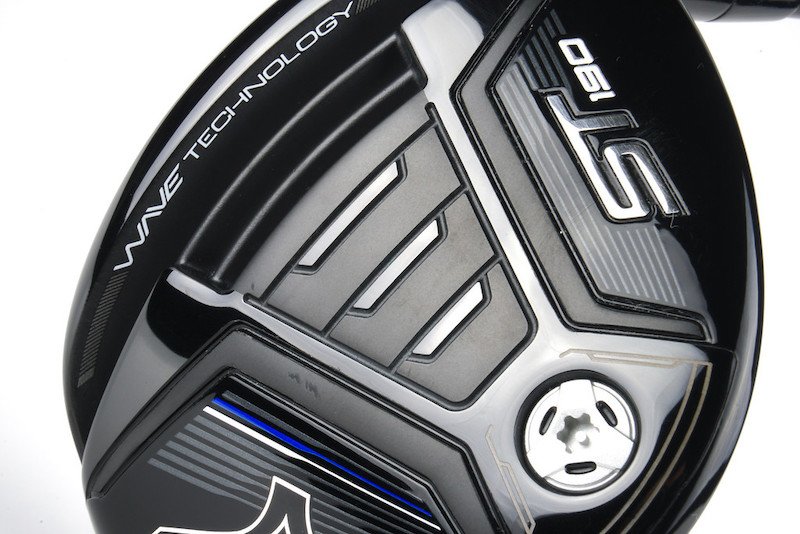 All told, Mizuno has talked the talk with the release of the 190 series, but after spending this time with the ST190 3-Wood, it is clear they aren’t just talking. Is the ST190 going to be the longest fairway wood out there? I’m not going to go there, but what I will say is with the higher launch, low spin, great feedback, and tremendously sleek aesthetics, it has a copious amount of fitting possibilities. Bottom line, the ST190 is a seriously solid golf club.

For more about Mizuno, you can visit their website www.mizunousa.com.