PING is coming off of a successful run with the G30 driver family. The G30 lineup was well liked throughout golf as it offered a very forgiving club head, along with some newer eye-popping technology. With the release of the G Series drivers, PING is replacing all three variances of the G30. Looking to make the game more enjoyable for those who want to find the fairway more often than the right rough, PING is now offering golfers the G SF Tec driver. 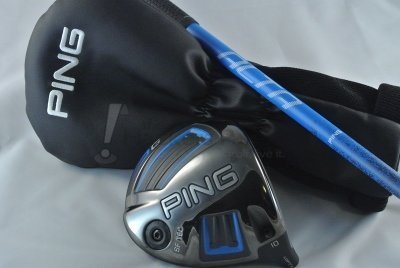 Custom-engineered with weight closer to the heel to produce a right-to-left shot bend (Straight-Flight Technology) and steer the ball back into the fairway. Inspired by an approach called biomimicry, PING engineers analyzed the dragonfly’s intricate wing pattern to design ultra-thin crown sections for extreme CG and maximized MOI, creating our longest, most forgiving driver to date.

PING made a splash when they released the G30 drivers by including turbulators on the forefront of the crown. Turbulators were put in place to help improve the aerodynamics of the club head throughout the swing. To build upon that success, PING engineers have found a way to improve the aerodynamics of the G series driver by adding what they refer to as Vortec Velocity. Vortec Velocity is a small cutout at the rear base of the crown. According to PING this cutout will reduce the wake caused by the act of swinging the club, allowing the club head to travel at fast speeds, while providing extra stability. These two pieces of technology combine to offer a design that PING says will reduce the amount of drag by roughly 37%. All of this sets up for a driver that will help increase speed through the hitting zone and lead to longer drives by golfers of all abilities. 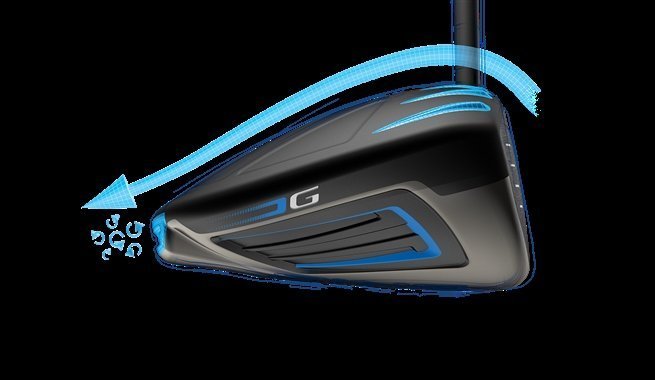 Turbulators were the most noticeable piece of technology in the previous line, now Dragonfly Technology would have to take the award for this lineup of G drivers. Dragonfly technology is a very important piece of the tech puzzle that makes the G series drivers what they are. With so many companies utilizing designs that will allow them to save weight, PING tabs Dragonfly technology to save eight grams of weight from the crown. The weight savings on the crown allow for those eight grams to be repositioned within the head, and in this driver it pushes the center of gravity (CG), lower and further back than any other driver that PING has ever produced. By being able to move the CG to this locale, it sets the G Series SF Tec driver to be a high launching driver with low spin and plenty of forgiveness. 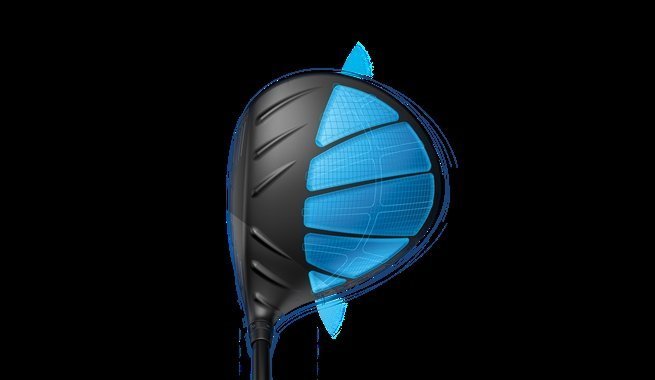 Not only was PING able to save weight from the crown of the G Series drivers, but they were also able to save more weight from the face. Utilizing a Variable-Thickness T95 Face, PING is able to redistribute weight savings from a thinner face towards the back of the club head, again helping to boost the CG location and raise the moment of inertia (MOI). Not only does the thinner face help play a role by shifting weight, but it also helps create a hotter face design that will produce better ball speeds. 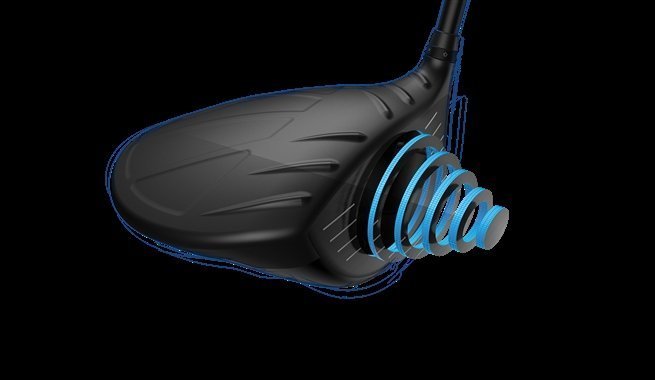 Straight Flight Technology is unique to this model of the G driver lineup. Whereas, the standard G series driver has a sole weight centered in the rear of the sole, the SF Tec driver moves that weight more towards the heel. With the weight positioned here, it helps to allow the toe of the club to travel slightly faster through the impact zone, and promote more of a right-to-left ball flight for a right-handed golfer. 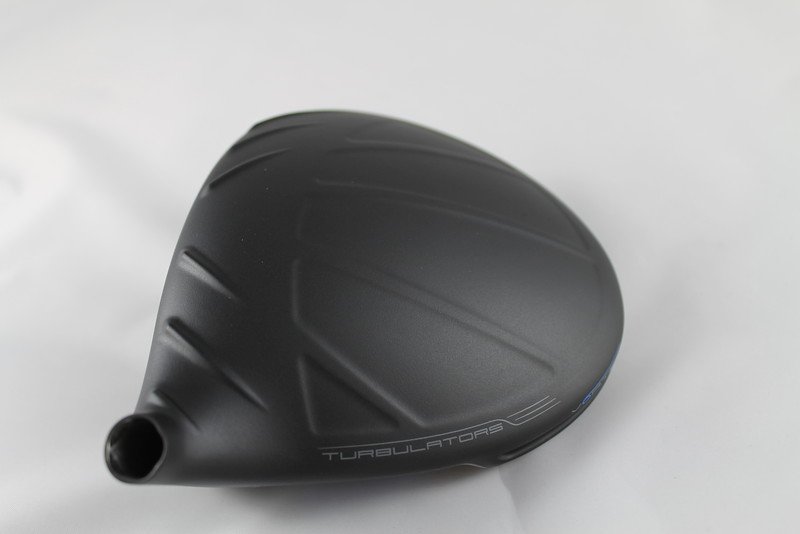 PING has been at the forefront of the matte-black driver crown since their introduction of the i20 driver. In recent years, consumers have had a wide variety of color crown choices from different companies, however PING has stayed true to what they believe is the best finish for them. Visual technology is such a big part of the G SF Tec driver, as well as the other G drivers. When setting up to the ball golfers will instantly notice the above mentioned turbulators and Dragonfly Technology. The turbulators sit up near the top of the crown and do a nice job of framing the golf ball. With no alignment aid present, using the turbulators as a visual reference is quite nice. Dragonfly Technology takes up the majority of the crown with its shaved down areas to allow for that weight savings.

The sole of the driver is now what golfers have come to expect out of PING. Not sporting any bold or bright colors, it’s a simplistic look that can best be described as classic. The end result is a SF Tec driver sole with PING spread across the bottom. There are some blue accents on both the heel and toe side of the sole, and shaved out areas to mimic the crown design. In both the G and G LS Tech drivers, the weight port is located at the rear of the sole in a central location, however on the SF Tec driver the weight is shifted more towards the heel. The benefits of that was mentioned earlier. 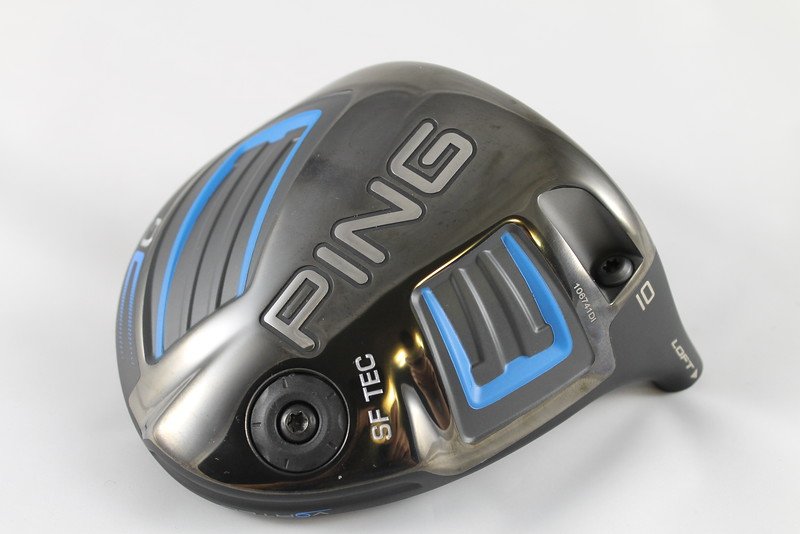 Head cover design, while a minor detail, is something that garners more attention these days. PING has stepped up their game for the G Series driver lineup, with their take on a boxing glove style head cover. Sticking to their style, the head cover is nicely designed, without going bold, and looks rather nice when sitting atop the driver. The uniqueness of this head cover design comes with the two elastic bands located in the middle section. By placing the elastic bands in the middle, this ensures that the head cover will remain safely secured on the club head at all times. 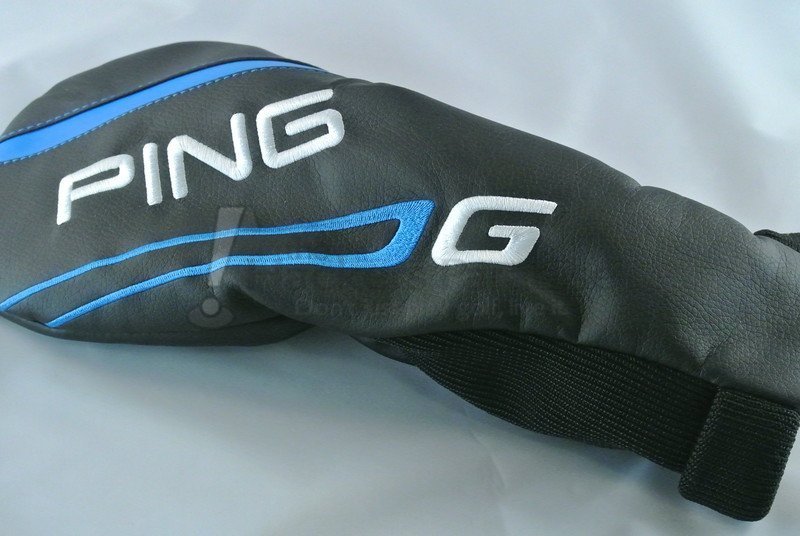 The SF Tec model that was tested for this review came in 10 degrees of loft, with the Alta 55 gram stiff shaft. Testing took place in multiple locations including the driving range, indoor simulators, and out on the course.

When hearing the term draw bias, it seems to many that there is some negative connotation that comes along with it. At times draw bias is associated with a closed face and a club that is going to cause hooks for players. Even though the SF Tec driver is draw-weighted, it sits fairly square at address. Set it down next to the other two versions of the G driver family and golfers will be hard pressed to know which one is which based on looks. Take some swings with it and it will be revealed that it is not a club that can be associated with a hook machine. While nobody likes to hear it, no club is going to be a cure all for a poor swing. However, the SF Tec does a nice job of straightening out the missis and reducing the cut spin that is associated with the dreaded slice. 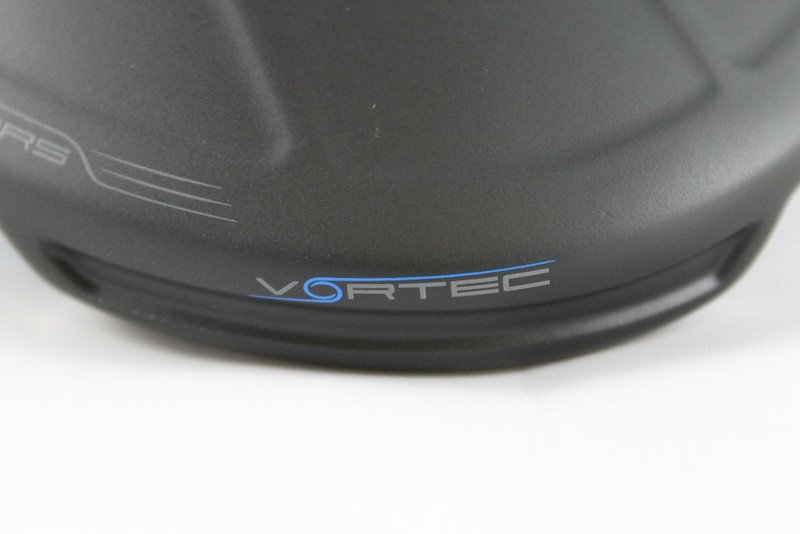 Heading into this review, the preconceived notion was that this driver was going to be one that brought with it a lot of spin. Much to the surprise of testers, that was not the case. The SF Tec driver still carries a lower to mid spin profile to help generate plenty of distance off the tee. Spin did jump higher on misses, however that is to be expected. While there is no way to alter the center of gravity on this head, one can tweak the spin numbers slightly by changing the loft. PING has included its adjustable hosel adapter which allows a player to adjust the loft up or down one degree. 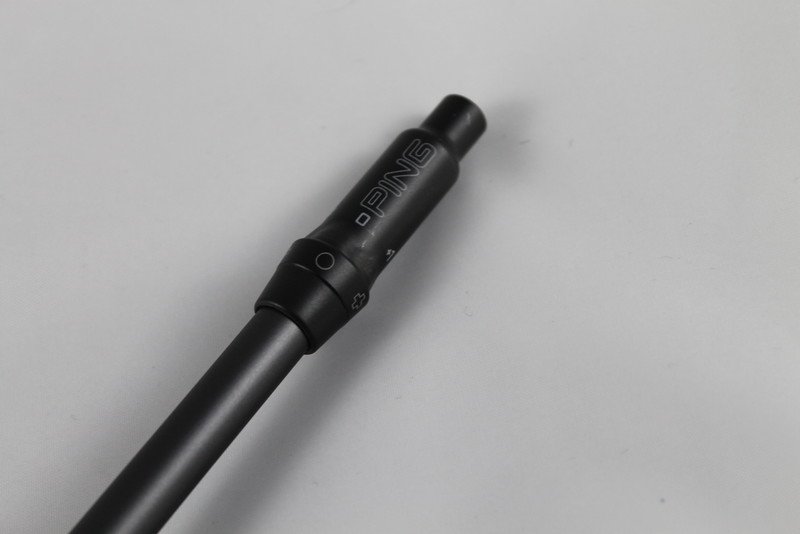 Between the crown aerodynamics, thinner face, and lighter swing weight, the G SF Tech driver produced some relatively high numbers in terms of distance and ball speed. The G30 driver was a really forgiving driver, and that forgiveness has been just as good, if not slightly improve here with the SF Tec. Ball speed retention was relatively high, and misses generally stayed on a straighter path. Misses out on the toe did tend to have a little more of that gear effect bringing the ball back to the left.

Not only did PING set out to make the G SF Tec driver an improved version from the previous generation in terms of performance, they also wanted to improve the sound. Every player is different, but the consensus here is that the sound is better on this version. It still has some of the loud hollowness that the G30 lineup had, but with the reinforced dragonfly weave under the crown, the sound is much more dampened. 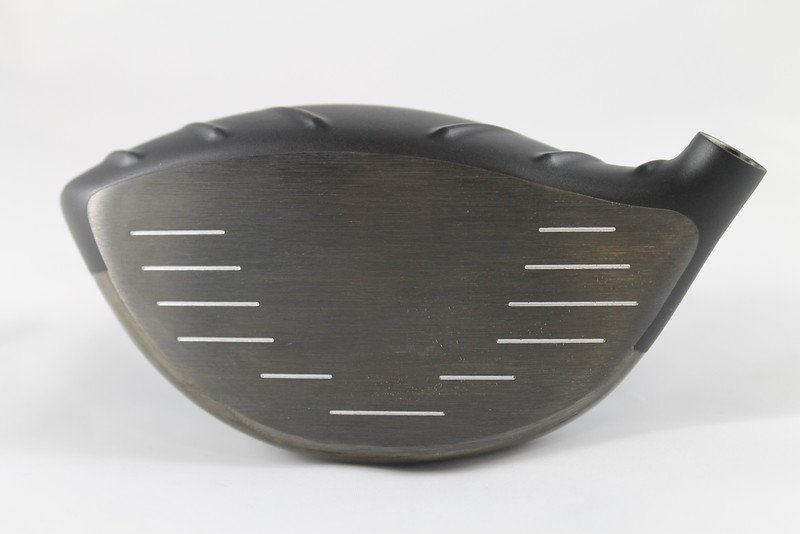 Following up on a very successful line of clubs is never easy. PING has without a doubt made some improvements in certain aspects when it comes to the G SF Tec driver. While the other two options in the G lineup might get paid more attention, the SF Tec head could be an enjoyable driver for many. The G SF Tec driver is available in two different lofts, 10 and 12, and comes with a price tag of $399. Those looking for more information, including a listing of fitting locations, can do so by heading over to www.ping.com.