One area where PING has always seemingly been quiet in the public eye is with fairway woods. The G30 line illustrates a change within the G-series that seeks to provide the distance and playability to make them a relevant contender within the market for a variety of golfers, not just those seeking maximum forgiveness.

Info from PING on the G30 Fairway Woods:

Designing a hotter, more forgiving face for generating distance with control was the inspiration behind the G30 fairway woods. A strong, uniform-thickness Carpenter 475 face maximizes deflection to increase ball speed and generate distance. The face is also taller for additional face bending and forgiveness. Crown turbulators help with aim and confidence. And with five settings, you can add or subtract up to 1 degree of loft to optimize trajectories. 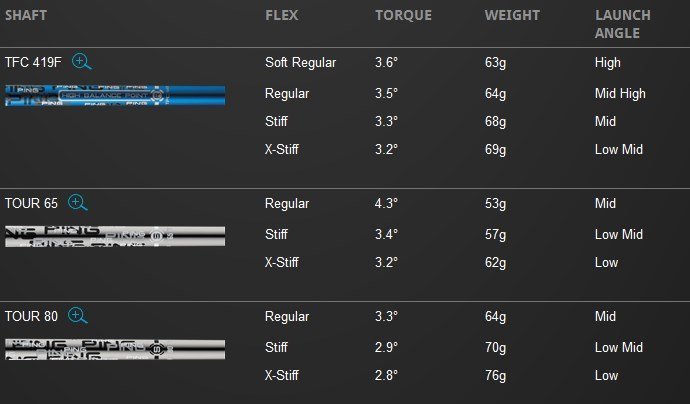 As with the drivers this year, the G30 fairway woods have kept the matte finish on the crowns of the heads. Unlike the previous version however, gone is the painted alignment aid and in its place are four Turbulators. Additionally, the change has been made to accent the G30 line’s extremely sleek combination of matte and polished black with blue. Thankfully the color change is not overdone with only a small section of it on the sole and also the stock TFC 419F shafts matching that same color. In all, PING may very well have the best looking matte finish of those who have tried to produce it and the entire clubhead possesses a well-rounded and pleasing appearance. 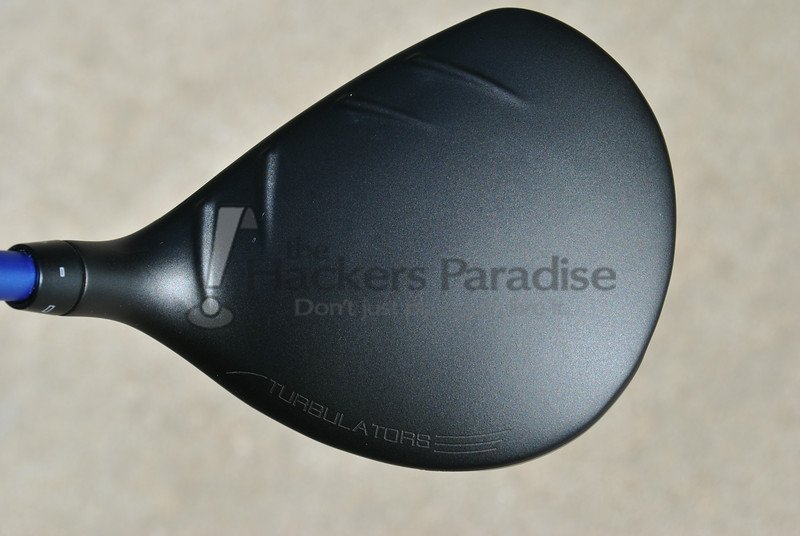 Like with the drivers, the big change that everyone is focused on with the G30 fairways are the Turbulators on the crown. Though definitely an outside the box move from what we are accustomed to seeing with PING, they serve a slightly different role in the fairways than the driver. PING has acknowledged that testing of the Turbulators on the fairways does not show the same ball or clubhead jumps it did in the driver because of how small the clubhead is. Instead they serve primarily as an alignment aid. One can’t help but think other companies may not have done the same. 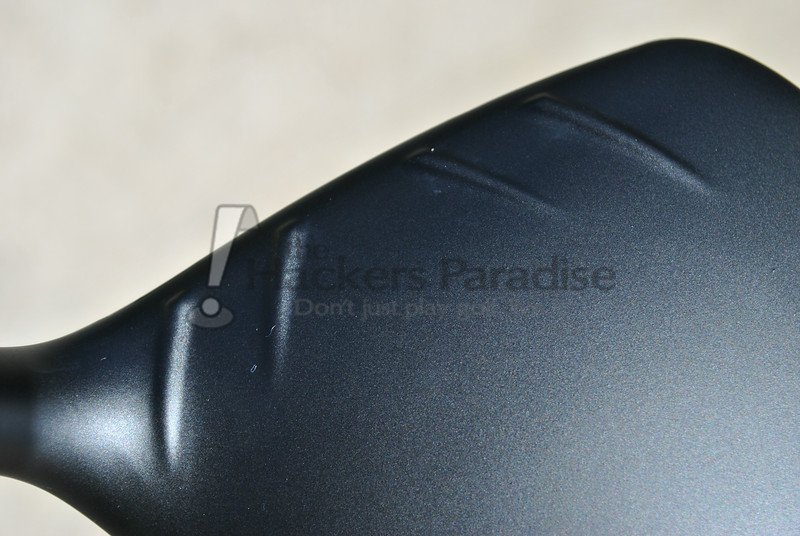 As different as they are, they really can be impressive tools when it comes to proper clubhead alignment to the desired target line both off of the tee and the deck. It may sound cliché that they look better in person, but they honestly do. They do not appear obtrusive or distracting at setup after you get used to them. They will not be for everyone, but those that try them may be surprised at the look.

The biggest difference from the G25 to the G30 fairway woods is undoubtedly the technical and material change of the face. With the G30’s, PING has made a move to 475 Carpenter Steel. This is a massive change as it pertains to making a fairway wood that will compete with the distance monsters we are seeing enter the market. The use of carpenter steel allowed PING to make the face thinner but still maintain all strength in the attempt to up the ball speeds across the face. Additionally, the movement to a material that let them go thinner allowed for weight to be saved and utilized elsewhere in the head, changing the CG and increasing the overall MOI.  One of the other design changes allowed by the face material change was to a taller/deeper look with a flatter topline, both intended to aid in the look at setup as well improving the club’s performance off of the tee. 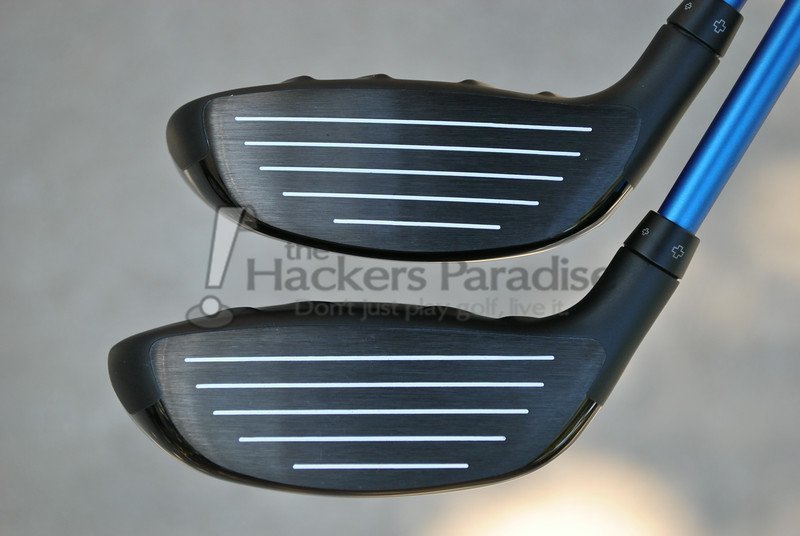 Testing showed with both the 3w and the 5w that the movement to the new face material is definitely beneficial for PING, particularly compared to the previous G-series models. The fairway woods showed a significant increase in ball speeds which is not only an improvement compared to the G25, but it also puts them on par with some of the most popular offerings on the market in terms of distance seen. The ball speed retention across the face remains very good and the heads showed solid forgiveness both heel side and high on the face. Towards the toe there was a tendency to see more of a draw spin placed on the ball, but the head still remained stable and not subject to any harsh twisting. Add into it all that the combination of the base head material as well as the 475 Carpenter Steel make for a very unique sound/feel at impact. It has a mix of a solid crack with a little bit of a metallic sounding undertone which is surprisingly pleasant.

One of the main reasons that PING sent in the 3w and the 5w for review was to illustrate the effects of utilizing a variable CG throughout the three different lofts like they have. By moving the CG low and back in the 3w it is intended to help achieve a higher launch and a bit more spin to aid hitting it off of the deck and the tee since the 3w is usually the most problematic for golfers. In the 5w and 7w, the CG is more forwards and low to regulate the launch angle and spin, as most golfers tend to hit their higher lofted woods much better. 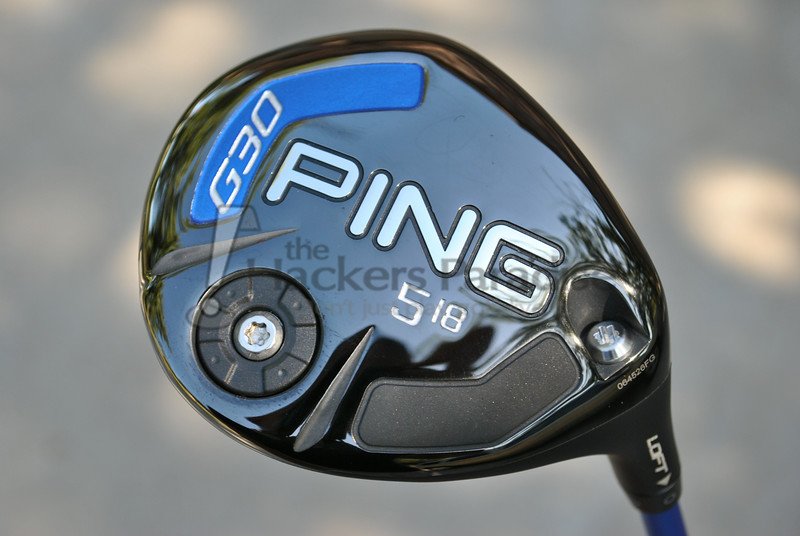 Time spent with each of the models backed up PING’s reasoning behind altering the CG through the line. The 3w proved to have a higher launch angle off of the deck than most fairway woods given the 14.5-degree loft on it. Though still not towering high, it provided enough of an increase for this reviewer to consider hitting it into greens when necessary without fear of a line drive ball flight. The 5w on the other hand showed a remarkable propensity to launch incredibly well from the deck and possessed no issues with holding a green when necessary from a variety of lies and situations. Off of the tee, the deeper face combined with the CG and forgiveness found in the design made for viable options on tighter or shorter holes. Clearly, the launch and spin seen will vary for each person and their unique swing, but the benefits of the variable CG were shown to be sound and effective during this review.

The standard offering in the G30 fairway woods is the TFC 419F shaft, a counter-weighted setup that intends to move the shaft CG higher up the and away from the head. This aids in speed and MOI to achieve better distance. The TFC 419F actually seems to work better here than in the driver. Though the setup possesses a larger torque ratio and higher balance point, the head is still noticeable through the swing and at no point did it feel like it was lagging behind. The weight may not be the proper fit for all, but being that the shaft is aimed at the largest portion of the bell curve it certainly appears to be a solid offering. 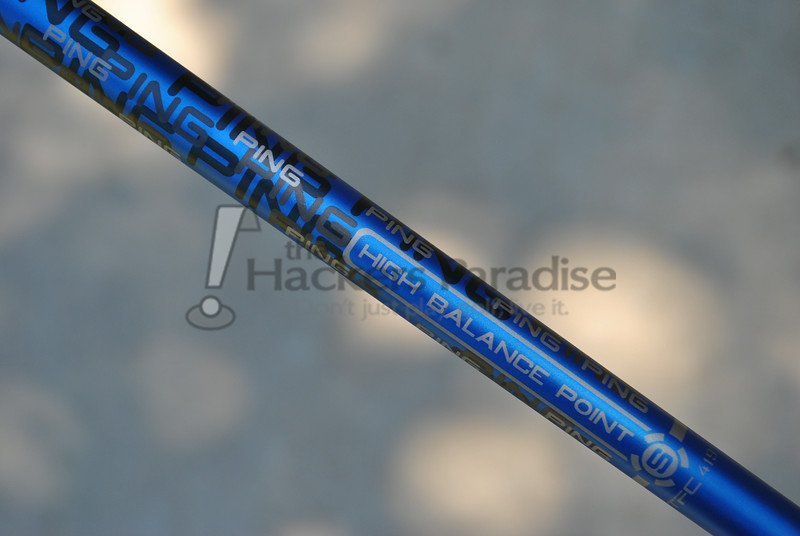 PING, being focused on proper fitting also offer “Tour” shafts with the Tour65 and Tour80 models. These offer lower torque ratings, are not counter-weighted, have different kick points, and serve to provide a lower and more penetrating launch for those who need it. PING sent the Tour80 to test in the 14.5-degree 3w and it lowered the ball flight substantially, putting it on a much flatter trajectory both off the tee and deck. As always with PING, they do a great job in selecting their stock shafts and having something that will fit everyone. 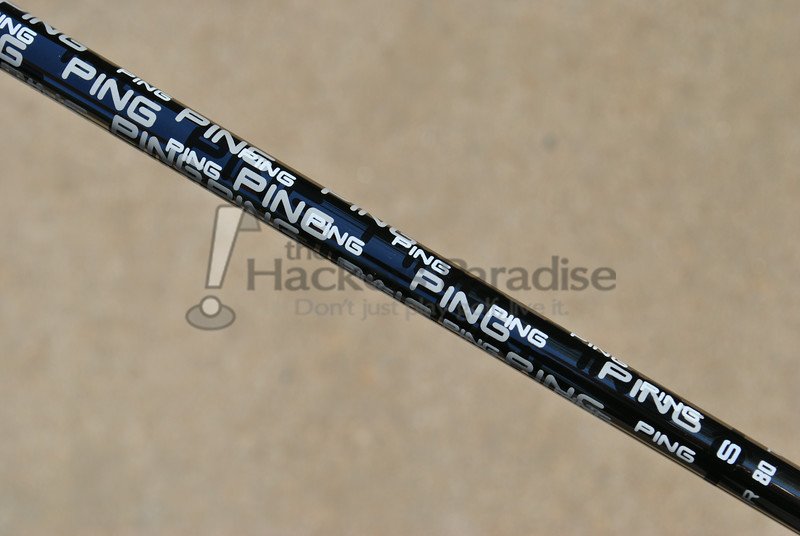 Though it took PING time to jump into the area of clubhead adjustability due to their heavy emphasis on fitting, when they finally did they had developed one of the most streamlined, lightweight, and simple adapters on the market. The G30 fairways mark the first time that PING has put adjustability into the G-series fairways and they have done so with a new adapter that offers five different settings as opposed to the original adapter’s three. The loft settings can now be manipulated +0.6°, +1°, -0.6°, or -1°. Although it may seem strange to be able to play the 3w at 13.9-degrees or 15.1-degrees instead of solid half degree increments, the important thing is that the adjustments showed to make a difference in ball flight during testing without changing the look at address much if any at all. 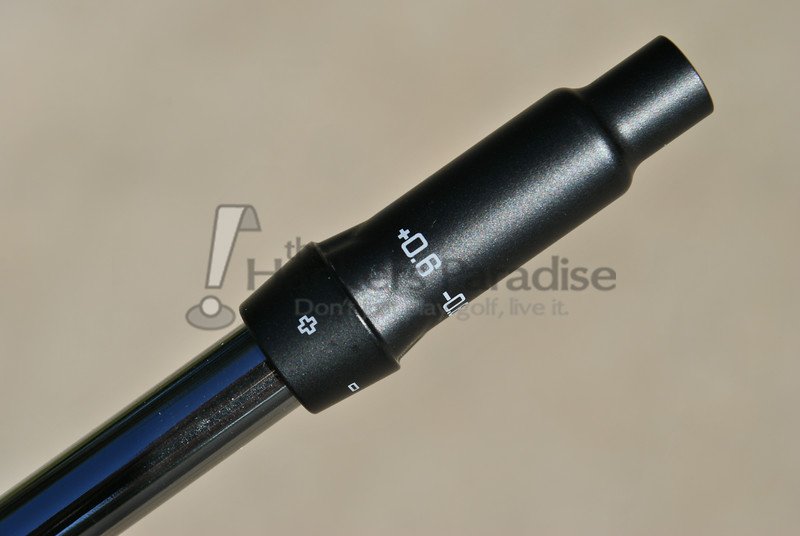 The G30 fairway woods are arguably the most well rounded fairway offering we have seen from the company this far. The offer distance that will compete with the some of the longest models on the market, an area that they have always struggled with. What makes the G30 so effective however is the way they have managed to keep the forgiveness the G-series is known for and supplement it with increased launch from a variety of situations. This all should make them much more playable for a wider range of golfers. Yes, they have Turbulators on them, but that shouldn’t keep people from at least trying them to see how they work with their particular needs and swing.

The G30 fairways have a price tag of $249.99. More information on these and the entire G30 line can be found at www.PING.com.