Tour Edge’s ‘Exotics’ line has developed a reputation of extreme design quality/materials as well as typically being some of the longest offerings on the market as far as hybrids and fairways are concerned. With the EX9 lineup the emphasis on technology and materials is still there, but with that is coming potentially more focus on playability than we have seen from the company.  THP was able to spend time with one of the offerings from the new line, the EX9 hybrid, to really see what this broadened emphasis being more versatile has done. 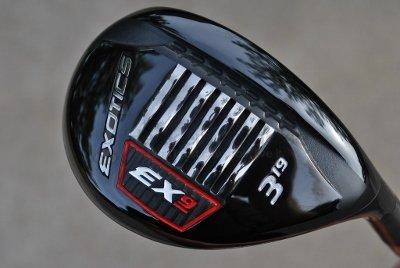 Information from Tour Edge on the Exotics EX9 Hybrid:

The EX9 hybrid’s technology story begins with a maraging steel cup face with updated/improved Variable Face Thickness (VFT). The thin and thick compartments on the face are strategically positioned for optimal forgiveness in preparation for off-center hits. The VFT face is combo brazed with a heavier hyper-steel body to make the EX9 hybrid easy to hit from any lie.

The EX9 SlipStream sole features shorter ‘waves’ from front to back, dramatically reducing the amount of turf interaction – the result is a full-speed explosive impact. The heavier sole also positions the center of gravity lower in the head to help players launch the ball out of any turf condition. The center of gravity position combined with the innovative design of the Exotics SlipStream sole delivers legendary Exotics distance.

In terms of looks, Tour Edge has always been very good at balancing modern twists with more ‘classic’ traits and the EX9 is much the same. From the top, it’s all business with a nice black metallic finish and single Exotics “E” alignment aid. From the bottom though, things get wild with “SlipStream” sole’s polished chrome serving as a total contrast to the rest of the sole and it is definitely unique compared to what we have seen in hybrids before. 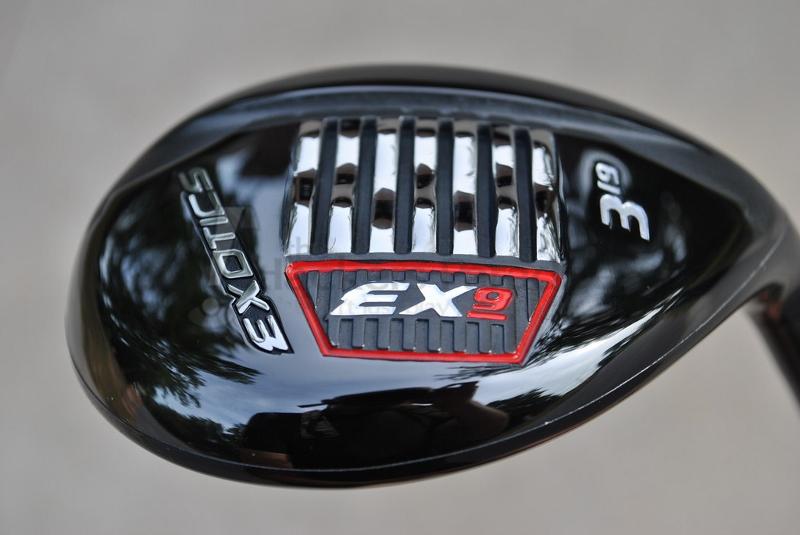 From a build standpoint the EX9 hybrid tries to appeal to both sides of the size preference range. It isn’t as cumbersome as some, yet with its more shallow face it is somewhat elongated overall with more mass in the toe region. The EX9 also is decidedly bucking the current trend of square toed hybrids and keeping to a more traditional face shape which makes sense given its focus is playability off of the deck. 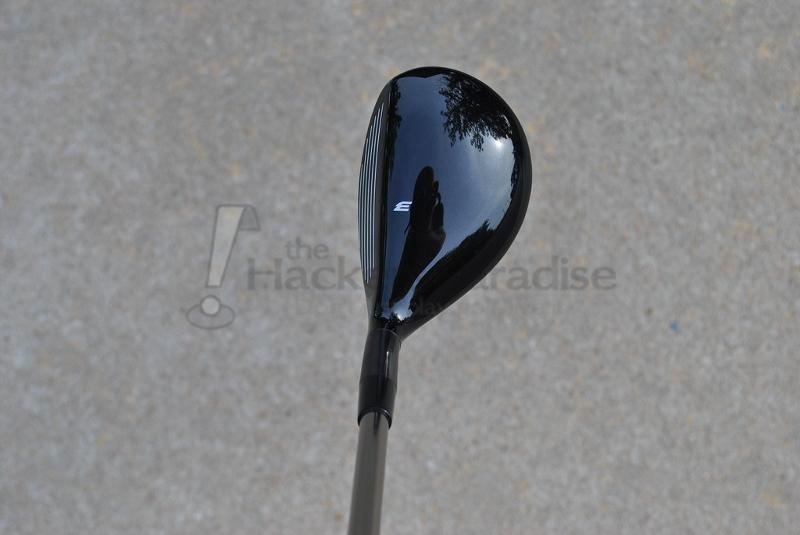 For this review, THP was able to work with the Tour Edge Exotics EX9 3-hybrid at 19.0° which was paired with the UST Mamiya Recoil 680 in stiff flex.

In testing the EX9 one of the most noticeable aspects is that it does have a very high pitched metallic sound. On impact the audible feedback is very sharp and for this reviewer was not expected. With that said, we all know that sound is going to be personal, effecting some more than others. There is still enough of a pitch change to allow for the user to identify shots across the face, it simply doesn’t offer that more iron like sound which some may prefer in a hybrid. 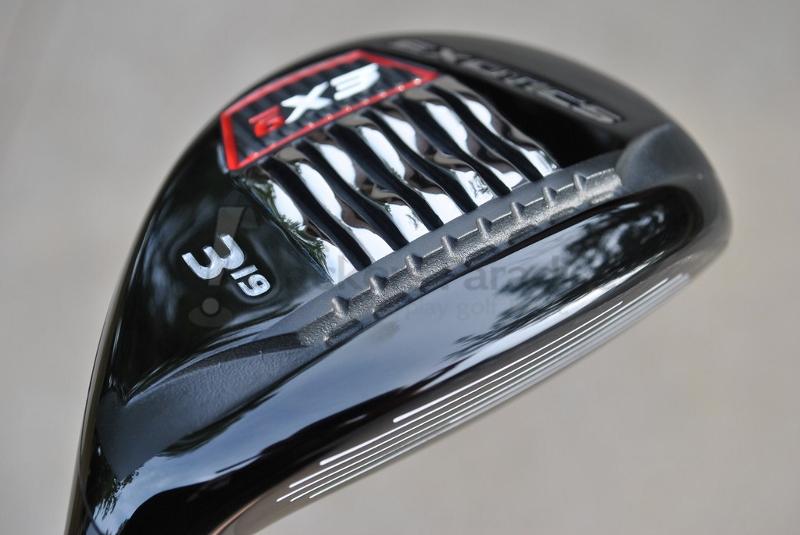 From a tactile perspective though, the EX9 has a lot going on that will appeal to those looking for an off the deck oriented iron replacement. A big part of this is the sensation of the ball off the face through impact thanks to TEE’s “Power Grid” which intends, and succeeds, in increasing the spring effect off of the face. Additionally the choice to pair the EX9 with UST’s Recoil shaft options really helps create an iron like sensation thanks to the Recoil tech. 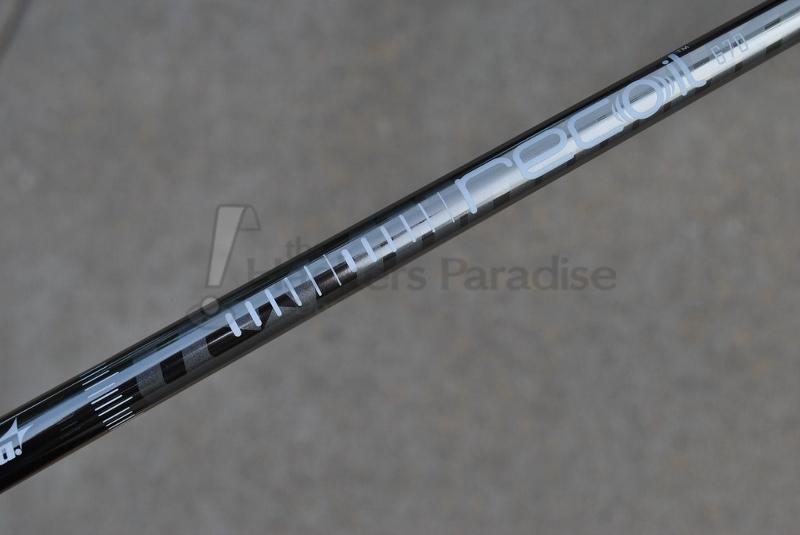 During review, the EX9 showed to have two different personalities when being used off of the deck as compared to the tee. While the data recorded indicates that the ball reached a nice average apex of 31y from each location, the way it got there was quite different. Overall, the launch angle was much more penetrating from the grass and produced significantly lower RPM’s compared to off the tee. Clearly, this will vary based on the user, but the consistency with which these characteristics were seen are definitely worth taking note. Any fairway/hybrid with a more shallow face can pose an issue for some when it comes from the tee and catching it higher on the face leading to a jump in launch angle and spin which is likely what was seen by this reviewer with the EX9. 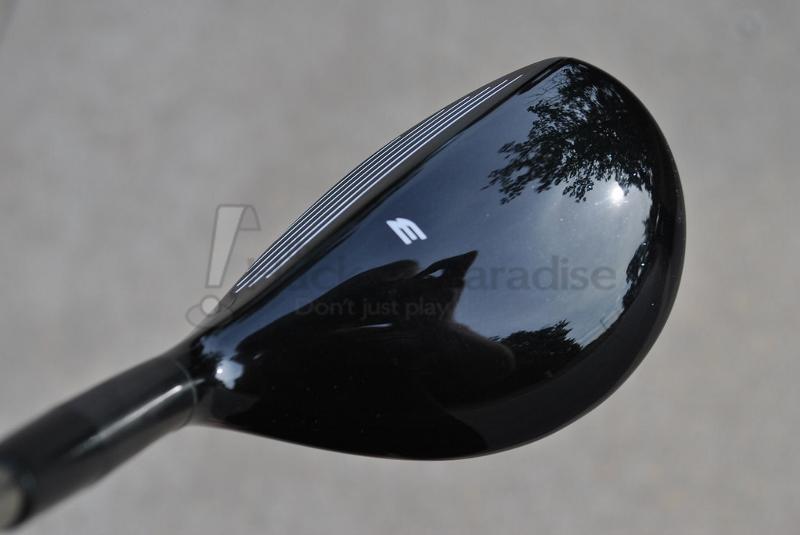 This is the performance area where Tour Edge typically excels when it comes to the Exotics lines thanks to their use of variable-thickness and cup-face technology as well as their brazing techniques which have always pushed limits. With the EX9 you see that once more, particularly combined with the continued evolution of their “power grid” channel on the club. Ball speeds were right on what you would hope to see for a club as oriented to being hit off the deck as this one and that thin miss benefited the most where retention is concerned. Really, anywhere but high on the face showed impressive retention traits and that miss comes back to the face depth more than anything. In terms of general distance, this one will not be the longest hybrid out there, but it did nicely fill the distance gap of the iron it would replace for this reviewer. 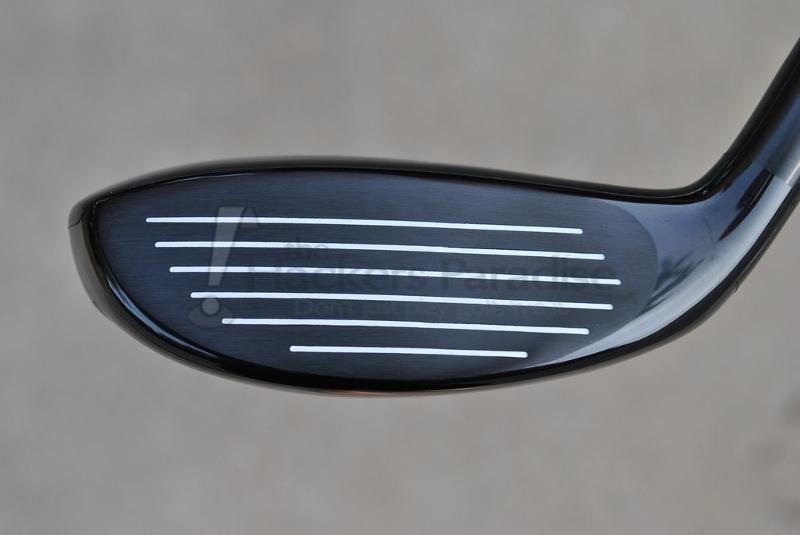 There also really wasn’t any issue with twisting at impact or on extreme toe/heel misses.  The club showed a lot of stability which it really needed to if it’s aimed to be hit off the deck. The biggest thing to mention here though is the “Slip Stream” sole rails. They work and work well. As a player who likes to hit down with his hybrid the rails really aided in getting the club through the ball and funneled debris away really well.  The Slip Stream section is so small and could potentially do even more if it gets widened in the future. 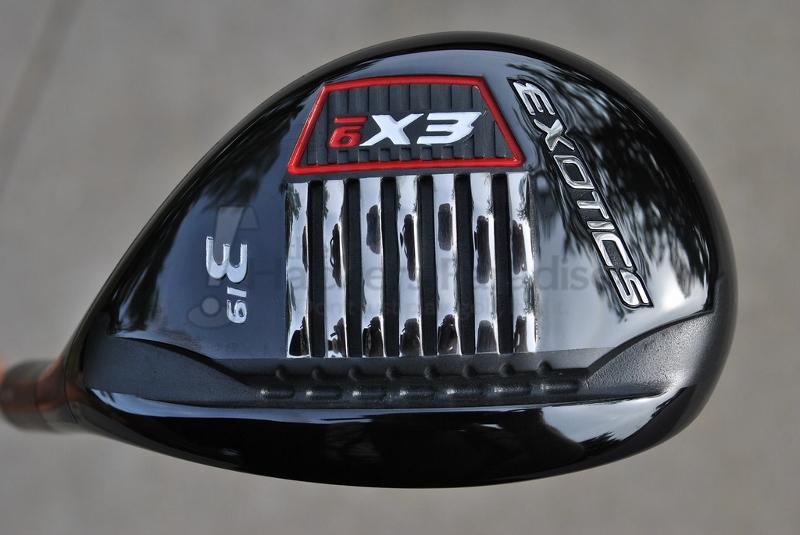 The EX9 hybrids from Tour Edge is a very cool direction for the company in terms of focusing on overall playability from where the majority of golfers are going to hit them, off the turf. Beyond that, there is a lot of tech still intertwined with the design as we expect from anything carrying the ‘Exotics’ moniker, but it is all being wrapped into a much more price friendly package than we have seen from them in the recent past. Though it won’t be precisely what everyone looks for in a hybrid, the EX9 definitely merits a look for those who focus on their hybrids as being iron replacements and true utility clubs.

The EX9 hybrids are priced at $159.99 and more information on it as well as the other EX9 offerings can be found on their website www.TourEdge.com.