With the M3 line of clubs, Wilson Staff is pushing the boundaries of tradition and everything they have done in recent times to bring the brand back into the forefront of golfer’s minds. By focusing on morphing feel and control into a package that looks good, performs, and offers an incredible amount of adjustability, Wilson Staff plans allow for easily tuning the club to the player. 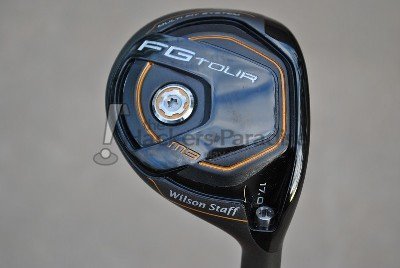 Great off the tee, in the fairway or from the rough, the FG Tour M3 fairway woods have been engineered to perform for the Feel (F) and Control (C) players.

The M3 line of woods and hybrids is Wilson Staff’s first foray into adjustable golf clubs, and rather than simply providing a few loft options they have immersed themselves into creating an incredible amount of performance customization for each and every user. The idea was to create a more player’s style line of clubs with the M3’s in order to focus in adding as much “Feel” and “Control” as they could (of their F-C-D system) compared last year’s D100 lineup, which fell more in line solely with the “Distance” category. In order to accomplish this, Wilson Staff knew they would need a variety of weight and loft options, which they are referring to as their “Multi-Fit System Technology”.

The M3 fairway is offered in three different base lofts (13.5, 15, and 17 degree) and each features six separate loft settings in half degree increments. Additionally, the face angle actually opens as the loft setting decreases on the club, but this varies depending on the base loft option. However, it is worth mentioning that Wilson Staff has also incorporated their “NSD” or neutral sole design in order to allow the clubs to sit neutral at address when grounded, no matter the loft setting. 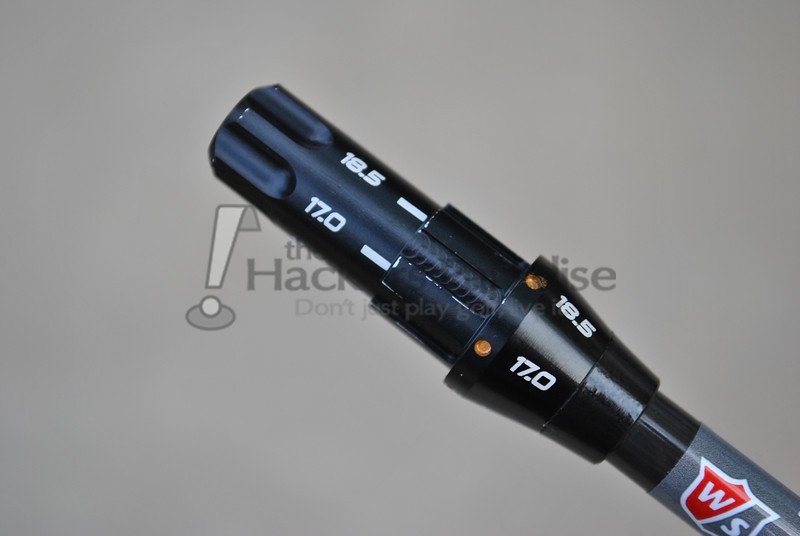 Altering the loft of a club is obviously the quickest way to impact the launch angle the user is seeing, but Wilson Staff’s R&D department also understood that the specific positioning and change of interchangeable weights on the club can also have a significant impact on the overall ball-speed, flight, and distance a user sees. Wilson is adamant on allowing users to find “the right light”. The M3 woods and hybrids include a full kit that includes three different screw weights, though the clubs come set-up with the 7g “right light” option, there are also 3g “ultra light” and 11g “traditional” screws. 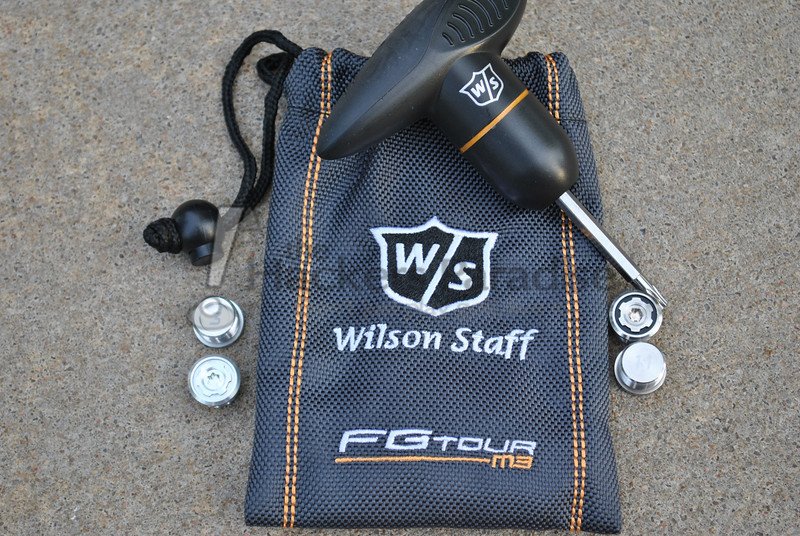 The M3 fairway is an aesthetically streamlined and simple overall design. The matte grey crown in contrast with the gloss black PVD finish on the remainder of the head allows the shape and curves to be the focus rather than excess flash or unnecessary graphics. In fact, the only additional color on the head belongs to the gold paintfill used to accentuate the engraving on the sole of the club. Add in the clean topline, black face, as well as the grey RIP Phenom shaft, and few fairways out there look this clean. 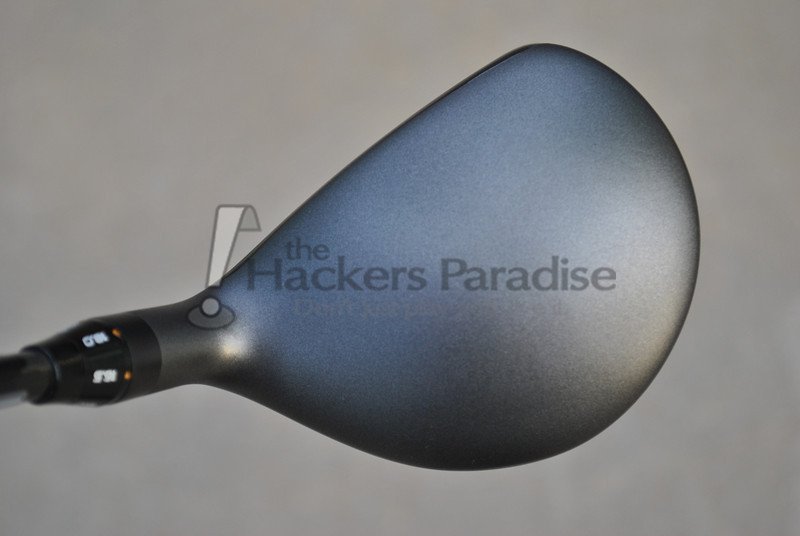 As nice as all of the finish and paint are, the actual head is what garners the most attention. It is definitely smaller than the majority of fairway woods today, and by focusing on “Feel” and “Control” the design leans more towards a player’s profile with a footprint more akin to fairways of the past more so than miniature drivers. Even with the smaller size, the head maintains a confidence-inspiring look thanks to a face with some decent depth to it. 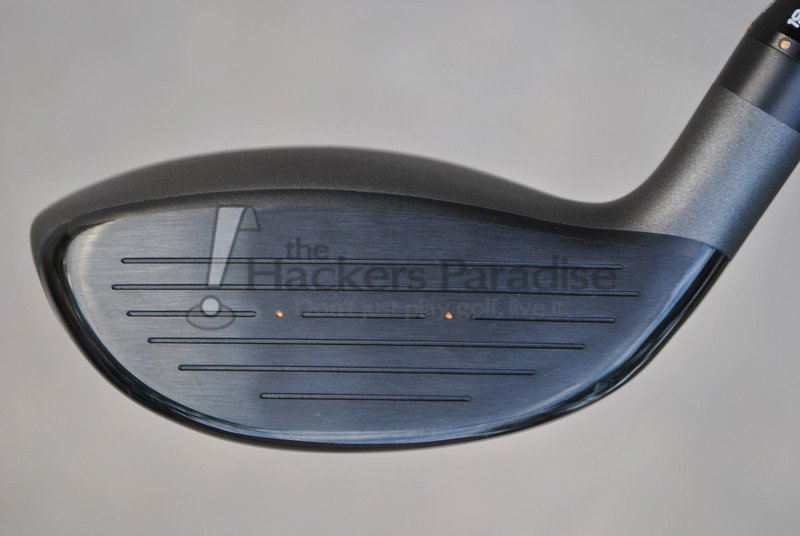 During testing the M3 fairway was utilized in a variety of settings and situations in order to get a complete feel for its overall capabilities. The club tested was the 17-degree fairway paired with the stock Aldila RIP Phenom 65, and it was used in a variety of loft and weight settings.

The M3 fairway not only has classic looks and lines, but it also has a sound that is equally such. At impact there is a deep, solid tone which matches perfectly the feeling of the ball off of the face. The lack of metallic tendencies is a departure from what was experienced with the driver, and though the sound did change with weight alterations like the driver, it did not become a harsher or displeasing audible feedback. Even with the deeper tone there was a noticeable difference on misses across the face both audibly and through vibrations. 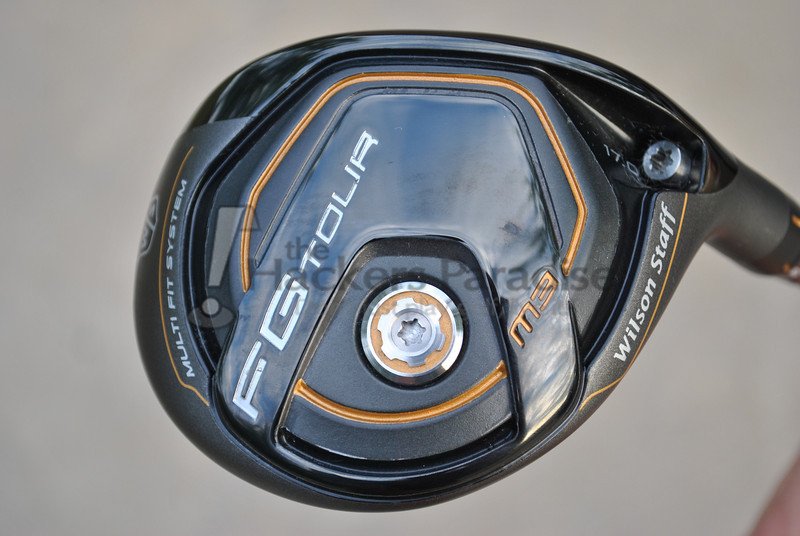 The M3 fairway offers a significant amount of adjustability in terms of both launch and weight, which was Wilson Staff’s main focus in their foray into the adjustable club market. The details of what each different adjustment (weight and loft) does is further discussed in the Technology Spotlight earlier in the article, but it needs to be noted that the ease of use of both aspects is well done and simple to understand. Plus, the inclusion of the weight kit, wrench, and manual with each club in the M3 line is nice to see in an era of weights typically needing to be purchased as “extras”. 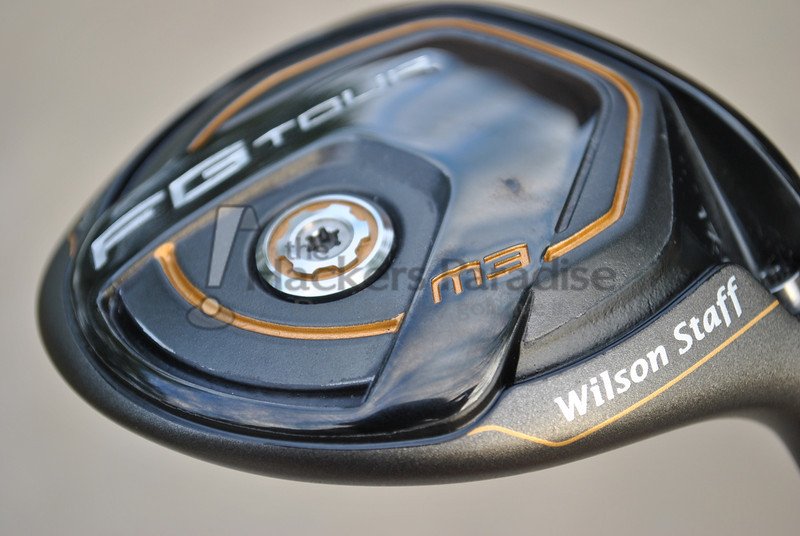 The main method of adjustability is of course through the hosel system, which each of the fairway models will set to 6 different lofts, all in half-degree increments. The 17-degree model that was reviewed will actually range from 16 to 19 and each loft change was noticeable at address by the amount of face seen behind the ball and the ball flight witnessed. In its base 17-degree setting, the combination of the M3 and the RIP Phenom 65 proved to launch the ball significantly well off of the tee and the deck with a mid-high overall flight. Worth noting here however, the hosel is definitely larger than what we have seen in most adjustable clubs, and as such the eyes will naturally drift towards that initially. It doesn’t look bad; it is just noticeably thicker in overall circumference. 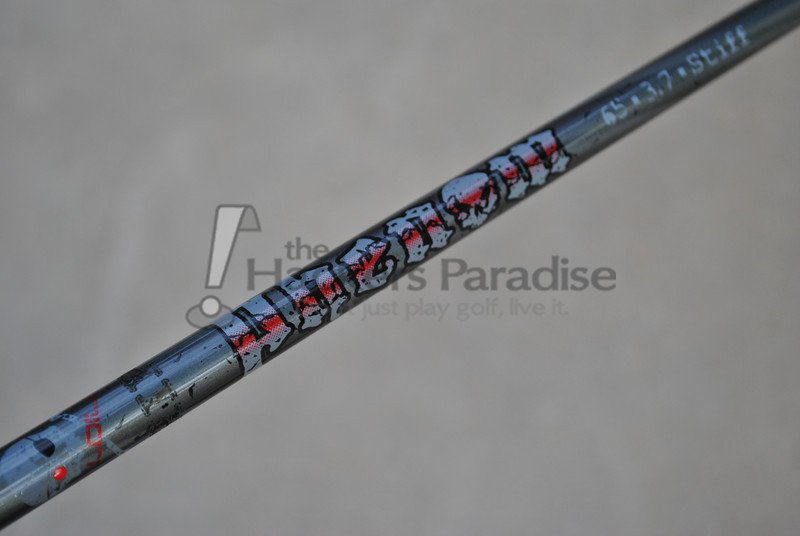 The highlight of the adjustability features in the M3 line though is the different weights.

Wilson Staff’s R&D believes the key to properly tuning the performance and getting the most out of clubs is in finding “the right light” to maximize ball speed and launch angle. Time spent on a monitor to record ball speed differences with the three different weights (3g, 7g, 11g) showed a definite change. It is important to keep in mind that every golfer is different and therefore Wilson emphasizes that the weight system is not one size fits all. For this reviewer, the best results were seen with the standard 7g weight. Comparatively, the heavier weight generated more ball speed and dropped launch, while the 3g weight decreased ball speed and increased launch. Although the results of what is the best fit may vary from user to user, there is no doubt after testing that the weights most certainly do result in performance differences. 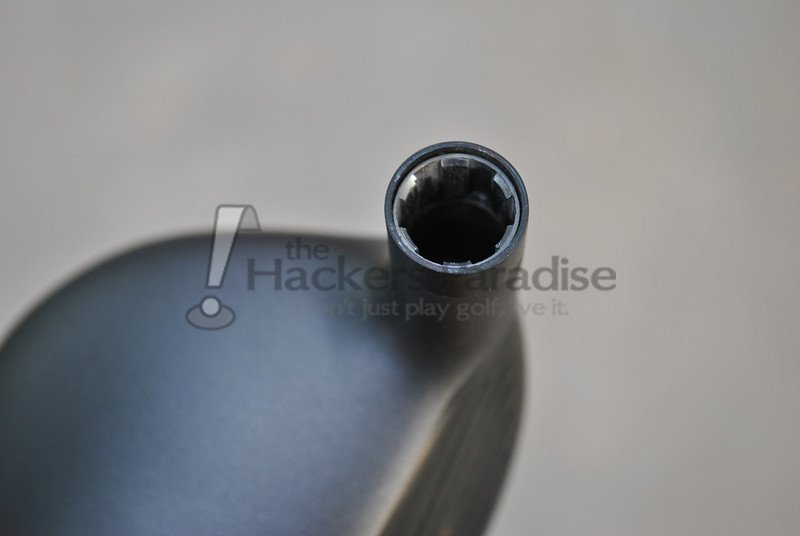 With a smaller footprint and emphasis on the “Feel” and “Control” of Wilson’s F-C-D system as it pertains to distance and accuracy, the M3 fairway is an interesting club. In fact, it showed that it is among the longer fairway woods tested this year off the tee, but especially off of the deck. With the launch angles that it managed and the ball speeds that it maintained throughout testing, a variety of users across skill levels all saw solid results when it came to distance, much of which is undoubtedly thanks to the variable face thickness Wilson built into the design. As for accuracy, the more consistent swings pay the highest dividends, as although the depth of the face definitely allows for some range of forgiveness, it is definitely more of a players club. Heel and toe strikes showed an average loss of distance and ball speed, but maintained a solid overall accuracy/dispersion ratio. 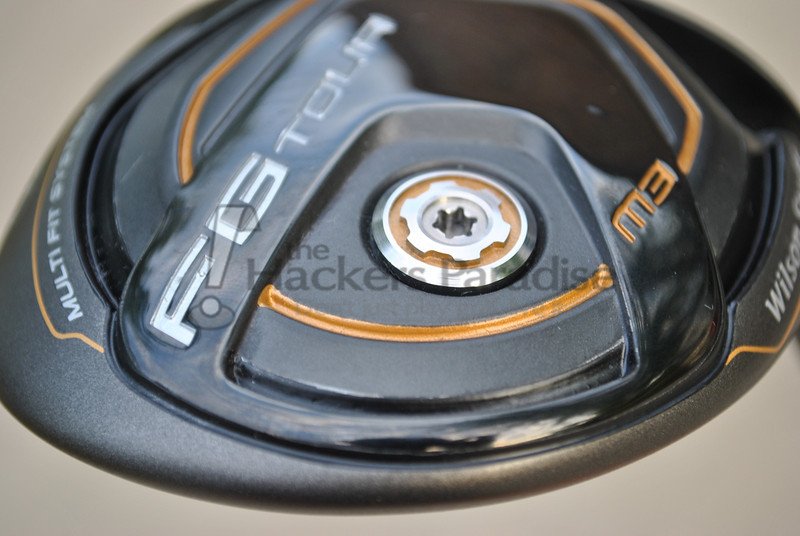 The M3 fairway may very well be the standout of Wilson Staff’s entire M3 lineup of clubs as far as all-around performance is concerned. It takes advantage of the multitude of adjustability options and combines it with a well-designed head capable of extremely solid numbers. The direction that Wilson has taken this year is a bold one, and in the case of the M3 fairway the boldness is well merited and hopefully is a sign of things to come from them as a company.

The M3 fairway wood carries an MSRP of $219.99 and includes the Multi-Fit weight kit. More information on this and the rest of the M3 lineup can be found at Wilson’s website, www.wilson.com.