One thing is consistent when it comes to golf accessories, just when you think that they have thought of it all, along comes something outside the box. The “Grip Friend” is just that, it’s an outside the box solution for something that has at some point effected golfers of all skill levels; wet grips. While many go the traditional way of simply utilizing a towel when taking multiple clubs to the ball, Grip Friend is intent on cutting out the towel and replacing it with something effective in all situations. 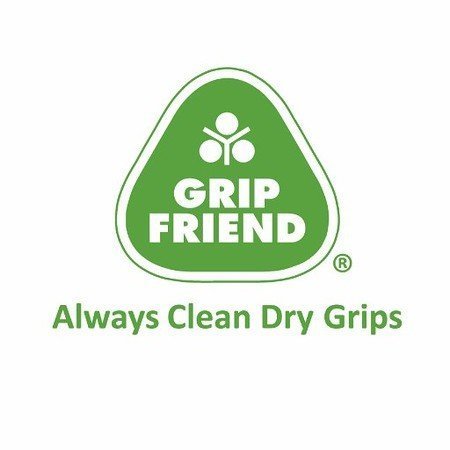 Grip Friend’s design is new and innovative. It’s a triangular tube made of rugged ABS plastic that protects the grips of three clubs. The open bottom is divided into three spaces for three grips. The closed top has a key ring attached to the reinforced bridge and to a custom carabiner.  Grip Friend attaches to a cart strap or fits in a bag pocket.

We made Grip Friend as light and small as we could and still be functional. It weighs only 10 ounces and is 12” deep. Inside there is enough space for two standard grips and one large oversize putter grip. The bottom is flared so grips don’t rub against each other when clubs are inserted and removed.

One of the coolest aspects of the Grip Friend, and one that they are very proud of, is that it is totally designed and made in the United States, more specifically R&D Plastics in Oregon. What this means is that the ability to keep a keen eye on quality batch after batch is there, and when it comes to anything intent to be used in poor conditions that means a great deal. 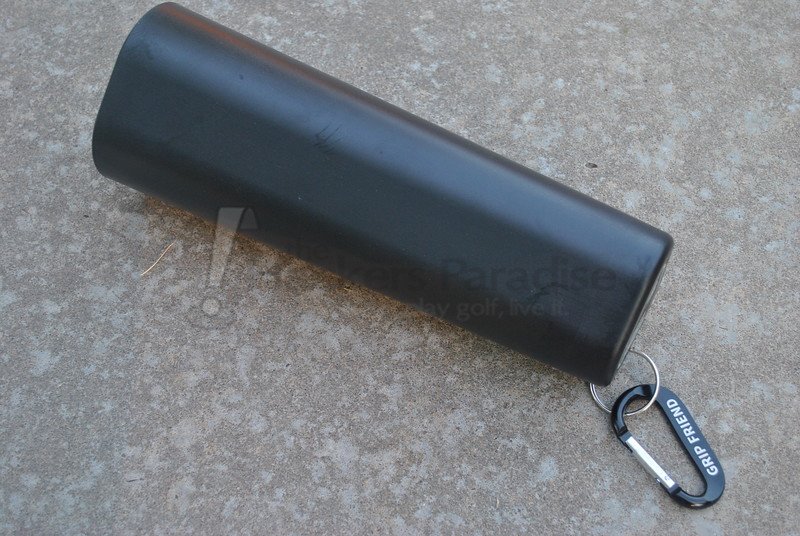 In-hand, the attention to these details are clear, weighing in at 10 ounces and measuring at 12 inches top-to-bottom, it manages to be durable yet lightweight. The triangular shape tapers in its dimensions from the opening to the bottom of the tube, and features a triangular divider with one of the sections being a bit larger in order to allow for oversized putter grips.

Regardless of what one thinks about the performance or necessity for something like the Grip Friend, it’s definitely well designed. With three color options (black, grey, and pink), and an affordable price point of $19.95.  For those interested in something like this, the price is right given the durability of the material. 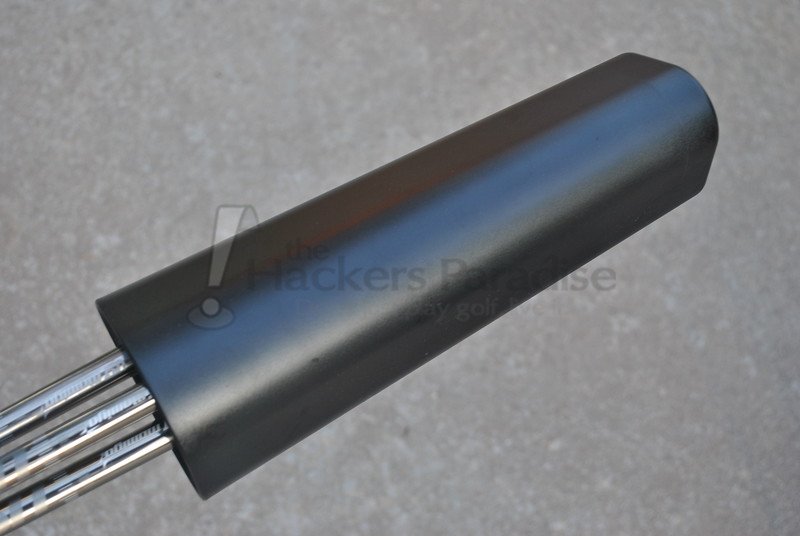 The Grip Friend was put through its paces on the course in both heavy rain and early morning dew. The case study was an interesting one as it certainly does what it intends, the carabiner is oversized enough that it makes it easy to remove from the bag and put into use when deemed necessary. As far as when and how to put it into use, the company’s website has a plethora of information and instructions, but to be honest it really is just as self-intuitive as one might think. If it’s wet and you have to sit your clubs down for a shot, use it. Simple and straight forward. 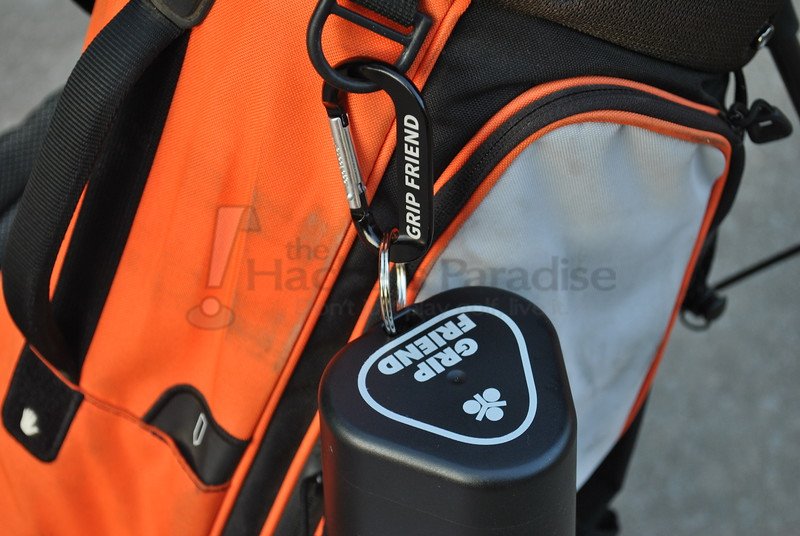 While the performance run-down above may seem a bit simple, there is only so much to be said about something that does what it says, exactly how it intends. That said, it does bear discussing the fact that the Grip Friend works best when riding in a cart, and other than its light weight, it almost seems as if those who carry were an afterthought in the design. Now, the aforementioned is not intent on saying that walkers cannot use the Grip Friend, it works as described there, however the 12 inch length of the design when hanging from a carabiner, which is then hanging from the bag, becomes a bit cumbersome. The size leads to it swinging freely and noticeably when walking coming close to the back of the legs, and the single anchor point on the device makes it difficult to further secure. All that said, this reviewer ended up just putting it into the large pocket on the bag when carrying, which solves the issue, but sort of muddles the intended ease. This is something I would be curious to see if down the road they perhaps design a more slim-lined version for walkers/carriers. 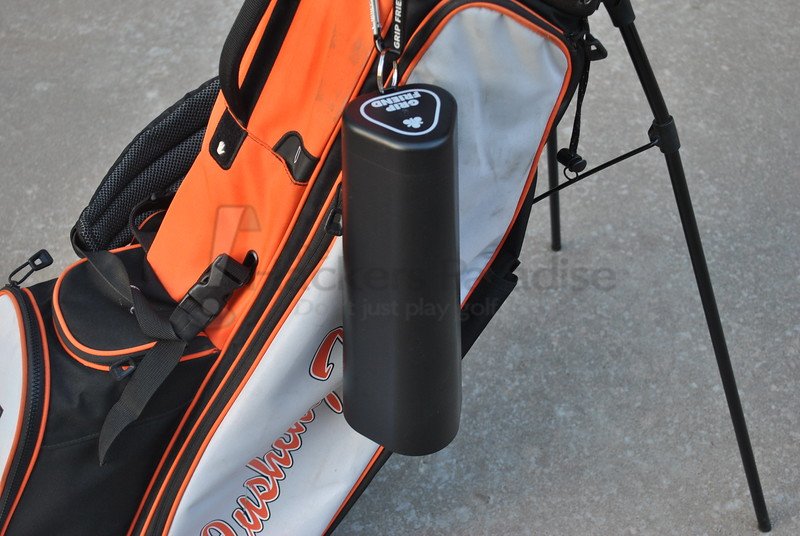 Innovative solutions to age-old problems are always fun to see in any industry, and Grip Friend has certainly come up with an interesting option. Many will undoubtedly ask, is it better than a towel? That, will be up to the individual. For this reviewer when playing in a steady rain, the Grip Friend proved most useful because of how quickly towels get wet in those conditions, but of course if one plans accordingly with extra towels then maybe that isn’t as big of an issue. What it comes down to is personal preference, but in terms of doing what it claims, the Grip Friend certainly checks that box.

The Grip Friend is priced at $19.95 and more information can be found at www.GripFriend.com.