At first glance there are some components of the F9 fairway wood that immediately catch the eye.  First, the exciting addition of the CNC face milling to their fairway lineup, a first for Cobra, and second, the ‘rails’ that run from front to back which you would expect to improve the turf interaction during the swing.  There are also some carryover visuals from the F9 driver, like the stabilizing bars on the crown, and the black on yellow colorway that Cobra has selected to highlight their lineup for 2019.  While the fairway wood I received promotes the yellow on black profile, Cobra has also released a satin head that is black with white highlights. 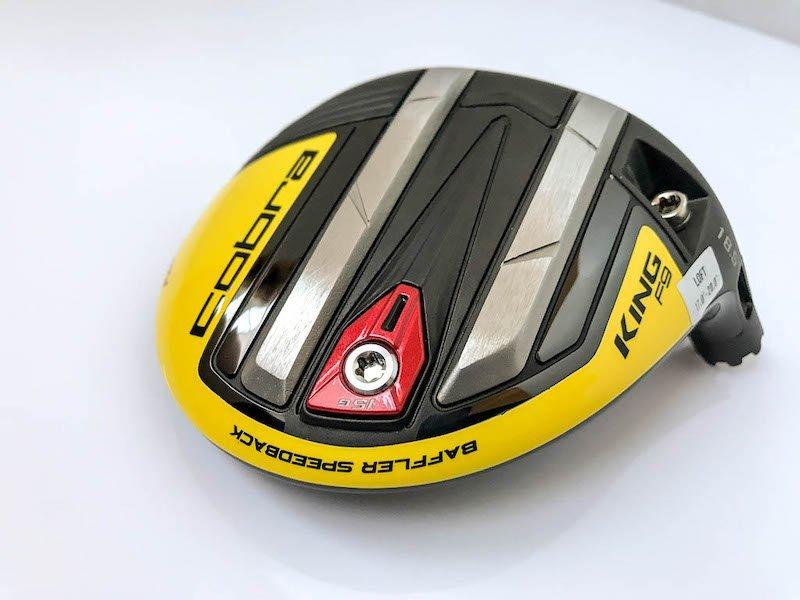 I would argue the most compelling design feature of the Cobra fairways are the baffler rails that run along the bottom of the head.  They are actually progressive depending on the loft of the head, which means that the lower lofted heads are not going to have as deep or aggressive rails.  This is done because of the anticipated turf interaction so the lower lofted heads would be a bit shallower, reducing the need to avoid deeper drives into the ground.  The club received for review was the 5/6 set to stock 18.5 degrees, and it had some really impressive turf interaction.  Despite the lofting that would promote a slightly steeper angle of attack, the rails really supported clean drives through the ground, and I cannot speak about any situation during testing where a ball was hit so fat that good distance was not achieved.  That is fairly telling considering the conditions of play were softer than usual.

What might not be so easily discerned by the regular viewer is the fact that the baffler rails contribute to the head profile by utilizing a combination of steel and tungsten to drop the CG by 10% to support ball speed improvements and launch.  This is a pretty fantastic way to achieve lower weight in the head, and it is supported by the carbon crown, which has stabilizing bars in two locations moving from front to back in order to add durability while reducing as much material as possible.  This process allows them to move the weight lower in the head for better CG placement, and with that, more optimal launch and spin characteristics. 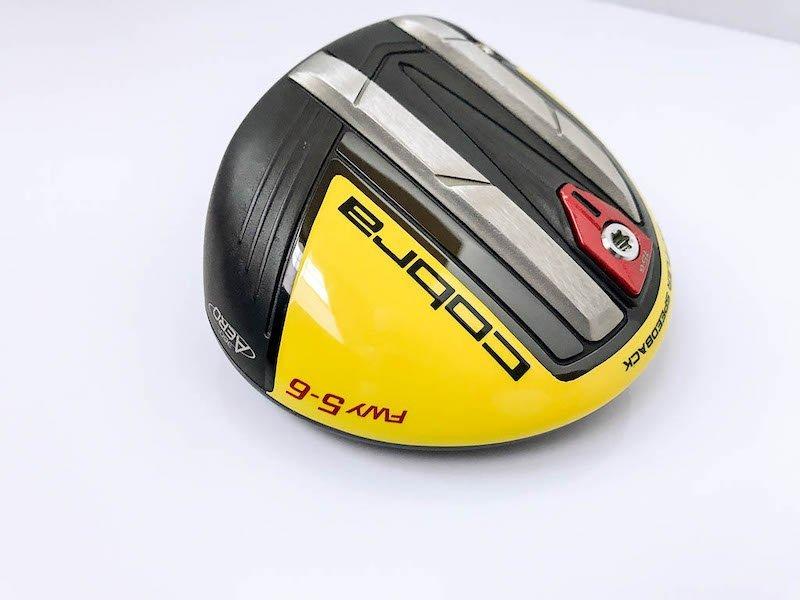 Arguably the biggest change moving into F9 for Cobra is the CNC precision milled face.  They mill each face (a piece of forged 475 stainless steel) to produce extremely tight tolerances, controlling the bulge and roll face curvatures.  This is beneficial both from a consistency standpoint as well as a performance standpoint, and Cobra is excited to point out that F9 has the thinnest and hottest fairway face they have ever created.  At address, it is not overly easy to see, but the presentation of the CNC milled face is clean and unique, which will appeal to a lot of golfers.  One of the more intriguing elements of the face design is the small cavity that surrounds the face.  With fairway woods being a bit more difficult to hit in the center of the head, and the slightly larger rolling corners of the F9 fairway, there was definitely some skepticism of the effectiveness of off center strikes.  That in mind, we did not see a lot of visual variance (at least more than the norm) at extreme locations on the head.  It remains very much a “get out what you put in” reality when you travel that far away from center.

The sound of the Cobra F9 is clean.  There is not much by way of metallic elements to the strike, but rather something a bit more stable and controlled.  During my driver review, one of the golfers who spent time with me during the process likened it to baseball, where the F9 profiled much more like a wooden bat (full) vs an aluminum one (hollow), and I think that blends well with the fairway conversation.  By that, I mean that the strike promotes a much more solid contact profile than what you would get out of some of the more manufactured and tinny sounding heads available.  Not unlike the driver, the fairway is very audibly clear when good contact is made, proving to the golfer that better contact could be made when they do not square the club head at point of contact. 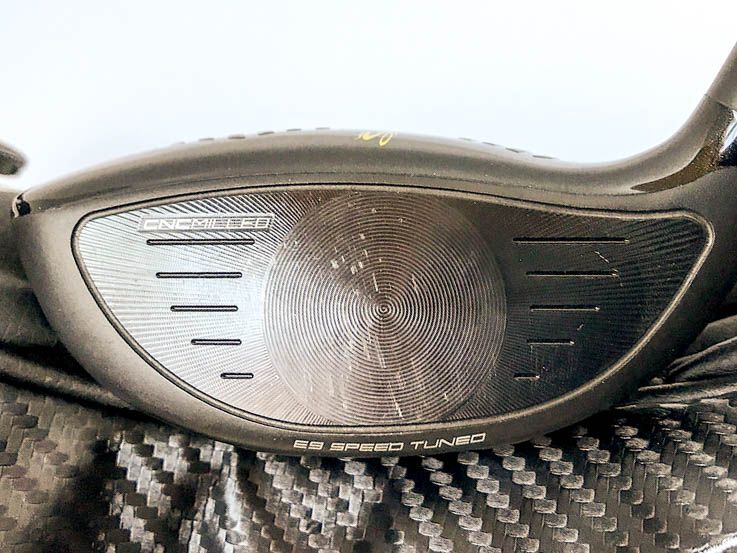 Flight and launch characteristics for the F9 seem to be in the mid and mid-range.  As a high spin player, pairing with the Atmos blue shaft in the 18.5 degree slot promoted a nice mid launch with more spin than I would prefer (fairly typical for me in stock profiles).  Out of all the golfers I was able to connect with during the testing period, the head seemed best suited for the more neutral spin profile, and for that golfer we saw some excellent flight with maintained trajectory in the air.  Glancing blows are still going to hang the ball out to the right without much return to center, but again with this kind of profile that much should be expected.  I would argue the real tendency of the head is to persistently go in a straight line, with maybe a hint of draw on great strikes.  For those looking for a bit of customization, MyFly8 is present in each fairway which allows for significant loft and lie optimization.

The Cobra F9 fairway wood is a great compliment of technology and functionality that blended well between the driver and hybrid spot in the bag.  Cobra is offering the product in three lofts (3/4, 5/6, 7/8) with two unique head profiles to select from.  There are options for golfers seeking higher launch with Helium 60, and mid launch with the Atmos Blue.  Finally, they are continuing to provide golfers with Cobra Connect directly embedded into the grip, which tracks distance and accuracy of each shot using your smart phone.  For more information on the Cobra F9 fairway, visit www.cobragolf.com.