The 2014 year brought golfers many new innovations in the world of golf. As the season winds down in some areas, THP thought it would be a good chance to take a look back at 2014 and ask the question about your favorite irons that were released. Throughout the year, THP reviewed just about every piece of golf equipment that was released and the THP Forum was bursting with information and feedback on most of them by golfers from around the world. 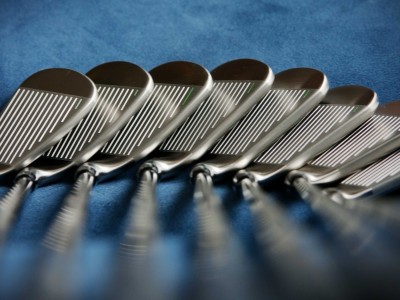 One category that seemed to bring some of the best of the year was that of iron sets and with each release there were golfers giving detailed feedback. So the question goes out to all of the THP readers out there. What was your favorite set of irons in 2014?

There were quite a few releases and each major company brought at least one new set to the table. So out of everything you tried this past year, what was best in show? Let us know in the comments section below or join us in the THP Forum and join the conversation in this thread.

Apex pros with recoils. Demoed most of the clubs out there and these were not on my radar, but after I hit them, they were clear winners.

Apex wit Recoil shafts…the best irons I’ve every bought period…end of story, when they get cheap, I will buy a 2nd set as I plan to play these irons for the next 10 years…

The @cobragolf KING Utility was spotted at the #pg

Have you tried a @theragun yet? @cutter_dykstra te

We tried to get a super early look at something co

New #tripletrack putters from @odysseygolf are her

What do think of the new stamping on the @titleist

Just announced and we have all of the details on t

Bridgestone Golf says they are reinventing the tou

First look at the new @taylormadegolf SIM MAX and