The story of the final day was the wind and players having to flight the ball so much differently than they have had to much of the year. Graeme McDowell came in to the day just a few shots back and quickly made that up with a tremendous round of golf and when the final putt dropped, GMac got his first PGA Tour win since 2010. McDowell has shown glimpses of greatness again over the last two seasons, but this week he was able to show the world that he is back to form from a couple of years ago. 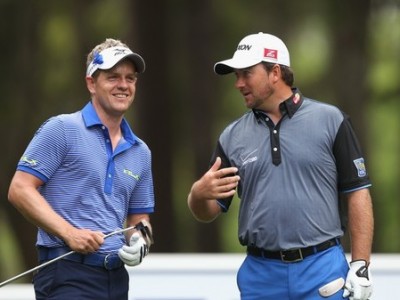 Up by 1 stroke over Webb Simpson on the 18th hole, McDowell carded his first bogey of the day to drop into a tie at -9. Simpson still had the 18th hole to play and made par to send the tournament to a playoff. On the 1st hole of the playoff, GMac had a tap in par putt and Simpson was left with about 6 feet left to force additional holes and was unable to convert the par save. The winner of the 2013 RBC Heritage is Graeme McDowell.

Always one of the best drivers of the golf ball, Graeme continued that this week with his Cleveland Classic driver, and to match his fairway finding, his putting and wedge game showed that he will be a contender for much of 2013. Here is a look at the tools Graeme McDowell used to get the win.