Let’s be real, for most golfers putting is the most boring portion of the practice regimen, if they even practice it at all beyond throwing down a few golf balls and smacking just before a round. Enter PuttOUT, a company that continues to try to streamline putting practice for golfers by keeping them mentally engaged throughout the process. 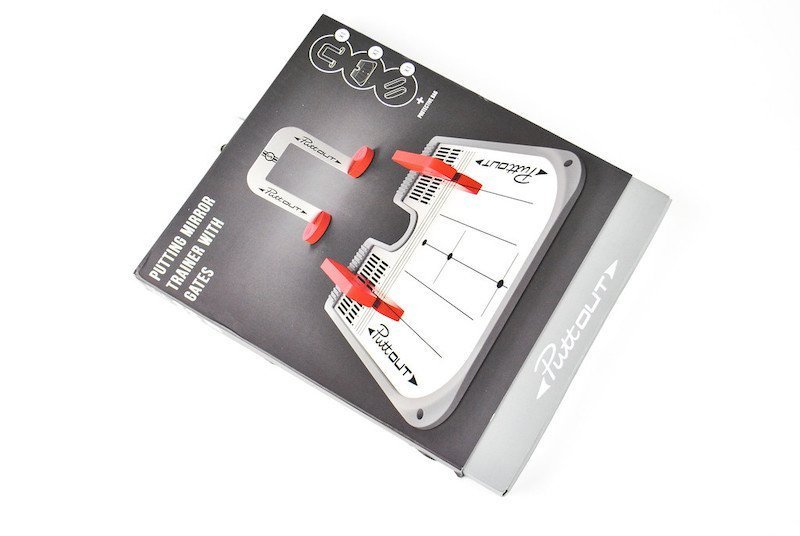 I have been able to review both of the company’s previous products for THP, the PuttOUT and PuttOUT Putting Mat, and each time have come away impressed with the quality and design of the products, and even today I continue to implement them into my practice. So, when the company dished on social media accounts that they had a new product coming, I was hoping we would see it for review, and here it is. 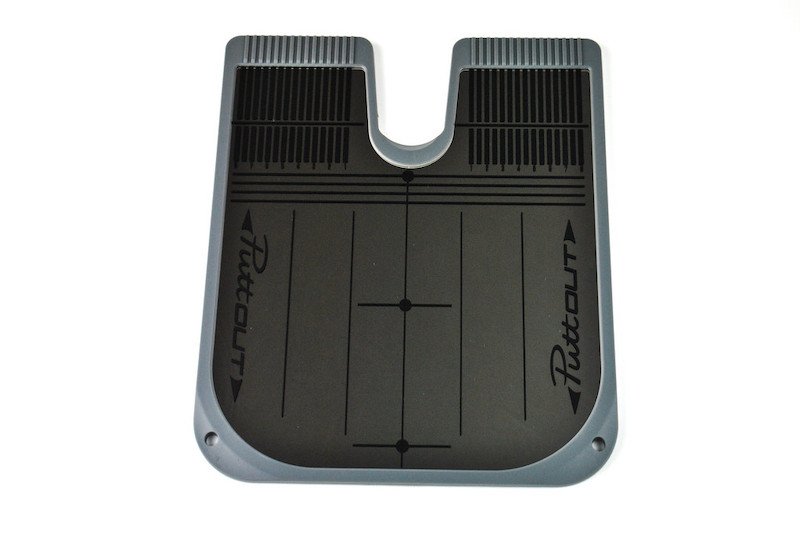 I know what some of you are thinking, that a putting mirror isn’t a new or revolutionary idea, and you would be correct in that summation. That said, PuttOUT acknowledges that, but they also believe they have created an overall package here that takes the concept to a more effective and feedback friendly level. Quite frankly, after spending a lot of time with the PuttOUT Putting Mirror, I agree. 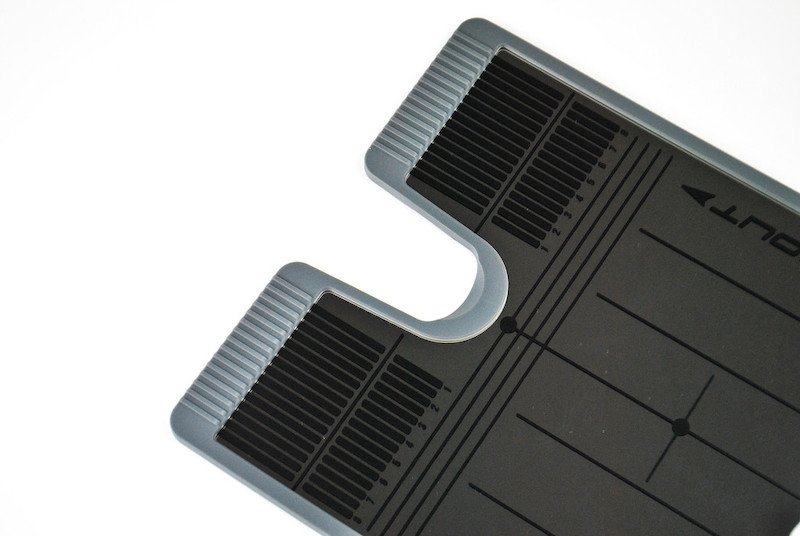 The mirrors design is in line with most standard sized putting mirrors, complete with the ball cut-out width and depth. The difference is in the design around, and connected to, the mirror. The use of a heavy duty rubber “casing” which has subtle “spikes” on it adds both durability as well as the ability to keep the mirror in place both indoors and out without the necessity of using tees like most other mirrors. This is something I was hesitant would work, but it did, and contrary to some initial concerns it did not affect the overall height of the mirror in a negative manner. I know some have fears with mirrors that they are actually placing the putter above the ground differently than what they do on the course, and while that is true, it is my belief that this placement in combination with the ball being on the regular surface aids in training the user to strike their putts with the ever so desired slightly ascending blow. 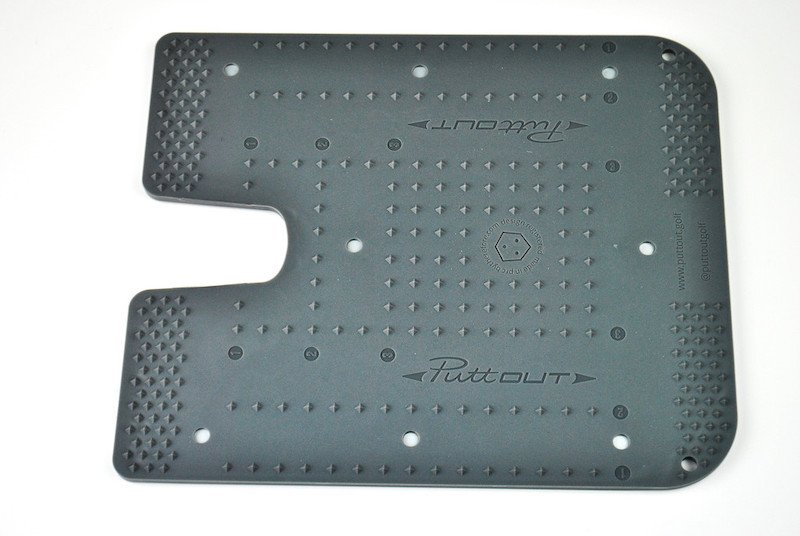 Additionally, between the mirror and the casing is a feature that is so simple in its genius that it classifies as one of those “why didn’t I think of that!” items. PuttOUT has actually placed a thin steel plate in there, which I’m sure adds durability and rigidity to the design, but most importantly it let them make their putting guides (two included) magnetic. Why is that a big deal? Because it meant during review I didn’t have to sacrifice having guides/gates on the mirror like I have in the past because other mirrors are dependent on using tees if you want that type of feedback. Ingenious. 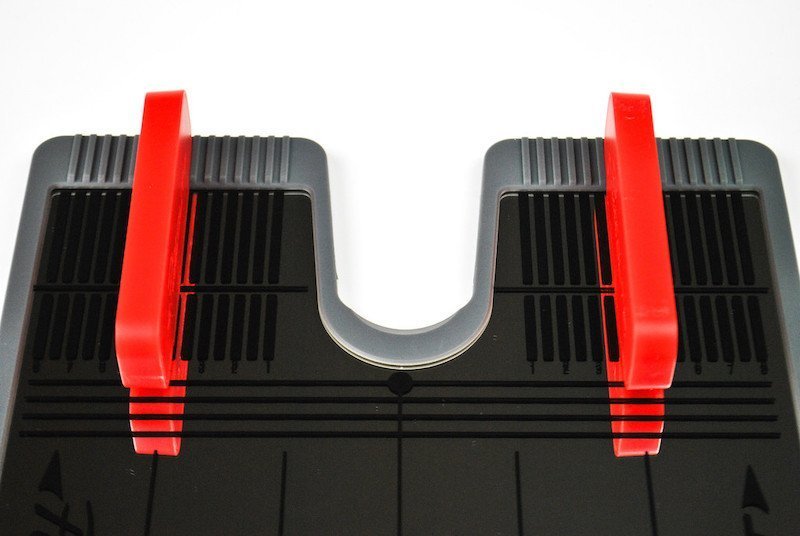 The markings on the mirror itself lend not only to providing the more popular feedback mechanisms (eye, shoulder, and putter placement for example), but also locations to place the “putting guides” for a variety of drills/feedbacks. A cool feature I found is that the guides are designed so that they lightly “lock” into the grooves on the front edge of the rubber casing making them more stable. Also, the width numbering on the mirror is handy there because I was able to remember after setting it up to my putter the first time exactly where they needed to slide in the next practice session. Beyond the standard putter gate, the guides can be placed in any combination needed for the user. I tend to take the putter back outside and too far back, so one guide on the outside and one parallel to the putter on the back of the mirror was a killer setup for my needs. The possibilities are endless here, and hopefully PuttOUT makes extra guides available down the line. 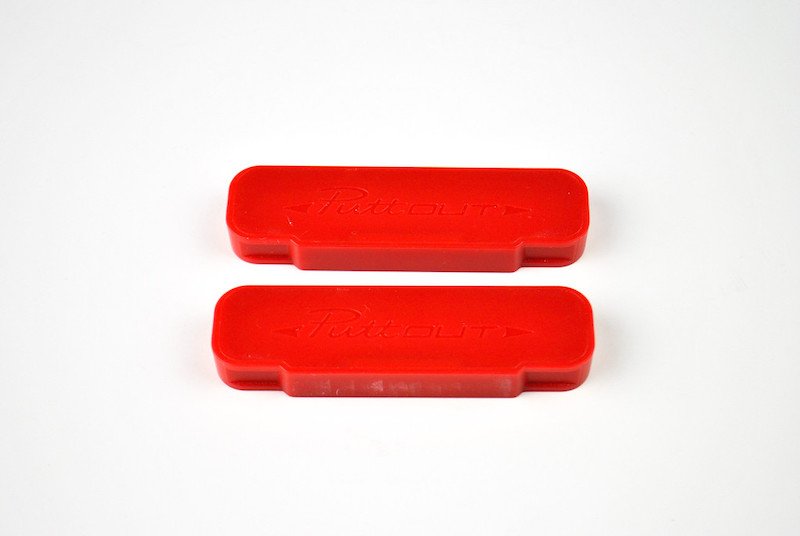 Also, the setup includes a standalone putting gate, which being made of steel provides weight and stability when combined with the two stand pieces that have the same type of “spikes” as the mirror. A note on the gate, it’s just wider than the golf ball, so in my experience works best as a short to intermediate target to ensure you are starting the ball on line. It does that job extremely well, but the further down the target line you get, the more difficult it will be for golfers to set up properly. This is why I think it would be pretty killer if PuttOUT were to revisit this and offer some additional gates at varying widths to use in combination with the standard one. 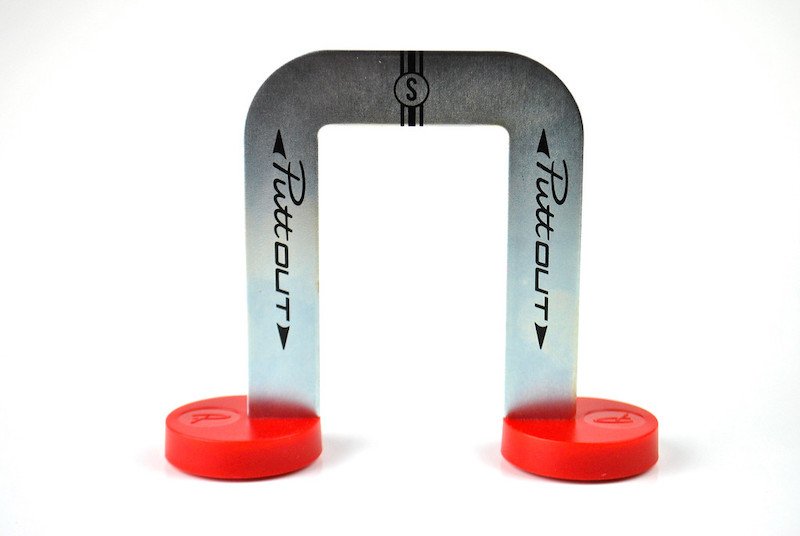 I know this is a deep dive on a training aid, but it deserves it because there is a lot more going on than meets the eye. Though this mirror setup is not as cheap as others, as it comes in at $74.99, I can speak from experience of having gone through many of those others, that this one has so far taken a beating and kept on ticking. As far as I’m concerned, PuttOUT is now safely three for three in their product development and releases, and that is no easy feat, but it definitely makes me want to see what is next.  For more information from the company, you can visit their website www.putout.golf.