These just arrived at THP HQ. It poured all night last night and most of this morning so I don't think I will get a chance to take these to the range until tomorrow. I can't wait to see how these perform! 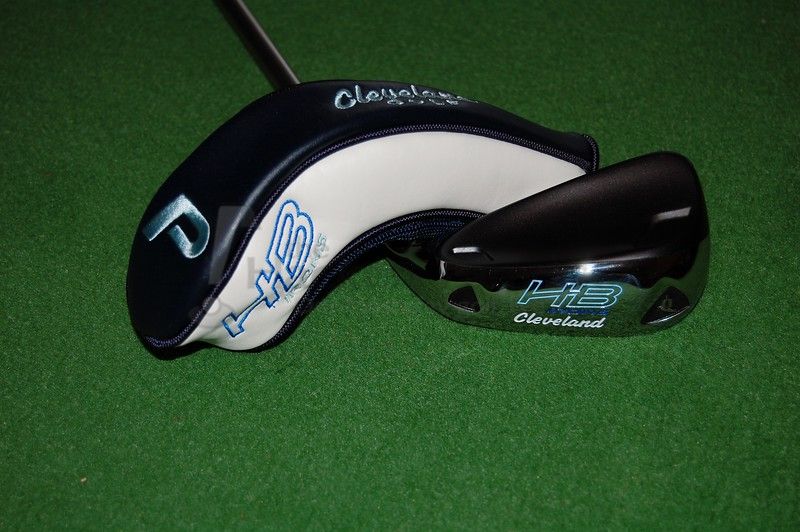 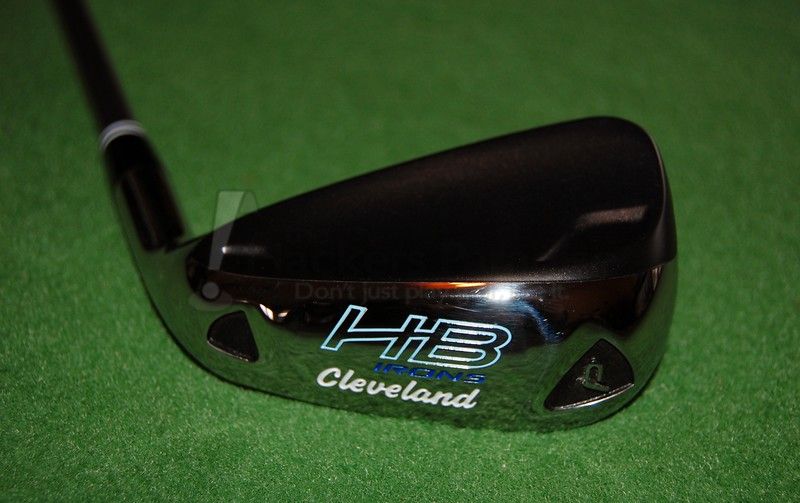 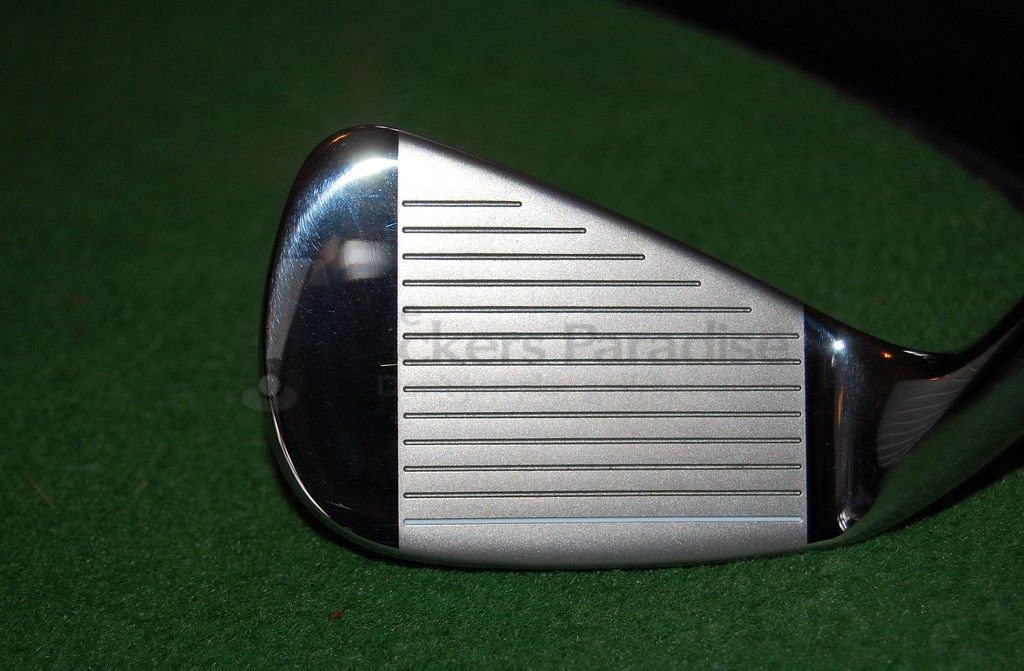 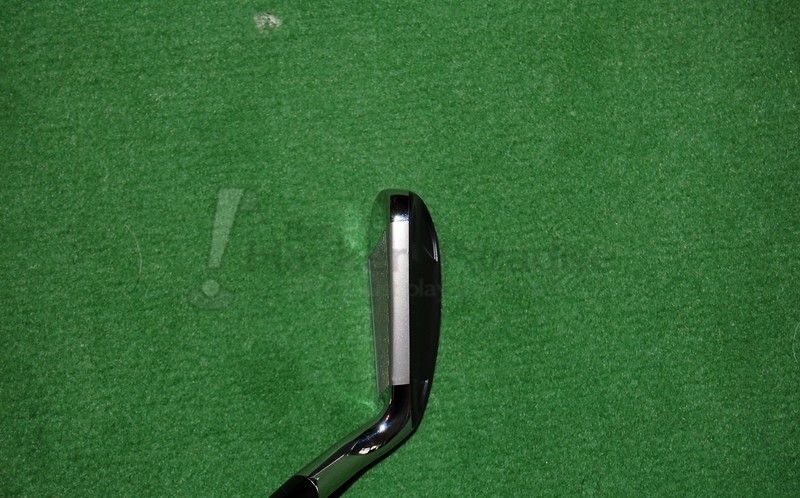 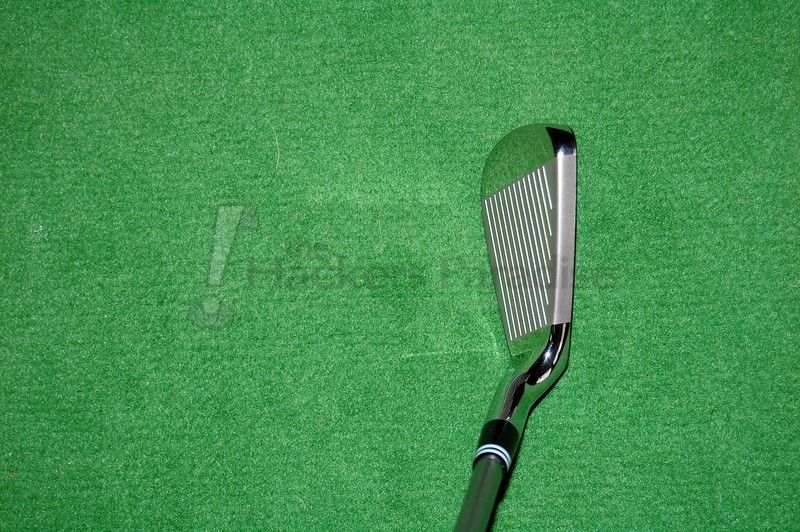 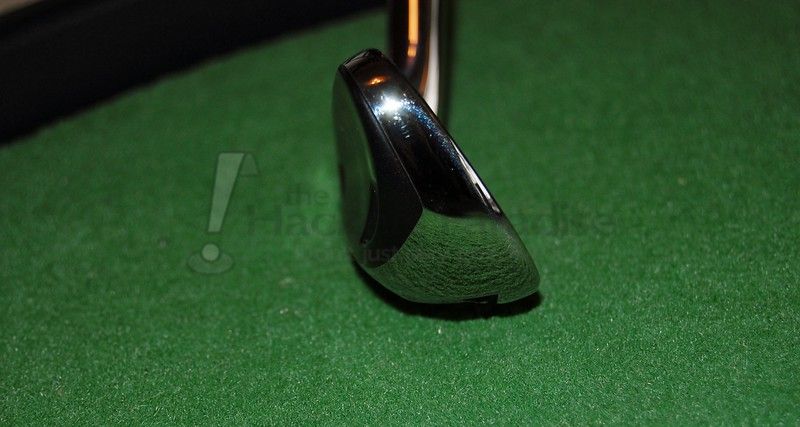 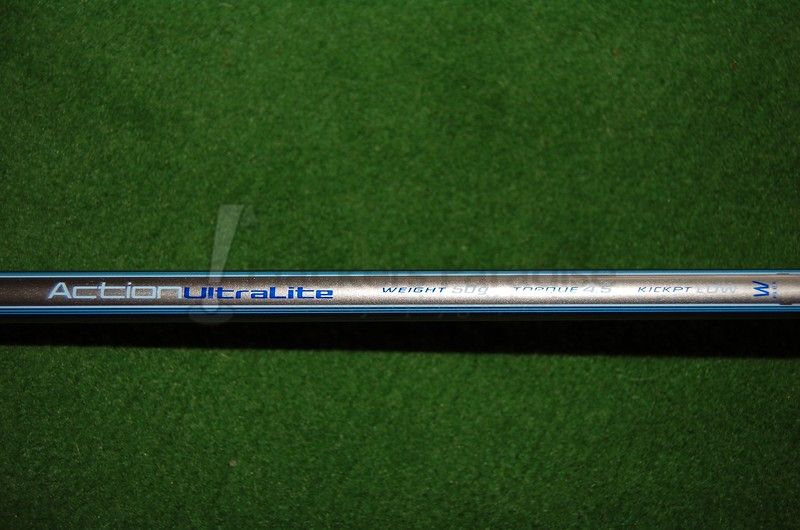 You have some iron action going on at THP HQ! Very interested in seeing how these work for you. I found the 'hybrid irons' really helpful last year.

Those are sweet looking clubs. It's going to be interesting to read your thoughts. It's looking like a lot more hybrid iron sets are making their debut this year.
In my pink

As someone that enjoyed the men's version of these, I look forward to GG's thoughts.
In my Bag Boy Hybrid

I am really intrigued with these and can't wait to get them out on the range to hit. I really hope it doesn't rain anymore today so I can get out there tomorrow. I will say that when you see them they look like they are going to be very heavy. However, when you pick them up they are super light. It was like I was expecting to pick up a brick but instead picked up a feather. If these can offer the forgiveness I need I have a feeling these are going to be a series contender for my bag.
Follow THP on Facebook!
B

look at all that off set, GG dont hook these to much. Haha I kid.

Very different looking irons, but they look good to.

Interesting looking clubs! cant wait to read your thoughts on them.

I think you'll like them. I liked the men's version more than I did the SuperLaunch.

They remind me somewhat of the Cobra Transition set which I tried this year. Very easy iron to hit with tons of forgiveness. The Cleveland HB's are a beautiful looking set of irons and I bet they are easy to get up in the air. You can be assured the worms will not be wearing Army helmets when these irons are on the course!
Spoiler

Look forward to hearing your thoughts GG, you sure have a lot of stuff to review these next few weeks
In my

I got these for Christmas and LOVE them. Golf Chick was in the shop last week and tried them out too and found that although she's had a little bit of a slice right now that these were a straight shot. I get a fair amount of distance out of them too (compared to similar clubs). Eager to hear your thoughts GG on these. I'll be playing them for sure at the Outing.

can't wait to hear your thoughts GG. I know JB liked the mens version. Looks like you have some new contenders for your bag between these and the burner 2.0's.
Want to know what's in my

Those are nice looling GG! Best of luck with them when you are finally able to get out there!
In My 2010

Thanks to TaylorMade and THP | *:vibrant: Sparkle Red Coated

So I took these out to the range and course today during my round with JB. I have mixed feelings so far. I have a mental issue with hybrids at the moment so hitting these compared to another iron was a bit of a struggle from a mental stand point. Every time I set up to them I would think it was a hybrid and my shots suffered. However, when I did get a hold of the ball these clubs performed! They are long and straight and have great ball flight.

I was hitting them longer then the TaylorMade SuperLaunch but not quite as long as the TaylorMade Burner 2.0s. These have a very distinct sound to them at impact and I am still up in the air on whether or not I like it. It sort of sounds like you are hitting a driver but not quite so loud. I am very intrigued by these irons and I am really looking forward to taking them out again this week.

If I can get past the look at set up (looking like a hybrid) I think these could be a very strong contender. Maybe it will even help me hit a hybrid again because right now those clubs are in serious time out.
Follow THP on Facebook!
R

My darling spouse took me for new clubs, under the guise that we were looking for him. I started golfing last april, and my first set was a Tour Edge Reaction. It served its purpose well but I couldnt hit the driver to save my life, I had added a Cleveland 3i hybrid to replace the non-useable driver, and of course I acquired a niblick as well, threw out the stock putter and added an odyssey. I was not in the market to drop any money on my clubs, but DH needed some new ones.

Next thing I now I am in the swing booth and trying out all sorts of models including the adams as07, callaway diablo, the bloom series, the hb series, and Nike as well. Its a godsend to have those tools to get clubs that work for you, but it sure is weird to swing into a black hole. Time and again the HBs were down the midde and within 5 rather erratic yards of the Diablos, I did end up with the Cleveland HB series of irons. It definitely changed the game for the better for me. I have a horrible curve to the left. My instructor works every 4 weeks with me on this.

Then of all surprises the guy hands me a few drivers of which I have never hit anything successfully. Up until this week I had no driver in my bag... I was middle of the pack against the ladies in the club, and never pull out a fairway wood or driver. My results at the driving range each month with drivers and woods were dismal. First driver he handed me was a bloom 11.5, and the very first ball went 150. I darn near wet myself in surprise. Swung again and it went 157. Not a one of them gophered, none careened out of control. I am in love.

I belive I would like to add a mashie to the mix for the thick rough at our course. Tried his baffler and convinced me I need funky hybrid with a goofy name.

roadtrip that is awesome!! I tried the Cleveland HB irons and the last outing and if I hadn't just got a set of Nike Slingshot irons these would have been in the mix. There is no better feeling then when you pipe a drive down the middle.

If you are looking at hybrids you should also throw the wilson fybrid into the mix. ddec had surprised me with on randomly after I had tried his moms one day at the range. I have compared it against the mashie and the baffler and I still get better numbers with the fybrid. rockbottomgolf.com has them for around $30. Just a suggestion.
In my

GG, did you spend any more time with these clubs since the initial session?
In my