While newcomers to the game may not be familiar, the name Robin Arthur is one that is well known throughout the golf industry for many of his shaft designs which have racked up 312 Tour wins. Bottom line, his reputation speaks for itself. It is because of those things that when Robin announced the creation of Xcaliber golf shafts, there was a definite level of intrigue and buzz.

Since then though, it has been an up and down journey that is the prime example of the fact that sometimes life just happens, but as we head into 2020, Xcaliber is looking to truly establish a consistent presence with an entirely new team running operations and allowing Robin to do what he does best, design.

While I have been able to review some of the Xcaliber products in the past, I was excited to have the opportunity to tell a little bit more about the brand and just how significant the breadth of products and designs they have available really are. This is not a company that is a one trick pony. 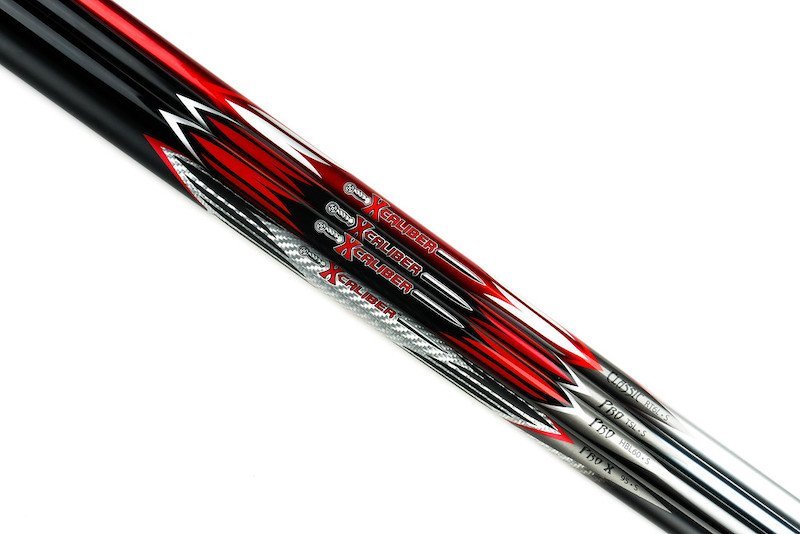 What are the Goals of Xcaliber?

Rather than a quick take, I think it is better to take a deeper look into just what Xcaliber is hoping to accomplish in an already crowded shaft segment, as well as break down a couple of misnomers about them.

The first thing you will notice when you go through the Xcaliber website is the amount of products. This isn’t just about making a driver shaft or two, Robin and company have aimed to produce an entire graphite shaft lineup with multiple options in all areas: drivers, fairways, hybrids, irons, and even wedges.

The second thing I think most will notice is the vernacular used to describe their products. It is, in my opinion, far more down to earth and understandable to the average golfer compared to the vast majority of golf shaft manufacturers. Where some stick to the science and others the tech specs, Xcaliber uses terms like boring, penetrating, flat, soft, and others to describe their products, all very average golfer friendly, and definitely unique to see in the current golf shaft segment.

Finally, the actual beliefs and goals of Robin with the current iteration of Xcaliber are out there for all to see on their website. Namely, both center around what Robin calls the “truth”. One, that the cost versus performance correlation is greatly exaggerated and higher price doesn’t mean higher performance. Two, Robin is very blunt in his statement that the overwhelming majority of materials being sold to people as advancements have either been used before or are just marketing lingo. Bold and disruptive statements to be sure.

With all that in mind, lets take a quick look at four of the different offerings from Xcaliber that Robin and his crew are very proud of, and eternally confident in.

The PRO TSL is in Xcaliber’s words a Tour quality driver shaft, but with a price point of $89.99. I bet that caught your attention. 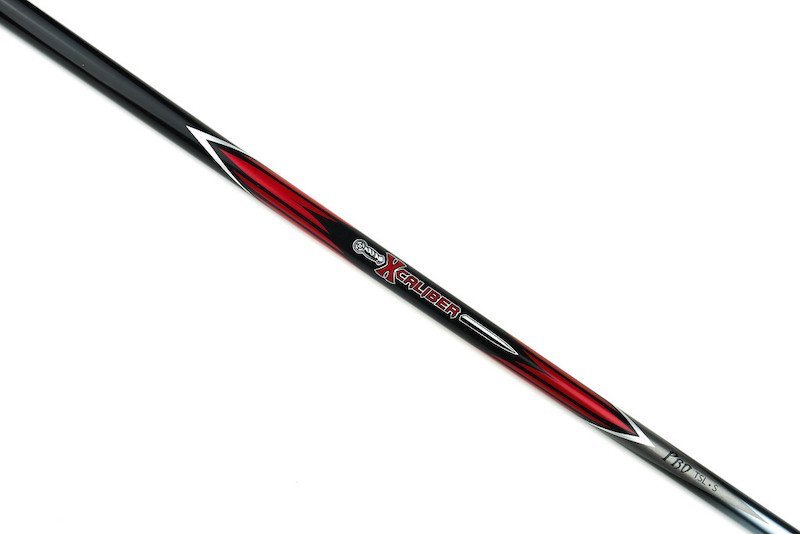 Designed to have a mid-flight as well as low spin, but in a “SuperLite” package, the PRO TSL is supposed to work well with both Tour level swings as well as slower swingers with more aggressive moves. The big part of the story is the weight, with R, S, and TS flexes it comes in at 49g, 50g, and 51g respectively. The build itself relies on a very stiff tip section as well as maintaining stiffness in the hands to create a very unique profile that Xcaliber states is the only one of its kind at this weight, and at that eye catching $89.99 price tag to boot.

Hopefully this one is familiar to readers as THP writer Dan Edwards spent time reviewing it last year, that review can be seen here.

For those not familiar, the PRO HBL60 comes in at a price of $79.99 and is a higher balance point shaft focused on a higher ball flight while keeping spin under control and mixing in a softer feel overall despite being aimed at golfers with swing speeds from 100-120 MPH. 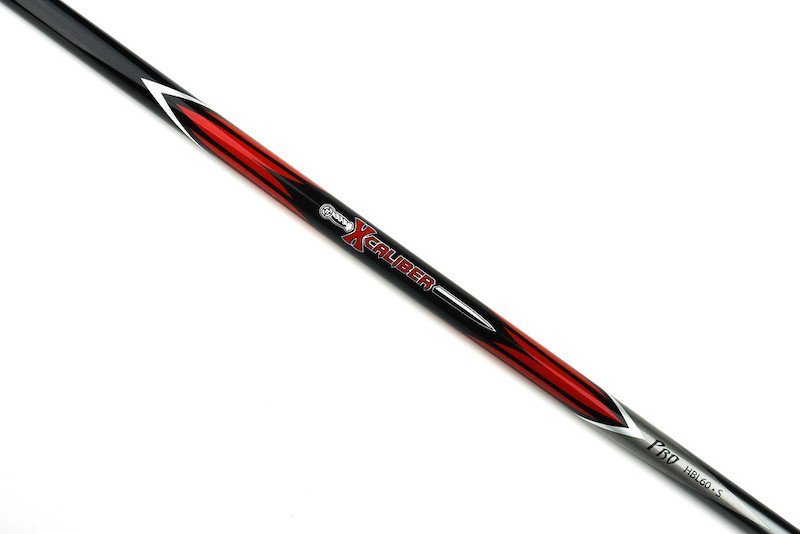 The HBL60 is available in three flexes, R, S, and TS which all stay within the very traditional 60-64g weight range. Xcaliber goes so far as to call the HBL a “golf ball destroyer”, which is definitely bold talk, but with a medium mid and butt section paired with a stiffer tip achieved by using filament winding techniques, the profile definitely should lend itself to the stronger swingers as the company states. To go a step further on that thought process, if you take a second to go look at Dan’s review the Foresight GC2 data definitely backs that up.

I actually had the ability to review for THP another “staple” of the Xcaliber wood shaft lineup last year, the Classic RT6.  Not only did it review well, it shocked me for its price point. Now, the RT6L is available from Xcaliber and features a filament wound design offering slightly lower launch and spin than the RT6 for a price point of $69.99 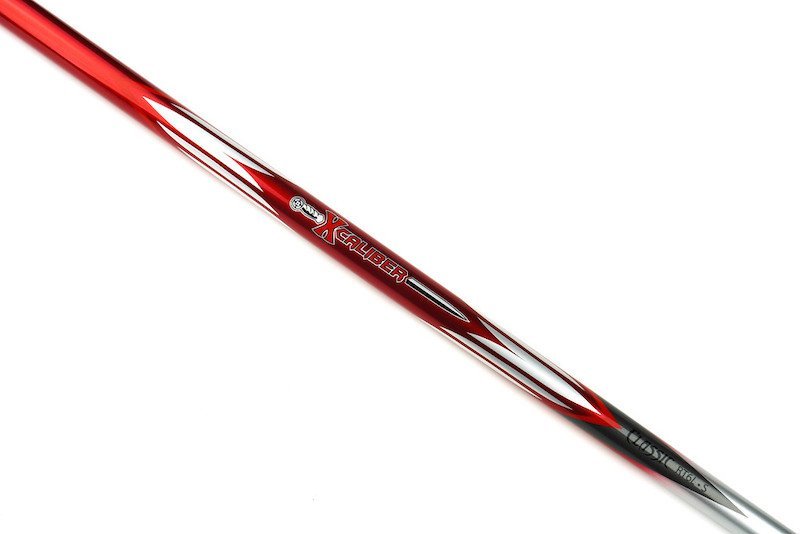 That profile talk is an exciting one for me as those two changes in flight and spin could have made the RT6 even more successful for me. That said, the shaft is aimed at the 90-105MPH crowd and offers only two flexes, R and S. In the case of the RT6L both flexes come in at 65g.

The filament winding is the real point of emphasis here for Xcaliber as according to them it means they can achieve uniquely consistent torsional traits along the entire length of the shaft that cannot be done any other way. The name of the game is stability in this one, and a sense of being “all there” throughout the swing.

When on your website you start the description of your shaft as “cuts like a knife through hot butter”, then you are obviously pretty confident in the product. At $39.99 per shaft, Xcaliber is offering a lot more in the PRO-X iron shafts than I think anyone will expect. 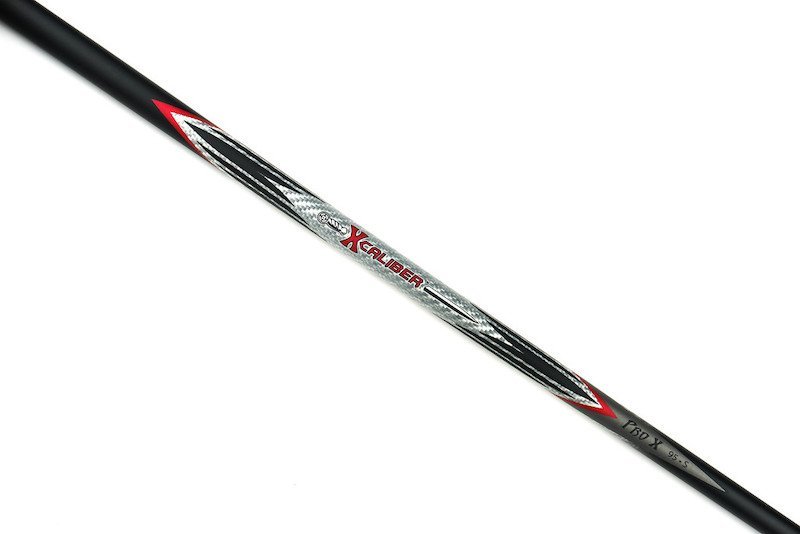 Available in A, R, and S in the 85g option as well as R and S in the 95g, Xcaliber has attempted to hit the widest range of graphite users out there. In what are easily the best aesthetics of any of the company’s shaft offerings in my opinion, the PRO-X showcase the woven fiber/metal materials that the shaft features. The purpose of this material blend is similar to what we have seen from other companies at a much higher price, thinner walls but without sacrificing stability. 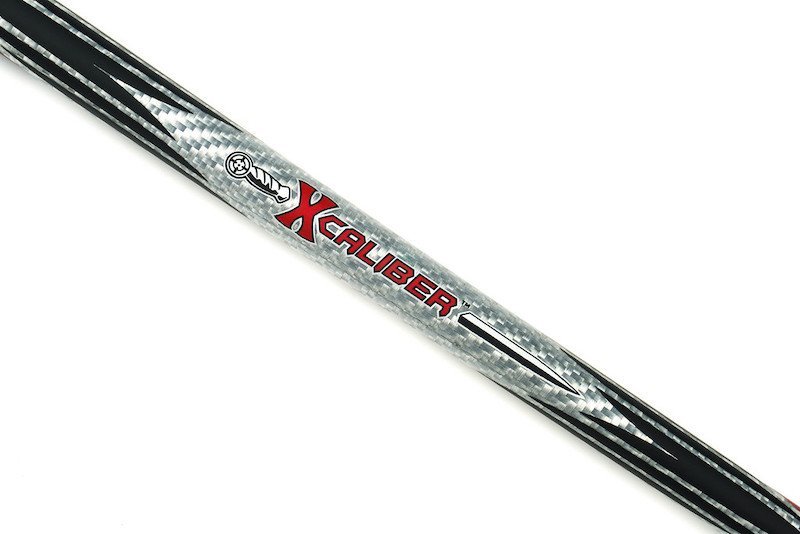 According to Xcaliber the goal here was “steel-like” trajectories and spin but with the dampening that graphite provides its users. Essentially, what all graphite iron shaft manufacturers are seeking to create, but at a very attractive price when all things are considered.

It would appear that Xcaliber is very much on stable footing now and seeking to truly take advantage of the mind behind the brand when he is doing what he does best. Robin Arthur surrounding himself with people who know the industry is a great thing to see, and definitely provides a layer of positivity surrounding the brand. Not to mention, moving forward they are putting a heavy focus on being an option in some of the most high-end fitting locations in golf.

That part is significant because though the prices have always been attractive, the golf industry is one that sadly has been programmed to believe price means quality, something Xcaliber is quick to fight back against by detailing their meticulousness when it comes to where and how their shafts are produced. Just because they are affordable, does not mean they are cheap, and being in fitting studios where golfers can try them against anything else out there is a very exciting step.